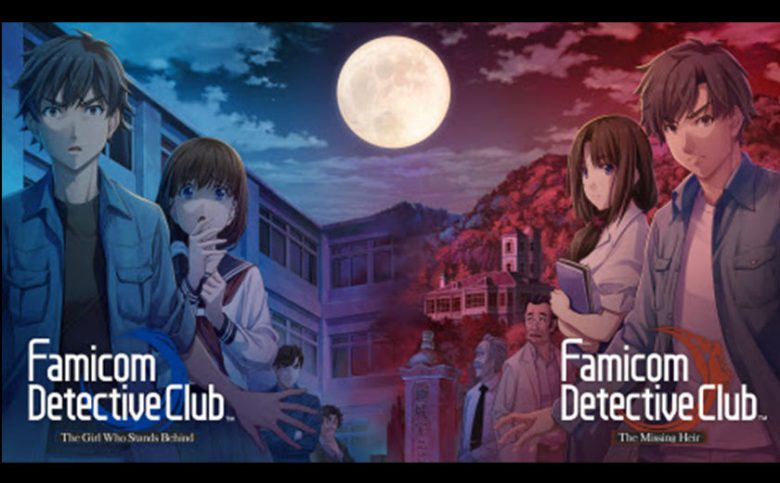 Question suspects, reveal secrets, and immerse yourself in two chilling murder mysteries with the Famicom Detective Club: The Missing Heir and Famicom Detective Club: The Girl Who Stands Behind games. These suspenseful tales are now available in the U.S. for the first time for $34.99 each, fully modernized for the Nintendo Switch family of systems. If you purchase one in Nintendo eShop, you can get $10 off the other!

Famicom Detective Club: The Missing Heir – The wind whistles through the lush Japanese countryside. A man named Amachi finds you unconscious and stricken with amnesia. After you awaken, you eventually learn that you are a detective working to solve a murder involving the wealthy Ayashiro family. Gather your wits and work to uncover the culprit and your past before tragedy can strike again in this harrowing investigation.

Famicom Detective Club: The Girl Who Stands Behind – Night has fallen over Ushimitsu High School. After a student loses her life while investigating the story of a bloody ghost that haunts the school, the unnerving tragedy leaves the local community and the victim’s classmates shaken. As a detective in the making, it’s up to you to discover the truth behind the murder and the ghastly rumor of “the girl who stands behind” in this suspenseful prequel tale.