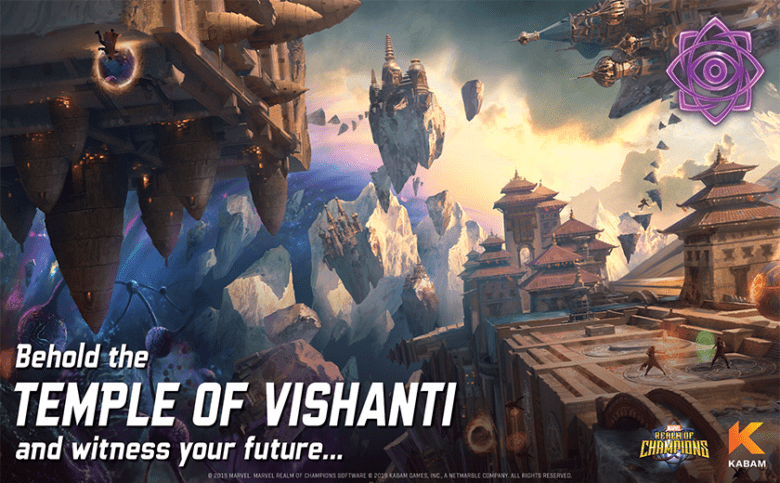 The Isles of Agamotto were once simply The Island of Agamotto. Little is known of the time before The Great Cleft that cracked the single island into multiple fractured realities, but in its wake, the mystics of The Temple of Vishanti began their scholarly federation. Their primary focus was and remains the Mystic Caldera within which lies a dangerous and powerful portal to other dimensions, some even too dangerous for The Ancient One to study for too long.

Though the Caldera is a source of knowledge for The Temple of Vishanti, it is also a source of danger. During The Maestro’s Conquest the Temple remained neutral, much to the ire of other Houses and even members of the Temple, many of whom resisted his rule. Though outwardly this seemed to many as an act of pacifistic cowardice, only the Sorcerers Supreme know the real reason: The Ancient One could not fight a war on two fronts. Maestros’ destabilization of the realities of Battleworld dislodged many of the mystic safeguards in place throughout the Isles of Agamotto, causing The Dark Dimension’s horological stabilizations to falter.

Now that The Maestro is dead and the safeguards restored, the scholars of The Temple have returned to their study of the Caldera and the realities across the Isles. From their capital in Kamar-Taj at the threshold of the swirling dimensional vortex, to their archive of arcane curios in the Sanctum Sanctorum, the Sorcerers Supreme are poised to be powerful players in the coming days if only they can turn their eyes towards the real dangers in front of them, as opposed to those that lie behind a mystic veil.