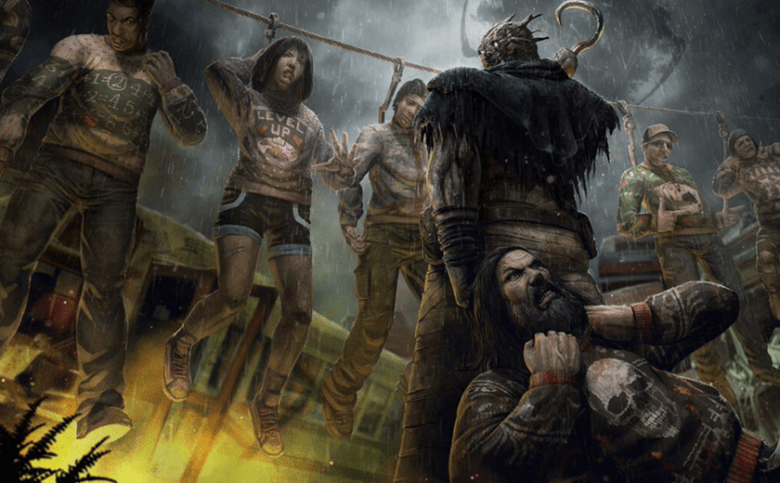 Dead by Daylight, Behavior Interactive’s asymmetrical horror game, has been quickly growing ever since its release in 2016 — not only in its community but in content as well. With so many Killers and Survivors to choose from, it can be daunting for new players to decide where to start … so today, we’re going to breakdown how to get the most bang for your buck when starting out in Dead by Daylight.

We’ll start with the Survivor side of things first because, honestly, it’s much easier to get into for newer players. This is because, unlike the Killers, all Survivors play exactly the same. The only difference is their cosmetic appearance as well as their three unique perks. Now, all Survivors can learn every perk in the game, even those unique to other characters. But there’s a catch — in order to make a character’s unique perk “teachable” to other Survivors, players will have to spend precious Bloodpoints leveling up that character. So if, for example, you want to play as Bill, you will still have to level up Jake to get his three perks. Teachable perks appear on every character at levels 30, 35, and 40.

Luckily, there are many fantastic perks available on some of the starter characters, meaning new players won’t really have to spend a dime on the Survivor’s side. Claudette’s Self Care perk allows Survivors to heal themselves without a medkit, and Meg’s Sprint Burst helps with a quick escape from Killers, and Adrenaline allows players to heal and get a speed increase during the Endgame Collapse. The only real suggestion for beginner Survivors (at least as far as purchasing characters goes) is to get Ace for his Ace in the Hole perk, because when combined with the perk Plunderer’s Instinct (available to all Survivors), will allow for much better gear when looting chests.

Nea also comes with a couple of great perks like Balanced Landing, which will make the Survivor break into a sprint after falling from a high area. This could be an alternative to Sprint Burst, although its situational nature makes it not quite as good. She also comes with Urban Evasion, which highly increases her movement speed while crouched. This perk is great for Survivors who want to take a stealthier approach. Both Nea and Ace come included with the Special Edition of Dead by Daylight, but will have to be purchased in the vanilla game.

Moving now to the Killers … when it comes to getting the absolute most out of your dollar, there is only one Killer I can point to — Leatherface. Leatherface himself is considered a low-tier Killer by many (one who only works well in the lower ranks) as not many people will know how to counter him at that point. His chainsaw ability is straightforward, and makes him a very good choice for beginners, though admittedly his chainsaw is more often used for quickly destroying pallets mid-chase than actually injuring Survivors. However, Leatherface’s selection of perks makes him a character who shouldn’t be missed. Barbecue and Chili alone makes him worth the price as the perk not only allows Killers to see the auras of Survivors after hooking a player, but it also gives extra Bloodpoints at the end of the match, which is extremely useful for anyone just starting out.

But when it comes to good overall Killers, regardless of perks, I’d say Freddy and Demogorgon are two of the best right now. Both are easy to use with varying ways to teleport quickly across the map. Map pressure is a big factor in Dead by Daylight so being able to easily move from one side of the map to the other will be a great help in securing victory. Demogorgon also has a Shred ability, which allows him to lunge forward and hit Survivors from a short distance, giving him more tools to help during the chase.

Finally, we have Michael Myers. Michael’s perks may not be very beginner friendly, but his power allows him to take down Survivors in one hit. He can even outright kill them with the right add-ons, although these are a bit rare. He can also be played stealthily, given his low terror radius.

Hopefully this article will help you in choosing your first Survivor and Killer main as well as assist you in gaining a slight edge in those early ranks. There are a ton of characters to choose from on both sides, and if one of them looks better than any mentioned above, it won’t hurt to try them out!

For the latest Dead by Daylight news, stay tuned to GamingLyfe.com for more.