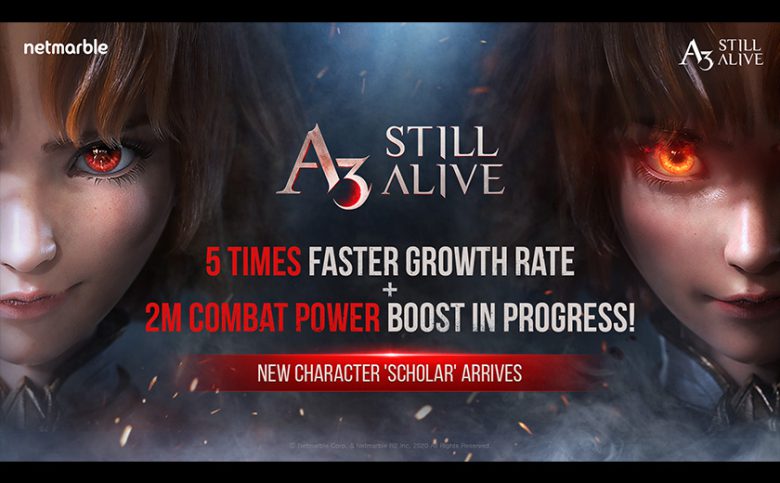 This morning, Netmarble released their latest update for A3: STILL ALIVE, their dark fantasy open world mobile RPG, which adds the all-new ‘Scholar’ class for player warriors to experiment and train with. As part of the update, Netmarble is celebrating with a variety of in-game, regions, and dungeons for players to check out and try the new class on.

To celebrate, players can look forward to a series of in-game activities that boost combat power and offer buffs that benefit the continued growth of their characters, Soul Linkers, and Shus, the player’s Avian familiars that assist them during battles.

Scholars are a new and well-rounded warrior class in which players can specialize in close and long-range combat depending on which skills are used. The Scholar also has access to four types of summons they can activate. Players eager to play the Scholar can look forward to new Starter Missions, which offer various rewards once completed. After the update, players will receive a 7★ Hecamione Soul Linker, EXP Soul Stars, Complement Chests, and other various boosting benefits in order to reach 2M Combat Power in 2 weeks, regardless of the classes.