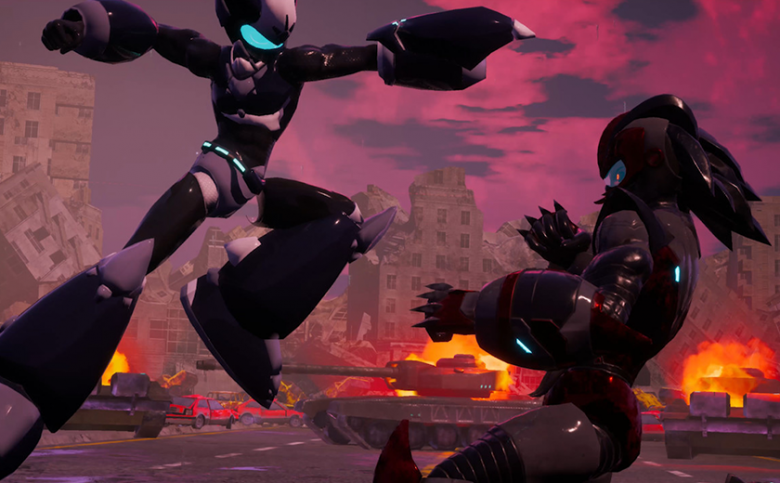 Indie game developer and publisher DigiPlox is proud to announce November 26th as the worldwide release date for Android Hunter A, the studio’s next-gen flagship shooter taking classic action platforming to the next level with its cinematic quality, action-packed gameplay and vibrant diversity of environments. Produced and designed for fans of side-scrolling action games, Android Hunter A takes inspiration from classics such as MegaMan™ and is available exclusively via STEAM™

”With the imminent discovery of the enigmatic Base Metal insulating the activity between humans and androids, its contestable power and properties made the idea of coexistence futile. The intrinsic androids began to overtake various man-made environments and creations, establishing their presence in the busy streets of future earth, the endless greenery and universal gifts bestowed unto the world by nature, and even the industrious areas that strove to enhance themselves through the use of robotics. The sluggish advancements were not to be waited on, as the rejuvenating effect that the Base Metal had on the androids was unavoidable; the takeover was just a matter of time… ”

Android Hunter A challenges you to master and conquer eight cleverly designed levels packed full of enemies, obstacles, and unexpected surprises. Run, jump, dash, and shoot your way through richly detailed environments and experience a story like no other. Explore and enjoy the fully animated and captivating narrative rendered in glorious detail; through your “empowered” state, you gain accelerated movement giving you more powerful and faster blasts. Shoot ferocious bursts of energy towards your foe and take out anyone standing in your path.

Android Hunter A is packed full of content and offers more than frantic action and split-second decisions. You can use Base Metal to unlock fantastic customization items to personalize your favorite look using a vast and diverse selection of unique items such as visors, helmets, and much more. Test your skills using the unique ranking system to track your progress and earn ranks based on your performance. Android Hunter A invites you to fight alongside the United Rebellion on PC, macOS, and Linux, with console ports coming soon.