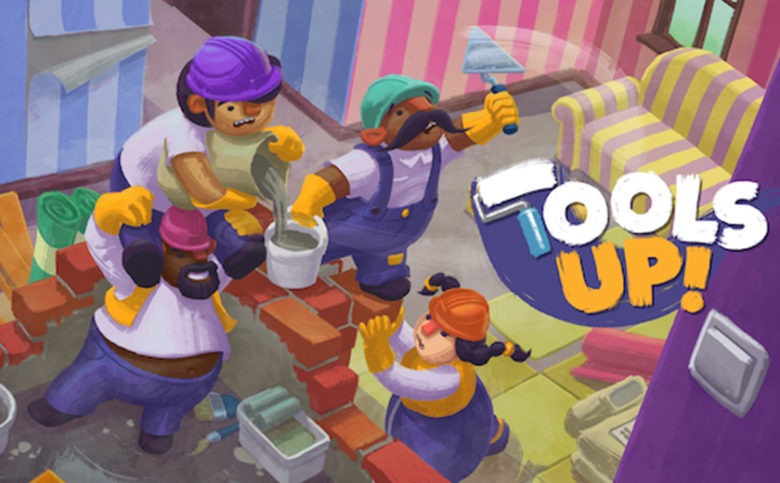 Publisher All in! Games and developers The Knights of Unity have been toiling away sprucing things up and generally getting the place ready for, well, today! Releasing for Nintendo Switch, PS4, Xbox One, and Windows, Tools Up! is topsy turvy apartment renovating good times… arriving just in time for your upcoming friendly, family, or office party to round out the year.

Grab yourself a pal and a paint roller (and maybe a controller, or something) and get goin’! The crew from All in! Games will be celebrating release on a live stream at 2pm Eastern / 8pm European so join in on the fun! Links will be posted to Twitter ahead of time.

Tags: Action, Adventure, All In! Games, Casual, co-op, Simulation, The Knights of Unity, Tools Up!