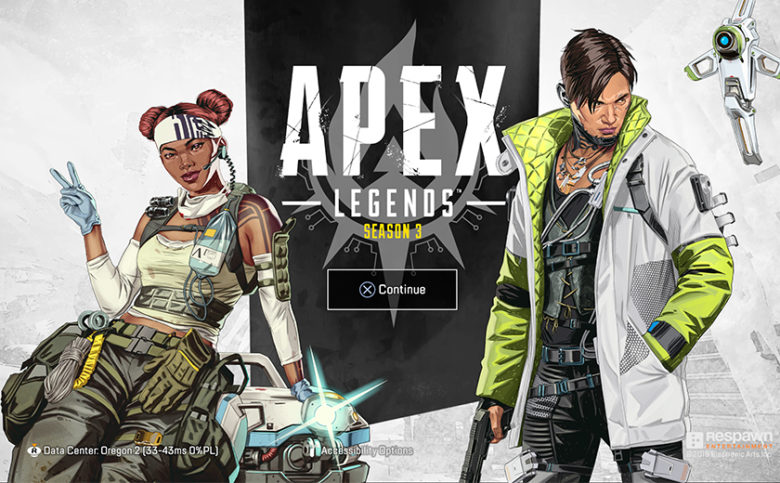 Apex Legends Season 3 has delivered the biggest update the game has received to date — a brand new map, a brand new character, a brand new gun, and so many more additions and changes to the overall game. Players are hard at work learning new areas on the map as well as getting used to all the latest changes to the META of the game via the entirely new map design as well as the changes to characters, guns, attachments, and abilities. With all of these revisions, this article will cover everything you need to know in order to hop into Apex Legends Season 3 and be ready to go! 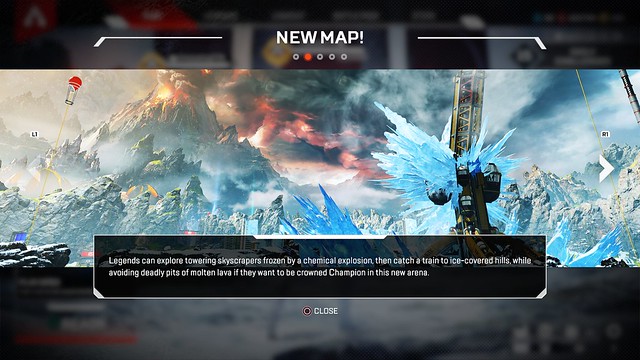 World’s Edge has replaced Kings Canyon as the Apex Arena, and it has brought so many new experiences for players (from massive geisers that launch you into the sky for redeploy of your jetpacks, to a large train that travels throughout the entire map — or sprawling frozen wastelands, to scorching lava tundras). The size of World’s Edge is exponentially larger than the previous map of Kings Canyon. This has made ranged weapons much more of a necessity, considering you will almost always run into at least one person in a squad who will start to shoot you with one of the various ranged weapons. This includes the new Charge Rifle that has been introduced with Season 3 that’s one of (if not the) most powerful weapons at range. Even though the map does now include areas of wide open space, there are also areas that are condensed for more close-range gun fights. There are two massive city areas (Skyhook and Capital City) that include skyscraper buildings that you can enter and proceed through multiple floors of. These places will most likely be a great place to land for early game gun fights, depending on the position of the initial drop ship. The cities feature long-range areas as well as tight, close quarters areas for quick engagement.

A great way to discover World’s Edge is by landing on the train that travels throughout the entire map. The train will have loot chests to open if you are the first team to land there, and you are very likely to find one or more purple or blue armour within these chests. The train will stop at various locations across World’s Edge, and when it does arrive at a station, there will be specific loot chests that appear for the duration of its stop. This is a great way to travel around the map and get loot in the process. Venture into the lava-tainted areas of the map, and watch your step as the lava can burn your shield and flesh to a crisp if you make the wrong move. Lava city (on the outer edge of the map) is another great place to land for close quarters engagements within multiple story buildings. Like almost every place in World’s Edge, prepare for long-range engagements after you are prepared to leave most areas (unlike Kings Canyon, there is so much open space in World’s Edge). If you are looking to embrace the long-range playstyle, a great place to land with your squad would have to be Snipers Mountain. It is not labeled on the map but it is to the left of Skyhook. There is a clear path of zip lines leading up to it so you can reach it on foot. This area will feature six  loot chests with two of them (the closest ones to the sniper perch) guaranteeing snipers only. If you are lucky, you may get the new Charge Rifle so you can laser beam people from afar. 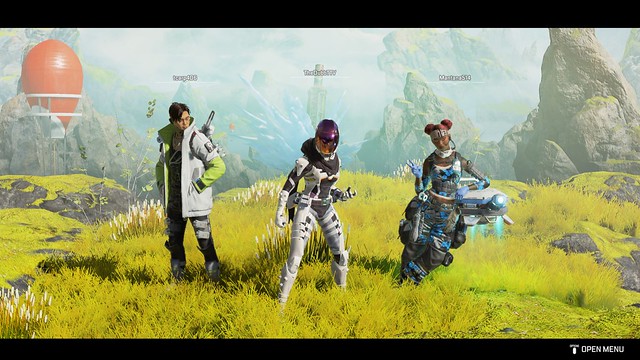 Crypto is the newest Legend available to players, and he brings with him a very unique playstyle. Even though he’s considered a tracker playtype, besides Lifeline, he is the second most support-like character in the game. His drone allows for unparalleled tracking ability for the entire team as well as the ability to destroy any placeable items (launch pads, caustic traps, wattson pylons, and traps) as well as deal damage to enemy shields. When he uses his drone, Crypto becomes vulnerable so ensuring he is safe or hidden is the smartest play. His drone can be shot down by enemies but until they manage to destroy it, the enemies will become highlighted for Crypto and his team. Crypto can leave his drone floating above the fight, and it will continue to scan enemies while he engages. Once destroyed, the drone will start to recharge but Crypto does have the choice to recall it as well allowing him to call it out at another time. His ultimate can be activated while he is in his drone, thus creating an area of effect around it that has a slight delay before activating. He brings a strong sense of awareness to squads, and many players are having a great time with this new legend. He also has the ability to pick up teammate banners from their death boxes, open and close doors, and can look at the massive hanging banners throughout the map for information on how many squads are in the area all while in his drone. Besides his gameplay attributes, Crypto has also been a big part of the Apex Legends lore and was the person behind the destruction of Kings Canyon during Season 2. I highly recommend watching the Apex Legends Crypto Short Film that goes over his extensive backstory! 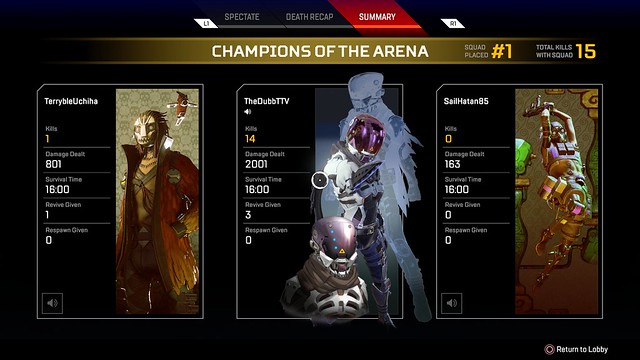 With the release of Season 3, the team at Respawn Entertainment have made a swift bunch of changes to various aspects within Apex Legends. Some of the biggest of these changes being the removal of disruptor rounds and the changes to the gold bodyshield and backpack. Below is a list of the patchnotes to Season 3.

Executioner Perk: Previously, the Gold Armor perk, “Executioner” gave a full shield recharge on successful completion of a finisher. In Season 3, all Legends will have this perk, meaning finishers will fully recharge your shields regardless if you have Gold Armor equipped or not. Gold Armor will now have a Guardian Angel perk that is detailed below in the Loot / Meta Changes section.

[Designer Notes: We’ve pulled back additional nerfs for further testing, but Wraith’s power balance is definitely on our radar.]

*[*Designer Notes: We think the number of hop-up types in the game is about as high as we want to go right now when we consider loot dilution and the likelihood of finding a desired hop-up. Going forward, we intend to rotate hop-ups each season — some may be removed from the loot pool to make room for new or returning ones. Below are the changes we’ll be making to hop-ups for Season 3.] 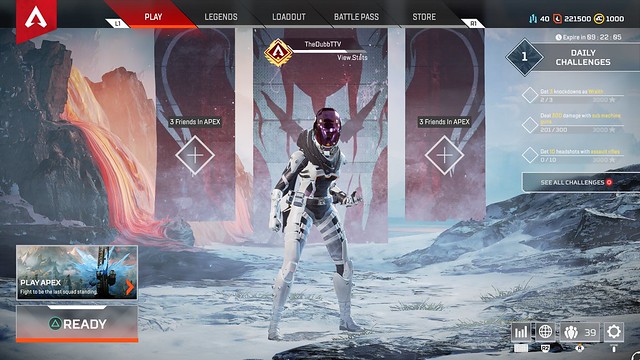 The gold backpack has a new perk called “Guardian Angel.”  With Guardian Angel, you will revive downed teammates with bonus health and shields (if they have armor).

The gold armor will now have “Fast Use” (consumable items take half as long to use) which was previously on the gold backpack. Now, you will be able to tell when an opponent has the ability to heal faster by seeing the gold armor damage numbers.

Designer Notes: For Season 3 weapon changes, our goals were to encourage and improve longer range gunfights and reduce power on some of the weapons that have been dominating lately. We will of course be closely watching data and player feedback on these during the season.]

We’ve swapped out the previous set of Gold Weapons with some fresh new ones for Season 3. Keep an eye out for these fully-kitted beasts that all include tier three versions of all compatible attachments, hop-up, and the following optics: 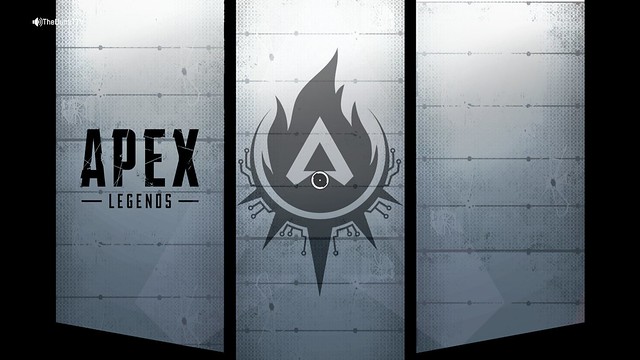 This extensive list of changes to Apex Legends has given players numerous things to get their hands on. It may take some time to get used to said changes and additions as they’ve been made in such vast quantities. The map itself is already a huge learning curve, and then pair that with the changes to the meta and the focus on long-range engagements! Apex Legends has a fresh feel that resonates with players and fans who are doing their best to adapt to the new play styles. Stay tuned to GamingLyfe.com for all your latest news and topics of discussion in the gaming industry! 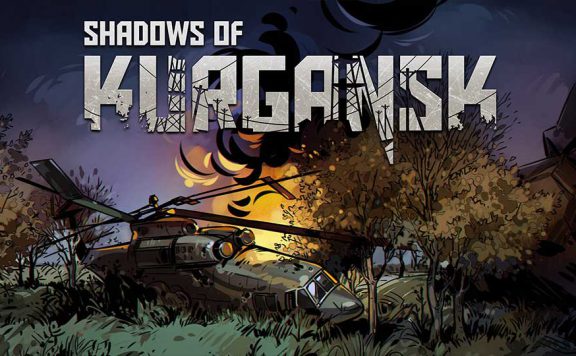