I think we all raised an eyebrow in excitement when Assassin’s Creed Valhalla was announced. Ubisoft decided to take a year off its annual release schedule for Assassin’s Creed titles following some internal changes so we didn’t know what we were going to get. Since its release in 2007 Assassin’s Creed has always been known as a stealthy action role-playing game as mentioned in its title. This the exact opposite of what being a Viking is all about. Vikings were a seafaring Norse culture of people from southern Scandinavia who pillaged, raided, pirated, and eventually settled throughout parts of Europe.  We get to play Eivor (Male or Female) a Viking raider who becomes deeply involved in the conflict between the Brotherhood of Assassins and the Templar Order. Assassin’s Creed Valhalla was developed by Ubisoft Montreal and published by Ubisoft available on PC, Xbox, PlayStation, and Stadia at a triple-A price of $59.99. 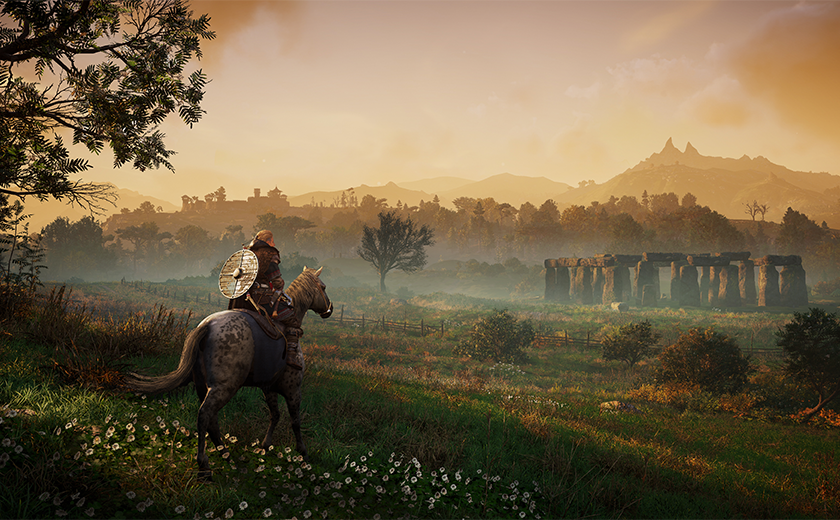 Ubisoft did a great job of throwing more jokes into the mix, as we all know the series can often be a bit too serious. You are offered a variety of playstyle customization options when you start the game. 3 levels of exploration difficulty which will make it harder to navigate and find objectives by minimizing your HUD. 4 levels of combat difficulty skald, vikingr, bersekr, and drengr which increase AI difficulty along with adding extra health and higher damage output from NPCs. Finally, 3 stealth difficulty settings apprentice, assassin, and master assassin which allow you to increase the guard’s perception for enhanced realism. After the prologue, you will be able to choose what gender you play through the story as or you can let Ubisoft pick for you. 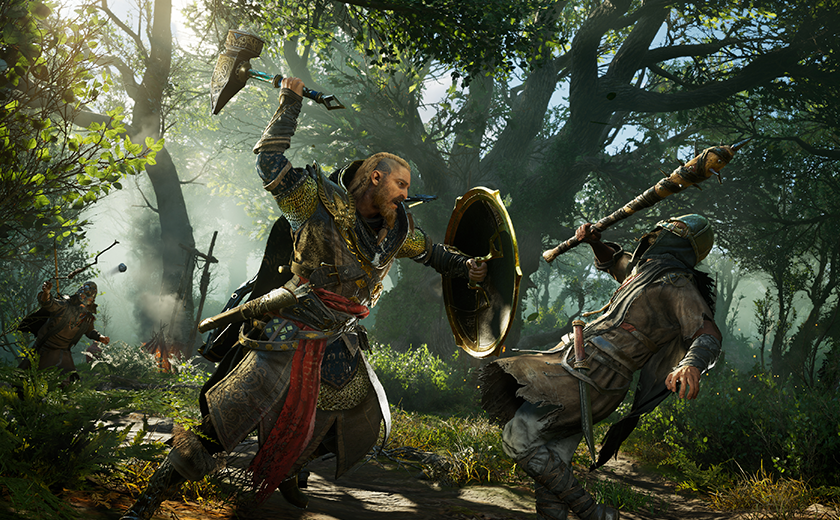 While the game uses the same combat system from Origins and Odyssey you might notice bits from the classic combat system of Assassin’s Creed II. Close combat relies on a mix of heavy and light attacks gated by a stamina meter and powered by adrenaline. Blocks, dodges, and well-timed parries are your defensive options but who needs defense anyway? It is a Viking game. I will play to the Vikings style which is a complete mongo rush down melee cleave until they drop then put their heads on a spike mode. Eivor has a ridiculously large skill tree broken up into 3 categories Melee, Stealth, and Ranged. If you can not find a playstyle in this tree you are playing the wrong game. AC Valhalla does feature a new gear system which we like. No more character levels so you can equip anything you find, and all items you loot will be unique. Find the gear that matches the build you enjoy the most and level it up so you can continue to use that playstyle.

A beautiful massive open world with exquisite environments is what you will get with AC Valhalla. I do think the map is a little too big for the amount of content given which makes it feel a bit sparse at times. The game however is not short of content as a whole it takes 60 – 80 hours to complete. Side quests come at a moderate pace and are engaging enough to want to finish. As for the story itself, due to the looping structure of the cut scenes, I believe both veteran and new players will enjoy it alike. We were fully into it here at the GLYFE studio but in the end, you need to be the judge of it yourself. Overall a solid story and gameplay system I think anyone will love. 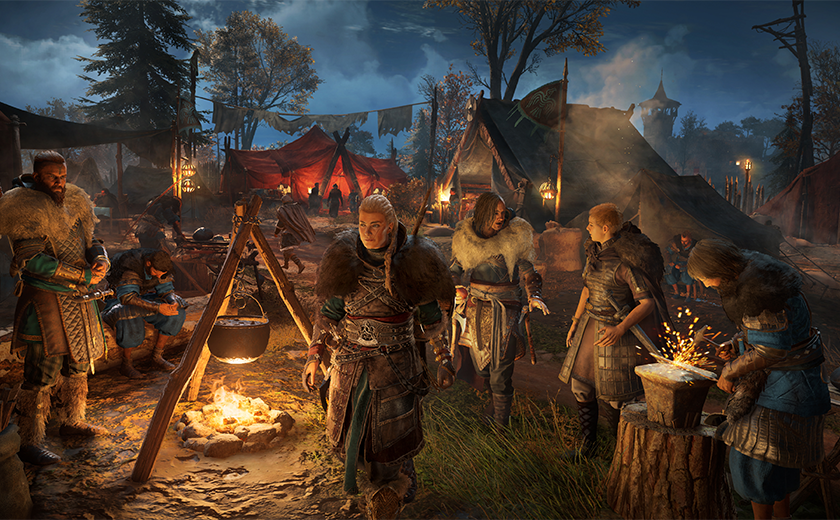 Every developer faced challenges releasing games in this current meta on the cusp of the next-generation console release. While some fared better than others it’s clear Ubisoft has it together. We enjoyed AC Valhalla on a gaming laptop powered by a 6 core i7, RTX 2060 graphics card, and 16 GB of RAM on a 1080 HDR screen. What a beautiful game! We experienced a few minor bugs here and there but nothing significant like crashes or freezes. It is a massive game that will extend you over 60 hours of conquering 16 regions. We love Vikings! Viking games are like pizza even bad ones are still good but this one is good. SKOL!

Tags: Action, Adventure, Assassin’s Creed® Valhalla, Norse Mythology, The Ravens Saga, Ubisoft, Vikings
Summary
I think we all raised an eyebrow while being excited at the same time when Assassin's Creed Valhalla was announced. Ubisoft decided to take a year off its annual release of Assassin’s Creed titles following some internal changes, so we didn’t know what we were going to get. While the game uses the same combat system from Origins and Odyssey you might notice bits from the classic combat system of Assassin’s Creed II. AC Valhalla does feature a new gear system which we like. As for the story itself, due to the looping structure of the cut scenes, I believe both veteran and new players will enjoy it alike. Overall a solid story and gameplay system I think anyone will love.
Good
Bad
7.8
Good
Gameplay - 9
Graphics - 10
Audio - 9
Replayability - 4
Controls - 7