PlayStation has formally announced the August free games line-up for PlayStation Plus members, and it’s a solid set of two great games (with one of them playable on PlayStation VR). These games launch on August 6th so you still have time to download July’s PS Plus games until then. Let’s take a look! 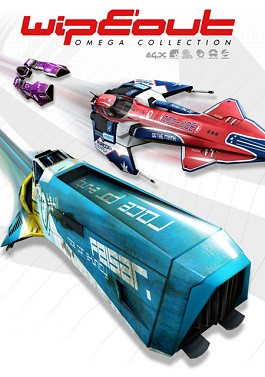 Wipeout Omega Collection is a remaster of the previous two titles in the Wipeout series: Wipeout HD (with its Wipeout HD Fury expansion) and Wipeout 2048. Wipeout HD itself contained content from Wipeout Pure and Wipeout Pulse. Players control anti-gravity ships which are owned by racing corporations (effectively referred to as “teams” in-game). Every ship has different characteristics — for example, each ship’s statistics vary in handling, thrust, top speed, and shield strength (and in 2048, firepower is a factor). Each craft is equipped with an energy shield that absorbs damage sustained during a race. Energy is lost whenever the player’s ship collides with the trackside barrier, other ships, or is hit by weapons fire. If the shield runs out, the player’s ship will explode and is consequently eliminated from the race. However, the player may replenish energy by absorbing weapon pick-ups.

Nine game modes appear in Omega Collection: Zone, Tournament, Speed Lap, Time Trial and Single Race from HD; Zone Battle, Eliminator, and Detonator from Fury … and the Career Mode from 2048. The games contain 26 unique tracks and 46 unique ship models, and also include local split-screen and online multiplayer. Additionally, Racebox (which enables custom races across all game modes) is included for all tracks. The campaigns are split into three groups, in a similar manner to how the HD and Fury campaigns were separated in Wipeout HD Fury.

Omega Collection was designed to be run at 1080p on the PlayStation 4 and 4K on the PlayStation 4 Pro, both at 60 frames per second. Van-Über and Tigron officially make a reappearance as playable teams, both gaining new designs — with the former as a digital pre-order bonus, though they are later bought as a redeemable code to obtain Van-Uber for free, with Tigron being unlocked early in the game.

Those looking for the ultimate thrill can experience the entire game, including all modes and tracks, in PlayStation VR. 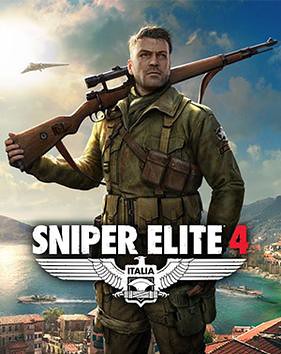 Sniper Elite 4 is a tactical shooter game with stealth elements, played from a third-person perspective. When the player kills an enemy using a sniper rifle from a long distance, the X-Ray kill cam system will activate, in which the game’s camera follows the bullet from the sniper rifle to the target, and shows body parts, bones, or internal body organs being broken or ruptured by the bullet. The system has also been expanded to include shrapnel kills, melee kills, and stealth kills.

The game’s artificial intelligence is improved, with enemies being able to react to the player’s action more responsively. When an enemy is killed, other enemies will begin actively looking for them. The player is equipped with a pair of binoculars, which shows the player where the enemies are and what weapons they are carrying. The game features the “officers” rank. Killing the officer as early as possible will lead his army to retreat while killing him by the end of a mission will significantly increase the level’s difficulty. The player can place traps and use corpses as booby traps. The game also features night missions, in which the player can remove light sources to hide their presence.

Both WipEout Omega Collection and Sniper Elite 4 will be available to download at PlayStation Store from August 6th until September 2nd.

I recommend both of these games for August, but I will highlight Wipeout a bit more … so if you are a fan of futuristic racing games like F- Zero, pick it up. If you are looking for a different FPS game that’s not Call of Duty, pick up Sniper Elite 4 as it is a great substitute for your FPS need.

Stay tuned to GamingLyfe for more!