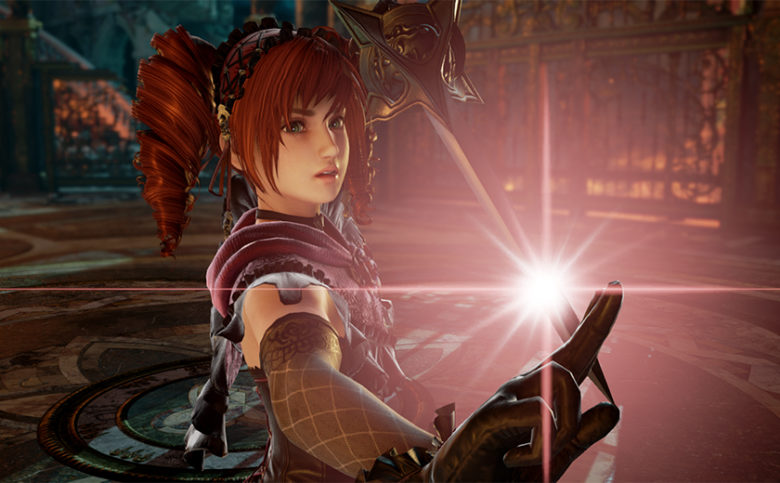 Coming out of this weekend’s EVO Japan competition, BANDAI NAMCO Entertainment delivered a combo of fighting game updates for both SOULCALIBUR VI and TEKKEN 7! Here’s a summary of what was announced:

Amy will soon join the stage of history in SOULCALIBUR VI! Born in the slums of Roven in the French Empire, Amy grew up in a crucible filled with violence, cynicism, and despair. But as fate would have it, a chance encounter with Raphael would change her life forever and set her on a path to become a great sword wielding warrior in her own right. SOULCALIBUR fans should prepare now for Amy’s impending arrival to deal pain and death to all who stand in her way. We’ll be back to update everyone on exactly when Amy will debut in SOULCALIBUR VI soon, stay tuned!

Along with Amy, SOULCALIBUR VI’s DLC #3 will arrive on February 19th with an array of classic armor and outfits for players to dress their favorite warriors in.

In the world of TEKKEN 7, things are taking a sinister turn as Negan from AMC’s The Walking Dead makes his grand entrance into the TEKKEN universe. But Negan’s not coming alone; Julia Chang will also make her way into the next battle, bringing her powerful fighting style to destroys all who stand before her. Both Negan and Julia will be ready for their next battles on February 28th.