Gamevil’s CEO Song, Byung Joon has announced that Gamevil Baseball Superstars 2020 (GBS) is bringing casual fantasy baseball to mobile devices globally in August. Players can pre-register for launch beginning today at the official website. With over 70 million downloads across the long-running series, GBS is one of Gamevil’s most popular IPs and draws in a diverse fanbase thanks to easy-to-grasp gameplay and RPG mechanics.

Players who pre-register on the official website will receive one of the top trainers, “Medica,” and 500 Diamonds worth of in-game currency to help get them ahead of the competition, while those who choose to do so on Google Play Store will get 100,000 in-game gold. Gamevil is also running a special event on the official GBS Facebook page in which fans have a chance to win a special bonus Medica skin. 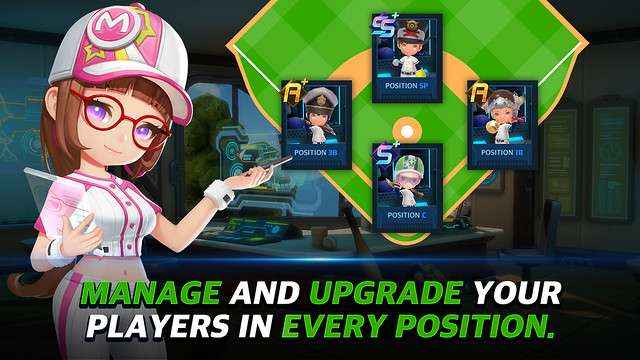 The popular “My Player” feature makes its return in Baseball Superstars 2020 and players can completely manage their teams by changing their appearance, equipment, items and more while basking in crisp fully 3D graphics. There are over 100 “Trainers” to utilize as well, which help individual players on a team develop their skills within a certain position. Fans can even create custom pitches and batting mechanics to fit unique styles of play.