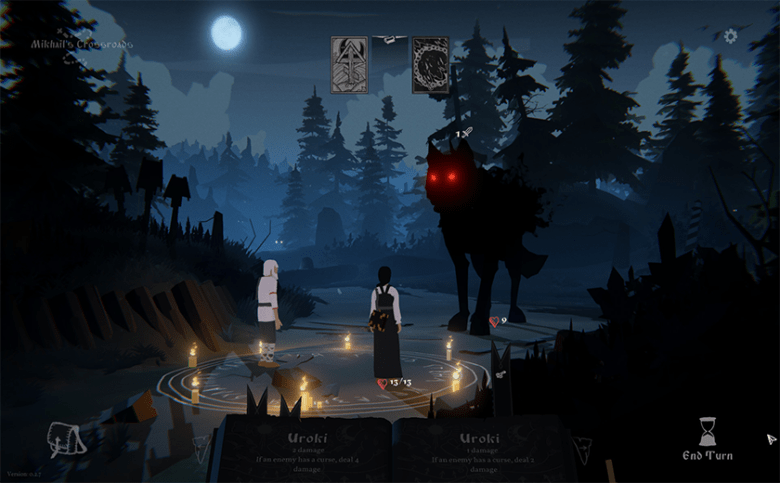 Morteshka is pleased to announce that with the help of over 3,700 backers they’ve surpassed the $100,000 stretch goal for Black Book and are quickly approaching the $130,000 milestone and the addition of a full Russian voiceover to the game. With less than $9,000 to go the team has pulled back the curtain on the full cast that will bring this rich and ominous world to life.

Players can get a sneak peek of these performances in the Prologue, available now on Steam. The team has also prepared a short video preview:

Morteshka has also been listening carefully to player feedback and have already begun rolling out updates to the game. In this first pass, character models have received an upgrade, bugs have been squashed, and players have been given the option to disable V-sync. Morteshka continues to welcome feedback to make sure the game is as good as it can possibly be.