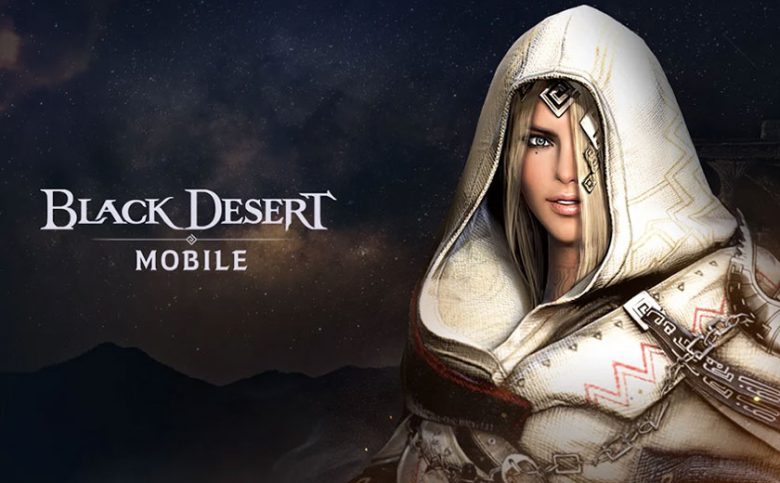 The Patch Notes for the update on May 11 (Tuesday) are here!

We are all familiar with alluring and mysterious artifacts, like the Holy Grail with its miraculous properties, the One Ring which brings about both power and destruction, or the Magic Lamp and its three wishes.

In the Black Desert world, legendary treasures are both a romantic tribute to stories that have a special place in our hearts and an incentive to adventure! In contrast to action-based calls to adventure in the other content, “Orzeca’s Treasure” will let you be more in tune with your sentimental side.

The first treasure of this update is Ornette’s Blessed Potion. This potion, blessed by the spirits, will recover 1000 HP for the adventurer. What’s more, the potion will refill instantly upon use.

If you are one of the many Adventurers who are enticed by the endless healing power of this treasure, build “Orzeca’s Garden” in your camp and look for the clues there. But beware that when looking for a valuable treasure like this, you are beginning a difficult journey.
The world is vast and there are many lost and forgotten Treasures to be found. New treasures will be added in the future and the acquisition difficulty of each will depend on the treasure’s effects.

We know this might be unfamiliar territory, as it is quite different from our previous content, but we hope that it can be a refreshing new adventure for everyone! 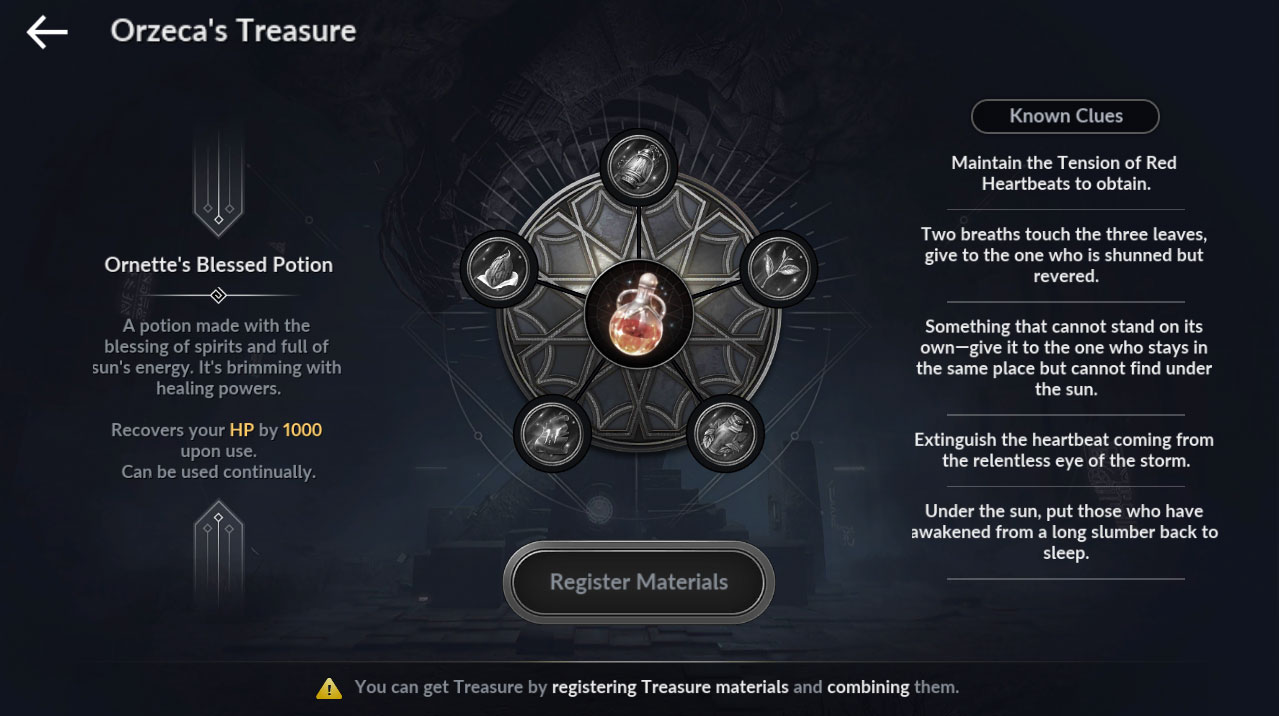 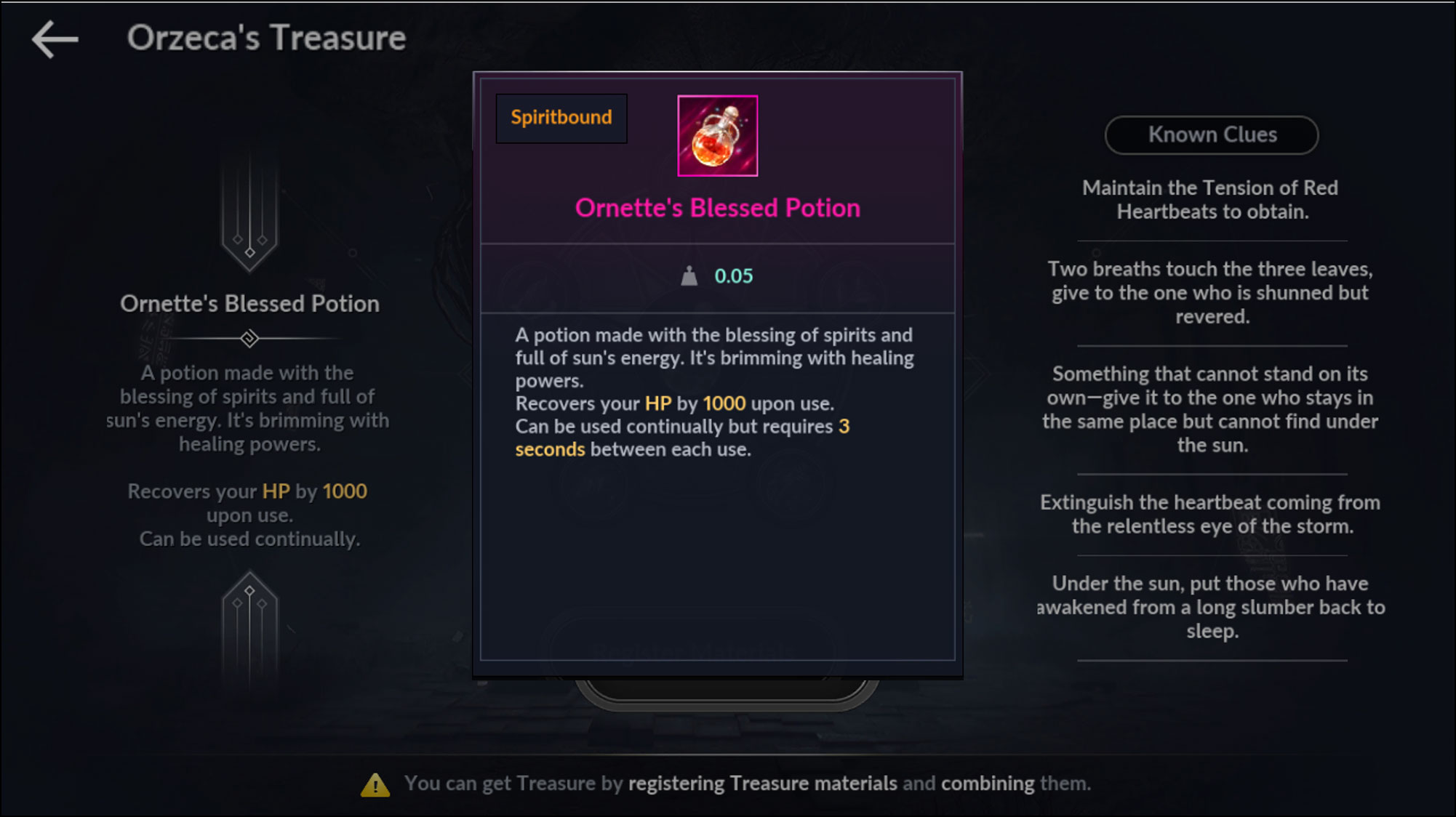 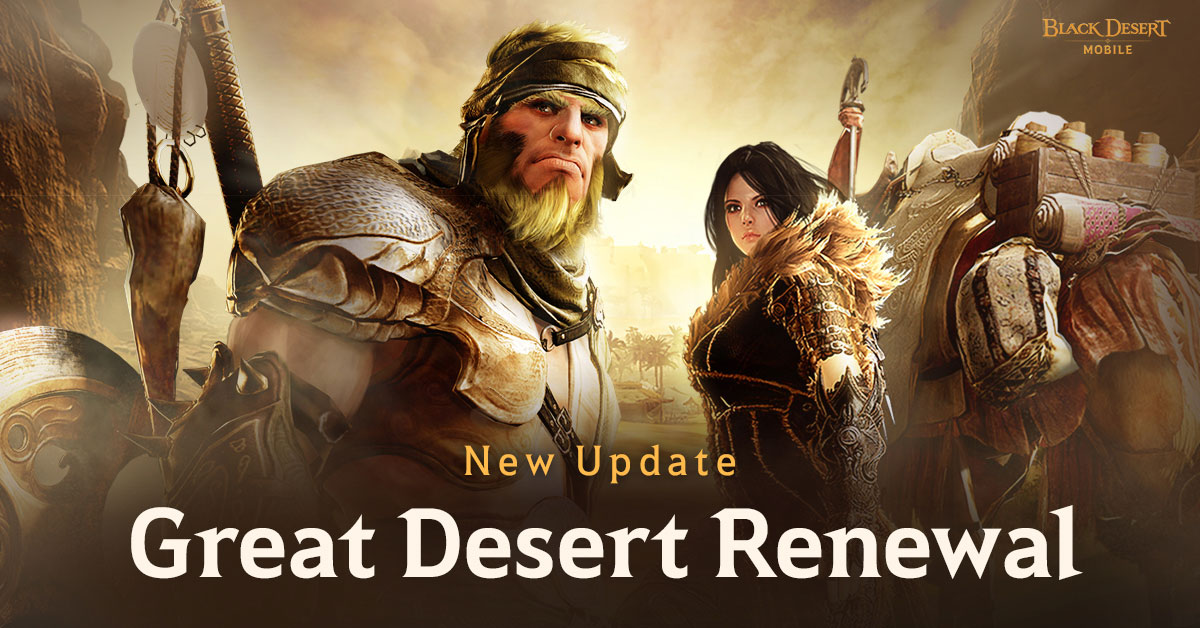 With new content added after the Great Desert update, putting in the time to explore and adventure in the desert seems to have become more difficult, to a point where taking advantage of the daily free Purified Water (40 minutes) would feel burdensome to some Adventurers.

The Great Desert renewal shortens the maximum desert adventure time with better available rewards. We hope that this will be of help to Adventurers enjoying the diverse content that Black Desert has to offer! 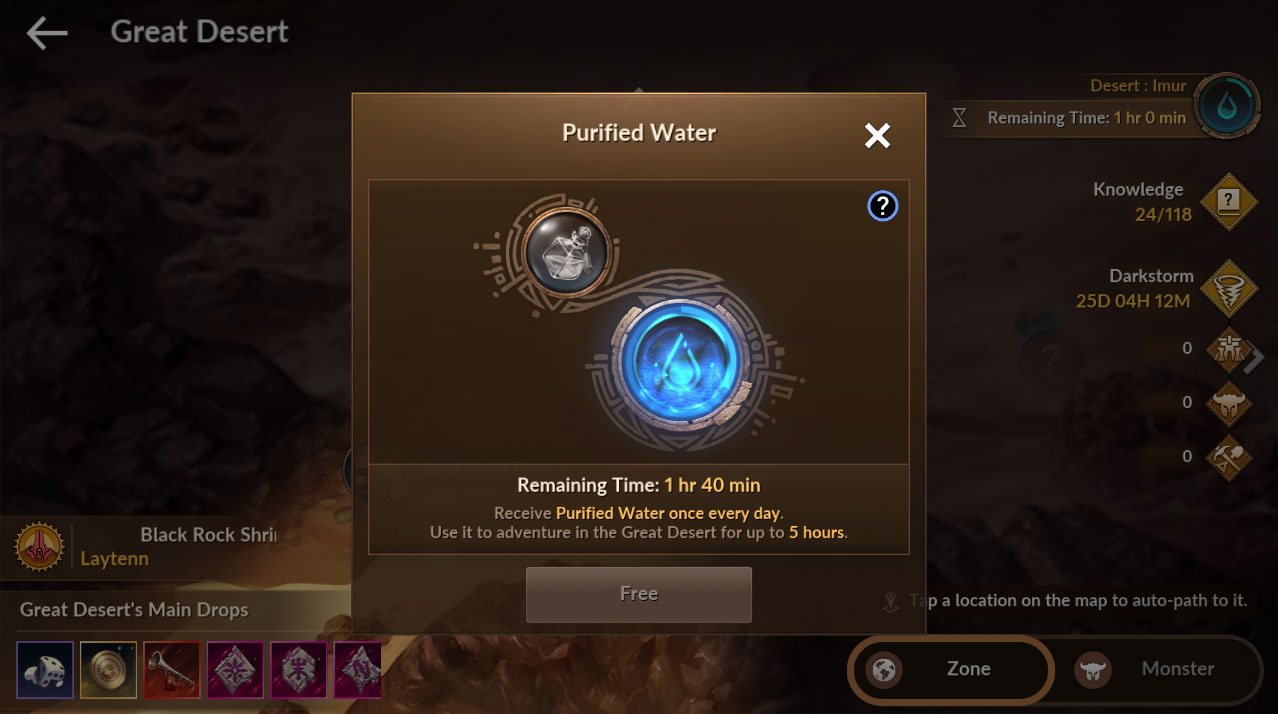 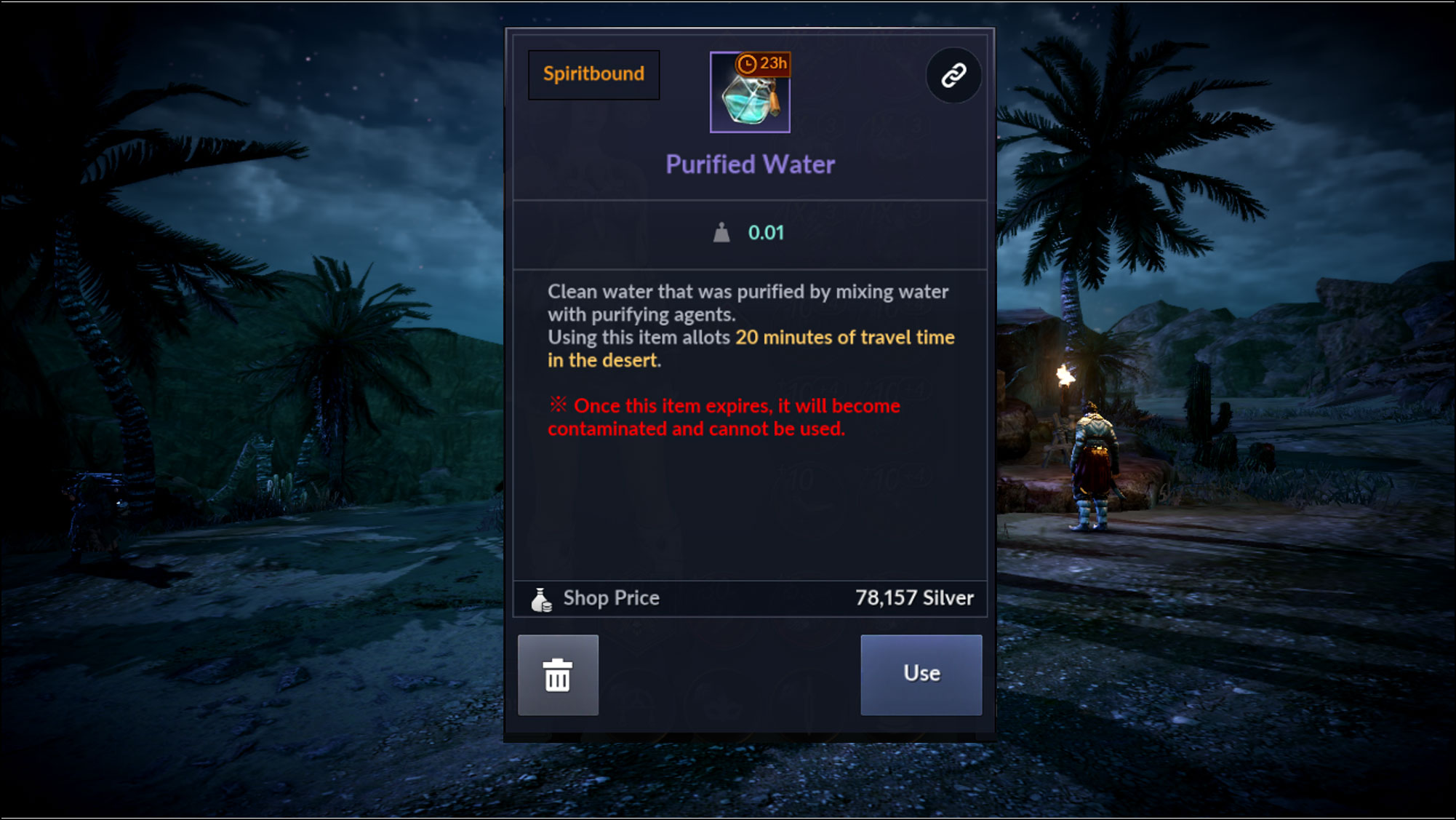 Temple of Serrett: The pollution level will continue to rise after the boss, Elten, appears.

Temple of Tukar: Added 7 minutes to the total time until it finishes.

Temple of Luinass: Added 5 minutes to the total time until it finishes.

Temple of Desterio: Removed the reward for partial destruction of the Sea Turtle Statue. To complete the quest and receive the reward you will have to destroy all parts.

Temple of Shayla: Changed the internal structure and location, and the way the quest is carried out. Added 5 minutes to the total time until it finishes.

Temple of Ohm: Modified the CP requirement and enabled the auto-gather function.

We thank you for the abundance of positive feedback on the new Constellation mode.

Restore light to the new Constellations and collect rewards! 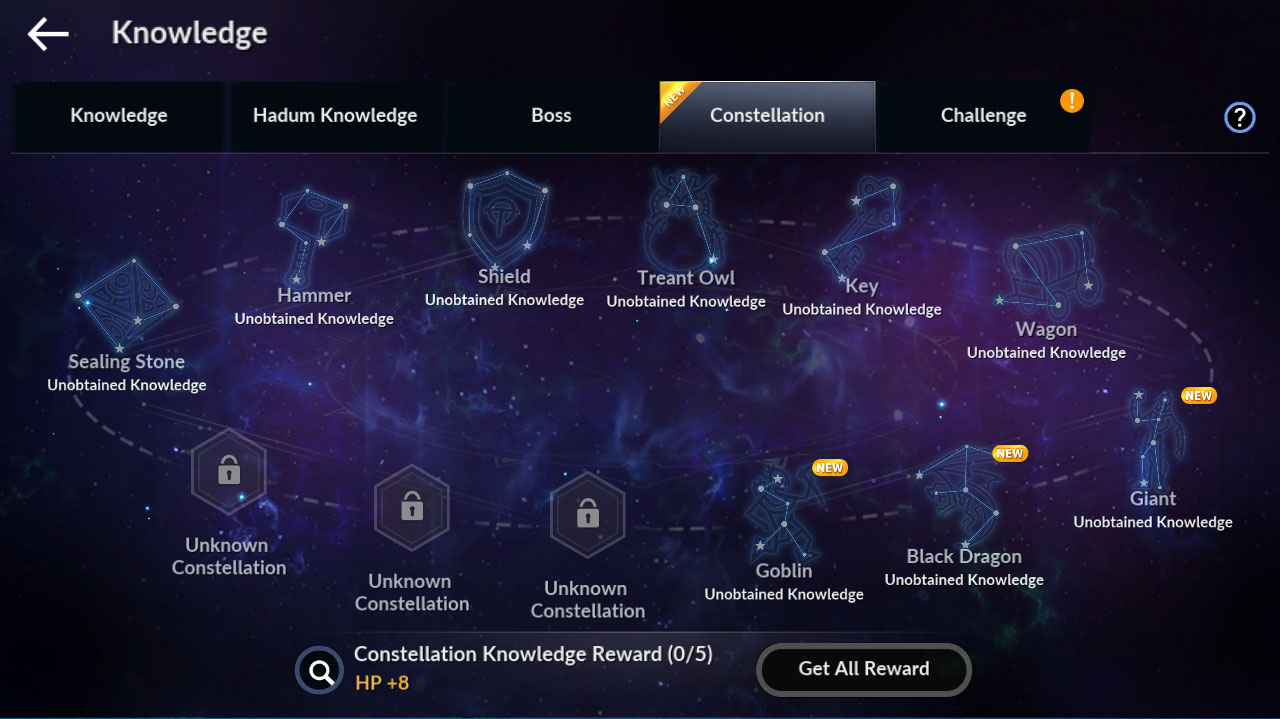 We bring to you the long-awaited multi-play system, which allows you to enjoy different types of game content while in auto-hunt mode!

What is the multi-play system?

The multi-play system allows adventurers to partake in activities such as Arena, Ramoness, and Merchantry while continuing auto-hunt or auto-gathering in the background and obtaining items and EXP.
We hope that the addition of this system will allow you to enjoy other game modes and not limit yourself to field hunting for the sake of character growth.

With the wealth of different content available to the players, we are continuously working on improving how we introduce the different aspects of the game to new Adventurers. Our content unlocking system has various requirements such as character level, CP, and main quests, so that adventurers can better learn the game without feeling overwhelmed.

Our future content will also be unlockable sequentially based on the main quest progress, which is the core of the game. The convenience features will continue to be based on the Black Spirit’s level.

If you press located at the bottom left of the main menu, you can check the details for different game modes in one page. We will continue to work on improving your gaming experience!

The following functions that were previously based on the Camp’s Town Hall level have been modified to be unlocked based on main quest progress.

0 0
Previous Article‘Valthirian Arc: Hero School Story 2’ Coming to PC This SummerNext Article‘PATHWAY’ Makes Its Way to Switch on May 27th 2021