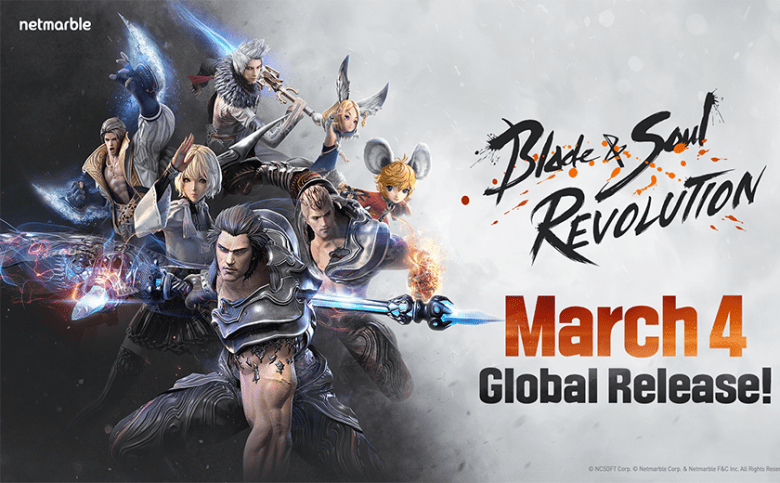 Netmarble‘s latest open world RPG Blade & Soul Revolution has officially announced it will launch worldwide on March 4, 2021 for the App Store and Google Play. With the game already seeing widespread success in major markets like Korea and other Asian countries, including a win for “Google Play Best Game in Korea” for 2019, Blade & Soul Revolution will soon be ready to be played by gamers worldwide.

Blade & Soul Revolution is an Open World Mobile RPG that translates the breathtaking cinematic stories of revenge from the PC online game Blade & Soul into a cohesive and authentic mobile experience. The game will feature five professions at launch – Blade Master, Destroyer, Kung Fu Master, Force Master, and Summoner. Any players that pre-register can still gain access to rewards including 1,000 Black Crystals and one premium pet (a Lumi for Android users and a Sparkie for iPhone users).

The game stays true to its PC roots with a high level of full 3D graphics and large-scale content that has been revamped to perform flawlessly on mobile devices. It displays an eastern-inspired fantasy world with stunning full 3D graphics backed by the Unreal Engine 4, offering massive real-time faction battle and incomparable hands-on action experience. Western players can also look forward to modifications, such as changing the Stamina Consumption System for easy play sessions.

Blade & Soul Revolution will launch worldwide on March 4, 2021 in 149 countries via Apple’s App Store and 126 countries on Google Play.