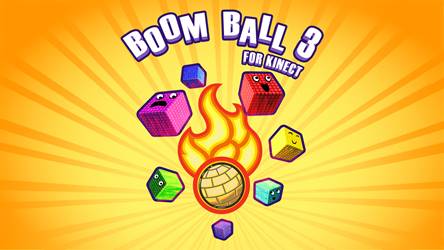 Virtual Air Guitar Company has announced that their latest Kinect game, Boom Ball 3 for Kinect, will be released on December 22nd via the [email protected] self-publishing programme. The game will be available exclusively on Xbox One at a price of $9.99 / €9.99 / £7.99.

Boom Ball 3 provides ping-pong fun for 1-2 players of all ages, shapes and sizes. The 50 new levels are set across landscapes ranging from the French countryside through sand-blasted deserts, the depths of Atlantis, vivid jungles and even wacky alien planets.

Aki Kanerva, Lead Designer and Founder at Virtual Air Guitar Company says, “We wanted to give players a colorful holiday trip across the world, something that would be both relaxing and exhilarating. We have 24 new background scenes, and every level has multiple waves of handmade, animated cubic animals, vegetables, characters and surprises.”

The game also offers new difficulty modes for players looking for a more intense challenge. Kanerva explains, “In Fast and Turbo modes, you have fewer balls to lose, and the balls fly much faster. At any time, you can choose the difficulty that suits you best – leisurely fun on Normal mode, challenge your reactions on Fast mode, or get your sweat on in Turbo mode.”

Finally, players can now customize their paddles. By completing levels, players unlock pre-made pictures as well as special effects, such as lightning and fire. Players can also use Kinect to take photos of anything, such as one’s own face or the family cat, and use the photo on the paddles.

The 2-player mode introduced in Boom Ball 2 now takes up less space than before. Players are no longer required to stand at specific positions, but can move around freely.