The engagement party celebrating the upcoming union of Sir Alistair Hammerlock and Wainwright Jakobs is now in full swing on the brand new ice planet Xylourgos! Borderlands 3’s second campaign add-on – Guns, Love, and Tentacles: The Marriage of Wainwright & Hammerlock – is now available on PC, Xbox One, PlayStation 4, and Stadia.

Guns, Love, and Tentacles is the second of four campaign add-ons included with the Borderlands 3 Super Deluxe Edition and Season Pass. It’s also available to purchase separately, though you will need to own a copy of Borderlands 3 to play it. 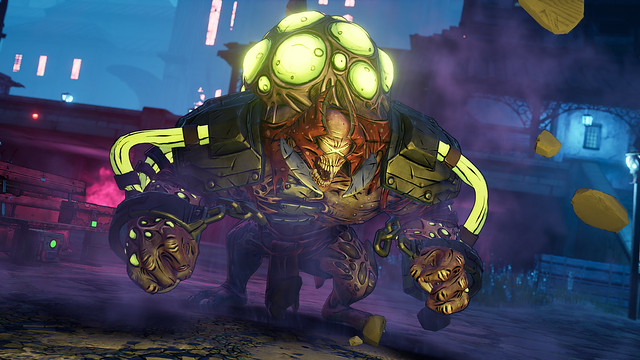 As an honored guest at this Lovecraftian engagement party, you’ll have to fight back the forces of otherworldly evil if Wainwright and Hammerlock are to have their happily ever after. Luckily, the most badass wedding planner in the galaxy has your back: Gaige, a former Vault Hunter who’s inseparable from her robot BFF Deathtrap. And that’s not all:

In order to reach Xylourgos with an existing Vault Hunter, you’ll need access to Sanctuary III, the starship you unlock by completing Episode 5 of Borderlands 3’s main story campaign. When you’re ready to travel to Xylourgos, look for the invitation – highlighted with a yellow exclamation mark – in Hammerlock’s study.

Alternatively, you have the option to create a new Vault Hunter and bypass the opening acts of the Borderlands 3 story so you can head straight to Xylourgos. If you have a campaign add-on installed and would like to play that content with a fresh Vault Hunter, select Play on the main menu, followed by New Game. You’ll then be able to choose which storyline you want to jump into. 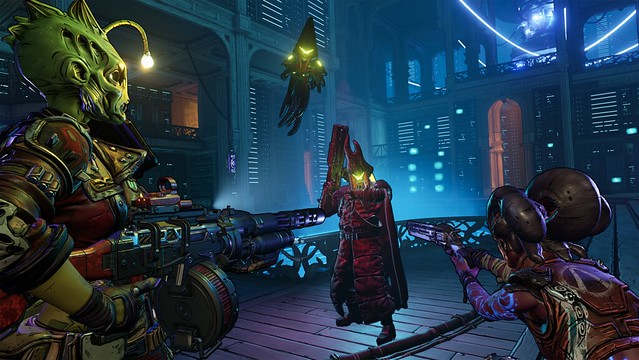 In addition to Guns, Love, and Tentacles, today also saw the release of some exciting content and features that are free to all players:

And just in case you missed the announcement earlier today, the Borderlands franchise is finally coming to Nintendo Switch™! Borderlands Legendary Collection arrives on the platform on May 29, 2020 and includes Borderlands: Game of the Year Edition, Borderlands 2, and Borderlands: The Pre-Sequel. Each game features local two-player split-screen co-op play and support for up to four players online.

Hop on your horse and start your medieval adventure in Rustler: Prologue
April 9, 2020

Monster Viator is out today on Nintendo Switch
April 9, 2020