It’s been about seven years since the last release of a Borderlands game, which was on the previous generation consoles of PlayStation 3 and Xbox 360. I’m counting Borderlands 2 as the last game as Borderlands: The Pre-Sequel was quite disappointing and was a spin-off that was developed by a different studio. Borderlands 3 has returned with Gearbox Software back as the main development team. Does the long awaited third installment hold up or will this be another disappointing game?

Borderlands 3 is an action-adventure game that combines the gameplay of a first-person-shooter with roleplaying game elements. What makes Borderlands great is the fact that it is a Diablo-esque type game where there are tons of loot. The reveal trailer advertised over a billion guns to loot — even guns with legs!

Right off the bat, I want to say how much of the combination of the gunplay with loot grind is fun and addicting. Borderlands is known for the tons of guns to loot with wackiness of the world of Pandora. The third installment is no different with upgraded mechanics. This time, players are able to slide while running by pressing the crouch button. The slide mechanic also provides a kick so you can hit the enemies when sliding into them. The other new mechanic is climbing up ledges. Another new mechanic is that some guns have the ability to have a secondary mode. For example, a gun will have the ability to switch to a grenade launcher mode, burst fire, or even smart bullet mode. Of the new mechanics, the most that will be utilized is the ledge climber. There will be lots of ledges to climb when trying to reach hidden chests or quests to complete. 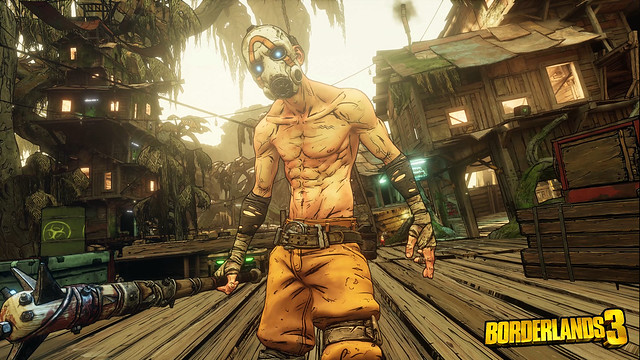 The biggest letdown would have to be the main antagonists, The Calypso Twins. They are over-the-top social media influencers who get annoying and are predictable. It’s disappointing when considering that the previous game gave us Handsome Jack. He provided depth and character, while these two new ones were one-note characters who wanted something they thought they deserved.

Borderlands 3 is a unique looking game as it still is sticking with its cell-shaded look. When the reveal trailer was released, I noticed that it didn’t really look like much of an upgrade from its previous games. Although, the last time I played the previous ones was because it was an HD remaster. This third iteration looks similar to its previous HD remaster. Regardless, Borderlands 3 still looks beautiful and is available in 4k with upgraded models and textures. So don’t worry, the game still looks great! 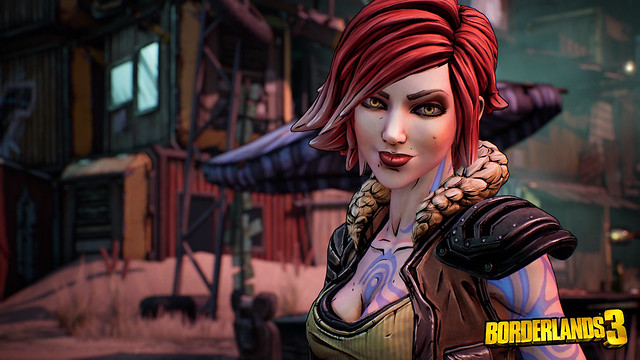 The biggest drawback is split-screen. When playing the game in split-screen, it works alright in the regular gunplay mode when shooting and looting, but when someone starts accessing a menu … be prepared for lag central. It’s not just on a standard PS4 either (which I’m playing on). There have been reports that even on a PS4 Pro or Xbox One X playing on performance mode, that it’s not any better. Split-screen is almost unplayable as the menu will slow down the whole game. It’s manageable, but a really big nuisance.

When it comes to the audio of Borderlands, the true standout is the soundtrack. What I appreciate about the games of Borderlands is that they provide some great songs as the intro of the game. Borderlands 2 gave us “Ain’t no place for the Wicked” from Cage the Elephant. Now, Borderlands 3 gives us “Put It On The Line” by The Heavy. The song fits nicely, and introduces the characters and sets the mood of what players can expect. The rest of the soundtrack and sounds in the game meld well, and you’ll feel the chaos of Pandora. The voice acting is good, although there are a couple characters who aren’t back to reprise their roles. It is a bit disappointing, but they did what they could to make it not extremely noticeable.

There are a ton of things to do in the world of Borderlands. The main campaign is a healthy length of around 20 hours. After completing the main story, Mayhem Mode is unlocked as well as True Vault Hunter Mode. Mayhem Mode adds additional effects to the game. These effects change the stats of enemies as well as loot. There are three different types of modes to choose from that can increase loot quality up to 200% for better drops. True Vault Hunter Mode is basically New Game Plus but with increased difficulty. Think of it as a very hard mode. If you’re looking for an increased amount of better loot and guns, this is the path to choose. 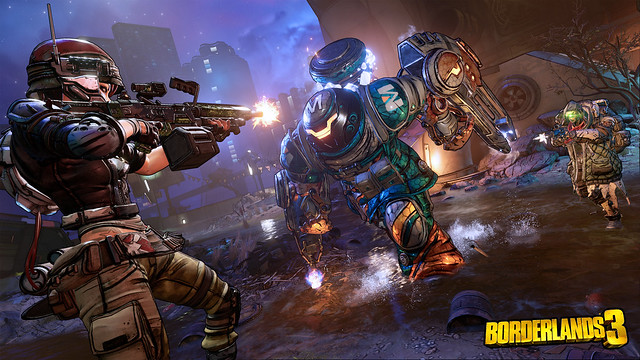 Guardian Ranks is also unlocked when completing the main campaign. It’s extra stats that you can improve on when gaining experience points. Previously, in Borderlands 2, it was known as Bad Ass Ranks where it’s available right from the get-go. I understand the developer’s decision to change it up a bit this time with Guardian Ranks to give players a chance to keep playing even when completing the game, but coming right after Borderlands 2, it was a bit disappointing.

There are multiplayer modes to play other than the main campaign, which include Circle of Slaughter and Proving Grounds. Circle of Slaughter is basically horde mode. A group of vault hunters gather in an area where they would take out wave after wave of enemies. It gets pretty intense when the map is filled with enemies all around. Proving Grounds is a dungeon-esque experience where it will have players defeat waves of enemies and at the end, there will be a boss fight that will have some nice loot for players. 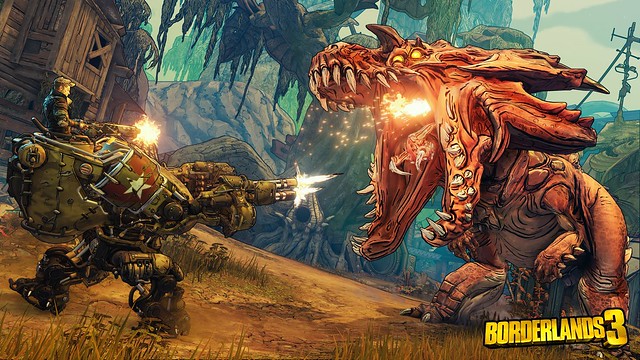 The handling of Borderlands 3 is pretty standard on the console, which is a bit limited. With this iteration of Borderlands, the updated control scheme is a little different than the previous ones. The directional pad’s left and right has the ability to toggle, switching to different missions — which is great because there are tons of missions to complete. I actually prefer the previous control scheme where the directional pad is used to switch to a specific weapon. In a game where there are billions of arsenal and you can hold four weapons to switch around from, pressing the weapon switch button to cycle to the actual weapon you want to use gets a bit annoying. Luckily, there is an option in the settings to switch control schemes as well as changing the button mapping to whatever you prefer.

At the end of the day, I enjoyed Borderlands 3. It wasn’t exactly what I wanted, but it was a fun experience from beginning to end. The antagonists were only the weak part of the game, other than some bad user interface choices. Split-screen is almost unplayable if someone access the menus. The looter shooter gunplay is the true winner of the game as it is as addicting as ever. If you’ve enjoyed the previous Borderlands games then here is more of it. It doesn’t give anything new … just improves on what was enjoyable from the previous ones.

The original shooter-looter returns, packing bazillions of guns and a mayhem-fueled adventure! Blast through new worlds & enemies and save your home from the most ruthless cult leaders in the galaxy.
8.7
Average User Rating
1 vote
Click on a star to submit your own rating!
Your Rating: 0
Submit
Genre:Co-op, FPS, RPG
Developed By:Gearbox Software
Publisher:2K Games
Platforms:PC, PlayStation 4, Xbox One