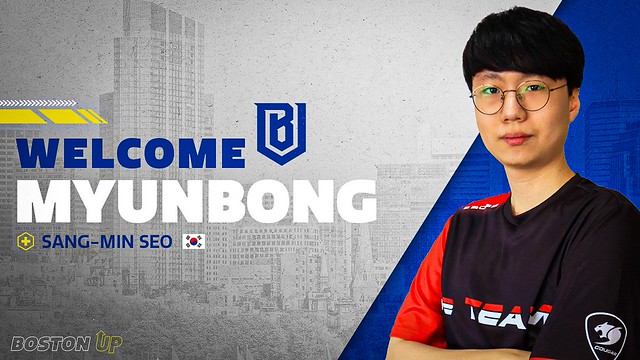 A second-place finish that season qualified Myunbong and O2 Blast for the Pacific Showdown, where the team once again reached the finals. Most recently, O2 Blast placed fourth in Contenders 2019 Season 2 after a dominant regular season, leading the Korean region in both match wins and map score. Throughout his time in Contenders, he has become well known for his proficiency on Ana and Zenyatta.

“We are excited to announce Myunbong as our first offseason roster addition,” said Chris “HuK” Loranger, President of Gaming for The Kraft Group. “We like what we’ve seen from him in Contenders and believe he will be a great fit for the Uprising moving forward.” 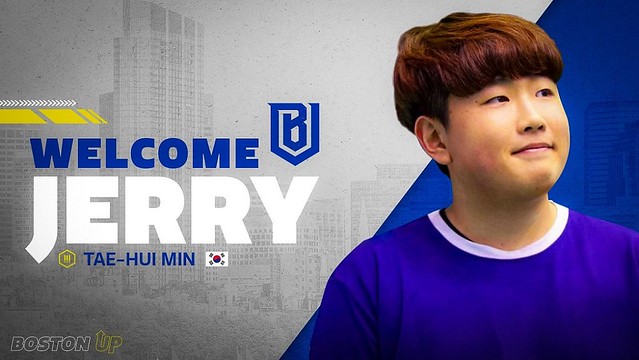 Jerry, 18, most recently played with Meta Athena. He started his career in Overwatch as a tank player with Korean team Seven during Contenders 2018 Season 2. After the season, Seven rebuilt under the name X6 Gaming, and Jerry transitioned to a damage role, helping the team reach a first-place finish in Open Division 2019 Season 2. X6 Gaming merged with Meta Athena in May 2019 and placed second in Contenders 2019 Season 2 Trials under the Meta Athena name.

Most recently, Jerry participated with Meta Athena in Contenders 2019 Season 2, during which the team placed seventh. His signature heroes include hitscan characters like Widowmaker, Sombra and Tracer.

“We’re excited to welcome Jerry to the Uprising,” HuK said. “We have been watching his growth in Contenders and think he has the talent needed to play in the Overwatch League.”

The Uprising look ahead to the 2020 OWL season, as they will return to Boston and host two homestand weekends on April 25-26 and June 27-28.