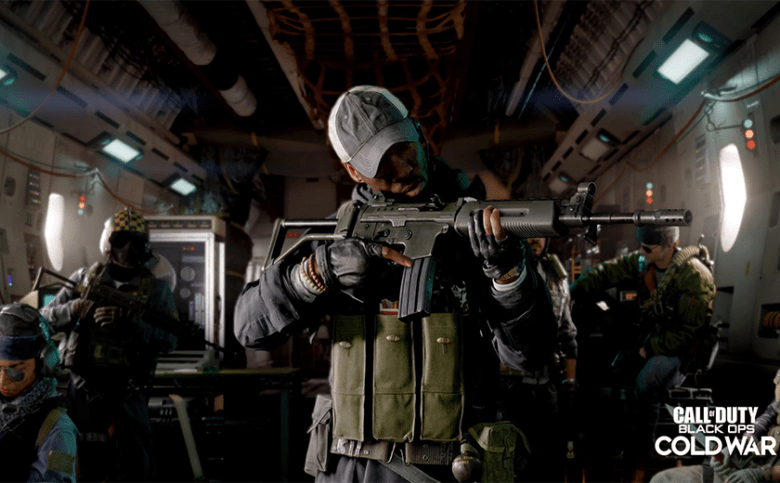 Deniable Operations. Signature Combat. A Connected Experience that features a deep commitment to robust, ongoing content, and a deep integration into the next evolution of Warzone for what will be the most united community yet.

As detailed through an in-depth Multiplayer Reveal led by members of the Treyarch development team, Black Ops Cold War is set to usher in a new era of deniable operations that is undeniably Black Ops, interconnecting the game’s globe-trotting and immersive universe to a global stage. 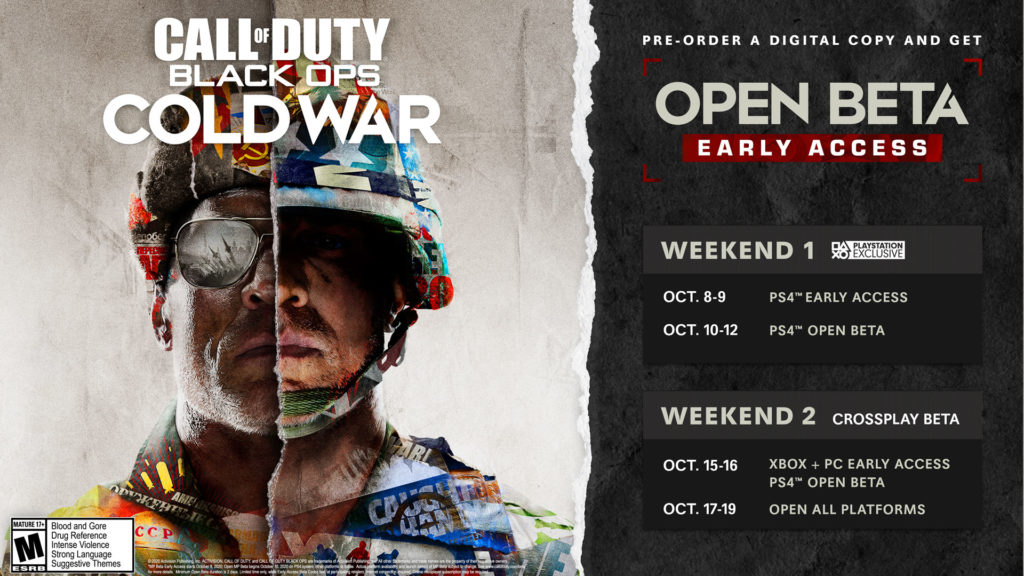 There are two weekends of Black Ops Cold War Beta content with each “weekend” lasting a total of around five days, scheduled to begin each Thursday morning at 10AM, with exact timing to be decided.

The first Beta Weekend is exclusively for PlayStation 4 owners, running from Thursday, October 8 to Monday, October 12.

Saturday October 10, to Monday, October 12 is free to all PlayStation 4 owners. If you’ve got a PlayStation 4 and an internet connection, you should be ready to engage, though PlayStation®Plus may be a requirement in some territories.

The second Beta Weekend is for PlayStation 4, Xbox One, and PC owners, starting from Thursday, October 15, and running to Monday, October 19.

If you’re a PlayStation 4 owner, regardless of whether or not you pre-ordered the game, you can resume and continue to play the Open Beta free for the entire Weekend 2 period.

The first two days of the weekend – Thursday, October 15, and Friday, October 16, – are available for early access to anyone who has pre-ordered or pre-purchased the game on Xbox One/ Xbox Series X, or on PC via Blizzard Battle.net respectively. If you’re an Xbox One or PC owner and want to play Weekend 2 of the Beta for the longest possible time, be sure to pre-order. This period will be open for PS4 players.

The rest of the Open Beta period, running from Saturday, October 17, to Monday, October 19, is accessible to all players on PlayStation 4, Xbox One, or PC. If you’ve got an Xbox One, Xbox Live Gold is required to play. If you have a PC, a Battle.net account is required to play. Other than these prerequisites and an internet connection, you should have everything you need to play. And as a reminder, the Weekend 2 of the Beta Test will include crossplay. 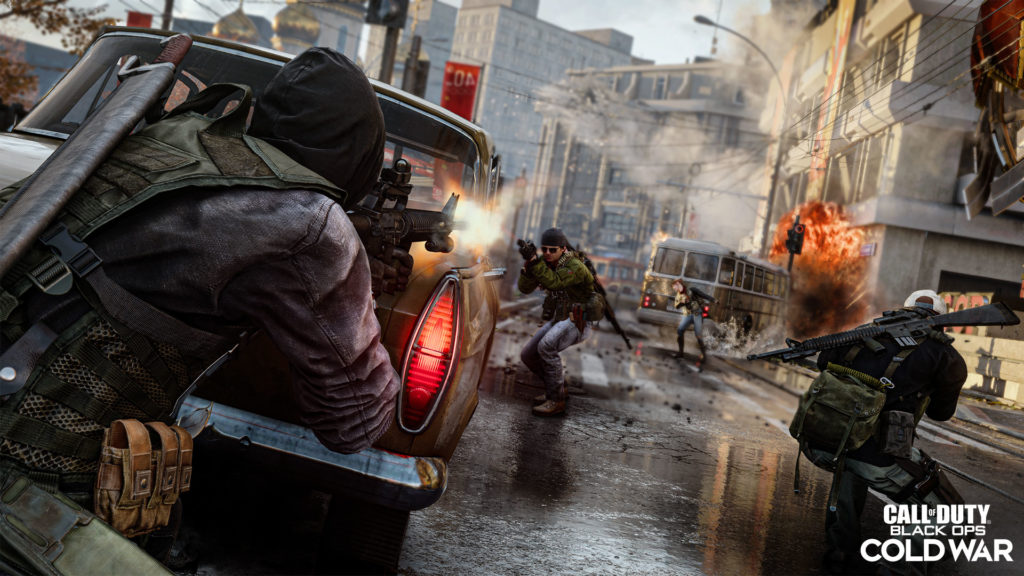 In Call of Duty: Black Ops Cold War, Treyarch’s signature map design will be rooted in the game’s realistic and historical setting, all accentuated by a visual art style that immerses players into the unfolding early 1980s Cold War narrative.

This Multiplayer journey brings operators around the world from the Angolan desert (Map name: Satellite), to the frozen lakes of Uzbekistan (Crossroads), to the streets of South Beach (Miami), to frigid North Atlantic waters (Armada), and even to the heart of the U.S.S.R. (Moscow). Here’s a quick rundown of some of the maps you can expect to infiltrate into:

Based on Operation Azorian, U.S. and Soviet forces arrive in the middle of the North Atlantic Ocean in search of a prototype nuclear submarine. The scale of the Cold War could be tipped in favor of whoever salvages it, whether it be the Soviets reclaiming it or the U.S. intercepting it. Zipline from ship to ship or command gunboats to turn the tide of the fight. 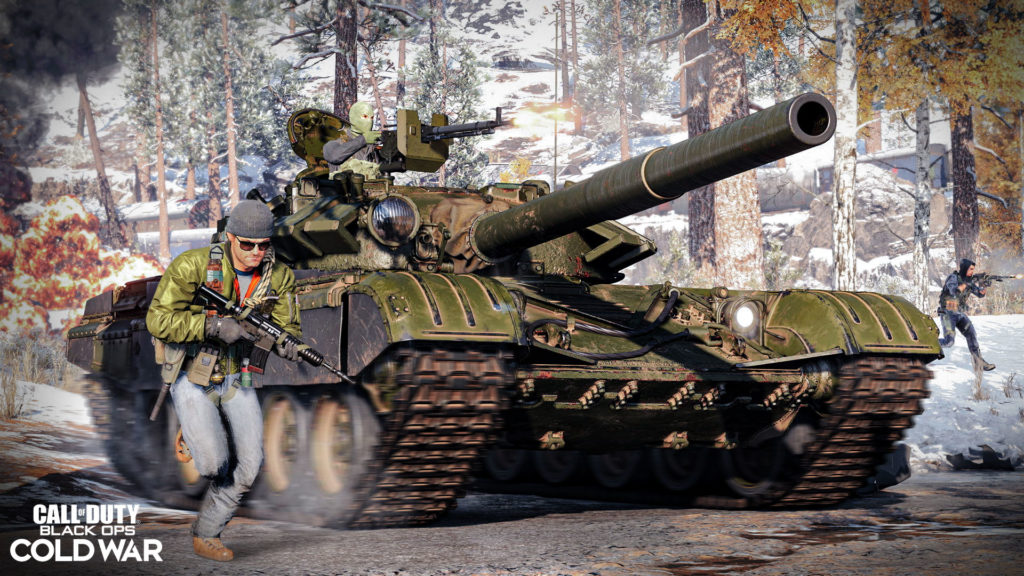 At a pivotal route to Afghanistan deep in Uzbekistan, NATO forces are mobilized to ambush a large Soviet military convoy comprised of mobile ICBM launchers. With the backdrop of a frozen Soviet Wilderness, an MI6 Squadron are ready to combat any Spetsnaz forces in order to secure the top-secret intel held on the convoy, as well as any necessary supplies for future operations. Use tanks to blow up enemy positions or snowmobiles to zip behind the enemy and break their lines. 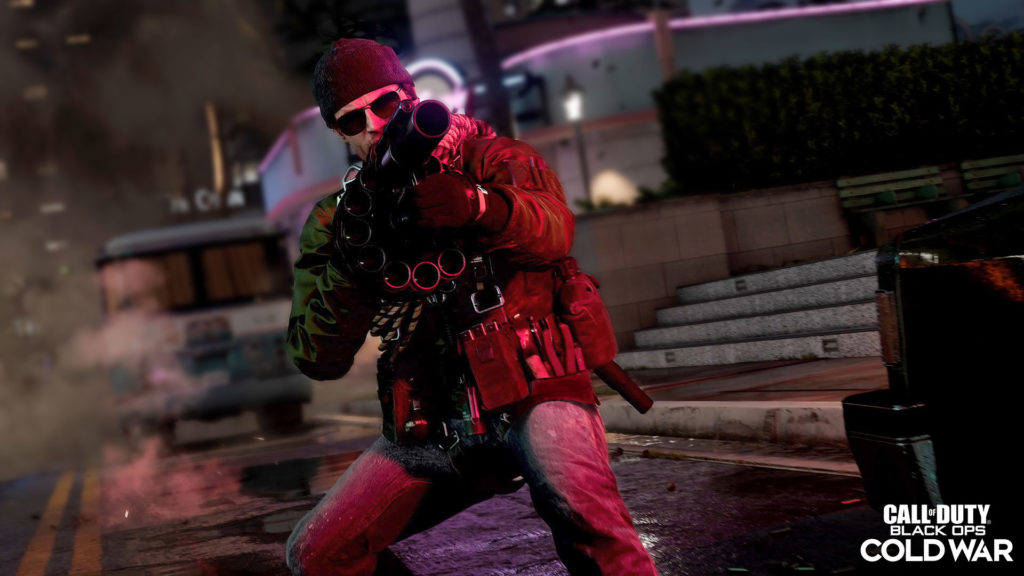 Through hired DGI forces, Perseus ambushed and assaulted a prison transport in Miami’s famed South Beach in order to free a trusted ally. Amid the cover of night amongst vibrant art-deco architecture and neon lights, CIA special forces have been dispatched to eliminate remaining DGI forces and identify clues to Perseus’ whereabouts.

In the heart of the U.S.S.R, a Spetsnaz squad was sent to a compromised CIA safe house in order to secure the area, capture any remaining CIA operatives, and acquire further intel on NATO’s future plans. Initial reports indicate that the area has gone hot and fighting has spilled out into the streets, prompting a second CIA-JSOC team to arrive at the scene as reinforcements. 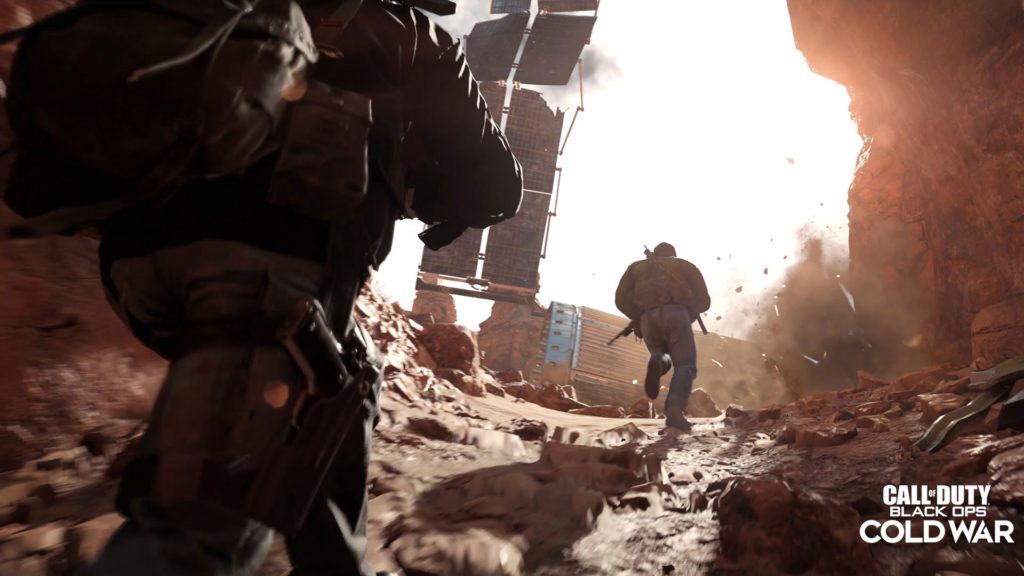 Deep in the deserts of Angola, Central Africa, a top-secret, American-made reconnaissance satellite known as the KH-9 has been grounded, potentially by Perseus. Hired DGI forces are searching for the sensitive intel it holds, while NATO’s MI6 Squadron have been dispatched to secure the site and eliminate DGI stragglers.

While just a sample of the broader array of maps that will be available at launch, these five maps are meticulously designed and based on authentic, real-world sources, as Treyarch’s visual research department visited real-life locations, photo-scanning thousands of physical objects, terrains, environments, and materials.

All those assets aided developer designers and artists to deliver an immersive virtual world that’s rich in ambience, further pushing the visual fidelity of environments through photometric lighting, and the game engine’s “Contour” terrain system. This sets an incredible stage for Multiplayer combat set through a high-dynamic-range true 4K experience on next generation platforms (PS5 and Xbox Series X) and PC. 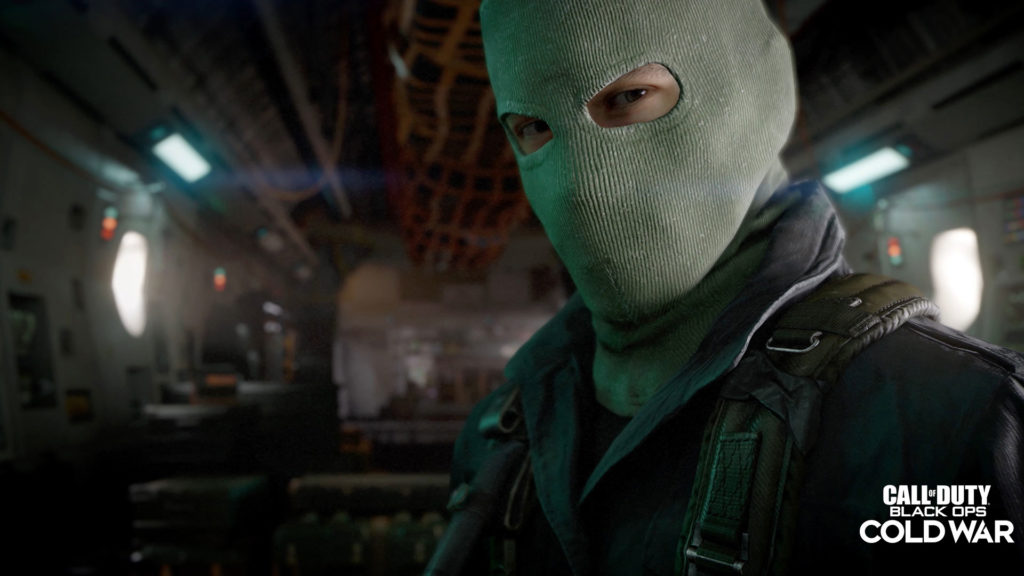 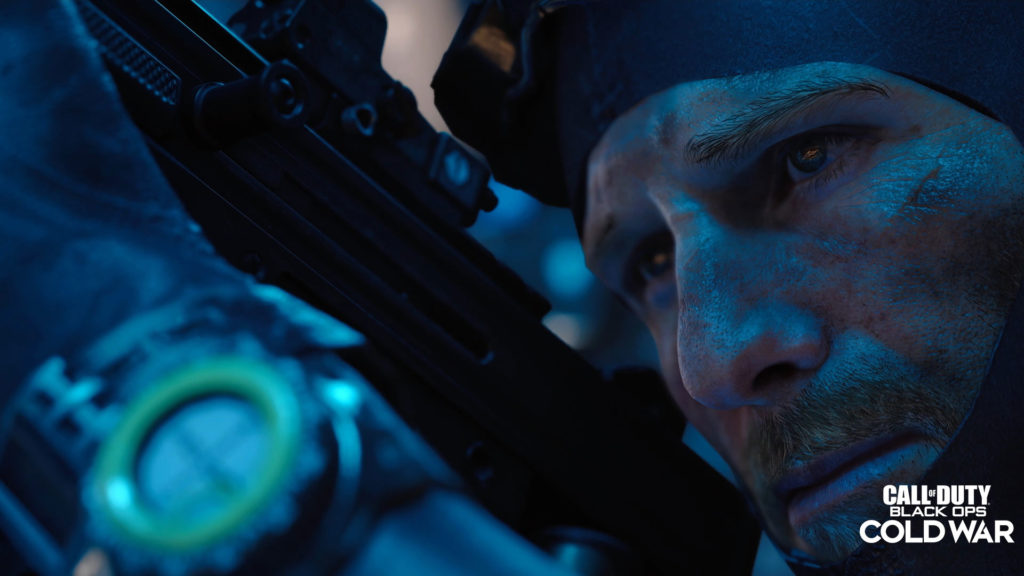 In this new 6v6 objective core game mode, teams either protect or subdue a randomly selected player who becomes a VIP. This Very Important Player only gets a kitted-out pistol, a smoke grenade, a UAV for team intel, and the satisfaction of having up to five other squadmates defend them.

These protectors must escort the VIP to an extraction point as they fend off the attacking team, whose goal is to neutralize the VIP before they escape. A non-VIP who dies during the round is out until the next one, but a downed player at zero health can defend themselves in Last Stand or be revived by a teammate to get back into the fight.

A 12v12 battle that combines infantry and vehicular gameplay, Combined Arms is a larger-scale mode where the action is tailed to the environment it takes place within.

Depending on the map, vehicles such as Tanks, Snowmobiles, Attack Helicopters or Wakerunners will amplify and advance the action alongside traditional gunfights, allowing for jaw-dropping moments right in the middle of an intense engagement.

At launch, expect to play multiple Combined Arms Maps across a handful of Combined Arms Modes, including Domination, which places multiple flags around a given map for teams to capture and defend. 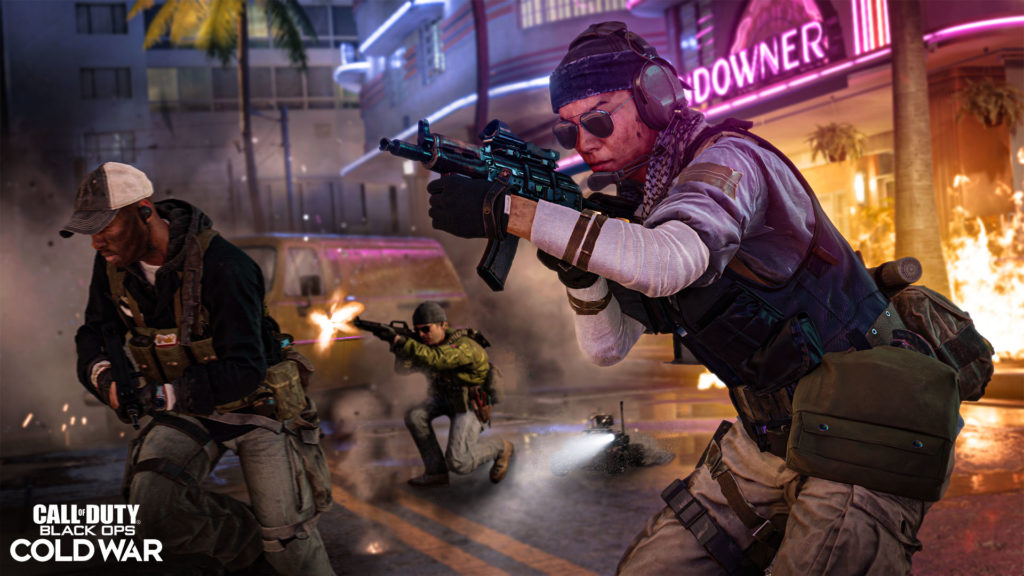 Fireteam is a new 40-player category of Black Ops Multiplayer with up to 10 teams of four, where the action is centered around not just the operators in the field, but also the environment they battle in. The first available Fireteam game type is called Dirty Bomb, which we’ll have more information on as we get closer to launch! 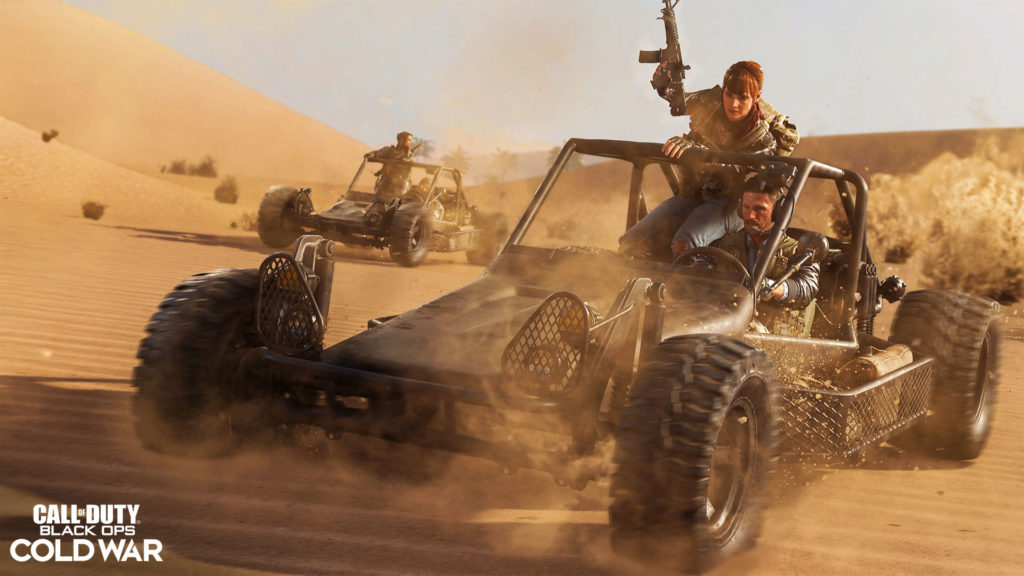 Call of Duty: Black Ops Cold War’s boots-on-the-ground combat is built upon the familiar feel of Black Ops movement and gunplay, all while innovating on key gameplay elements to bring it to new heights.

It begins with, of course, the weaponry. A new weapon sound engine brings further understanding of enemy and friendly gunfire, giving players a sense of what is being fired at them and where it came from through three-dimensional and directional sound.

For an operator’s own loadouts, the Create-a-Class system is now slot-based, automatically giving them a primary, secondary, lethal and tactical equipment, a Field Upgrade, and a set of Perks.

New to Black Ops, Field Upgrades are in-game items that either help your squad or hinder your enemies, earned solely on time in-game with a cooldown that lasts after death.

Loadouts can also be outfitted with class-changing Wildcards, which can provide one of four benefits: 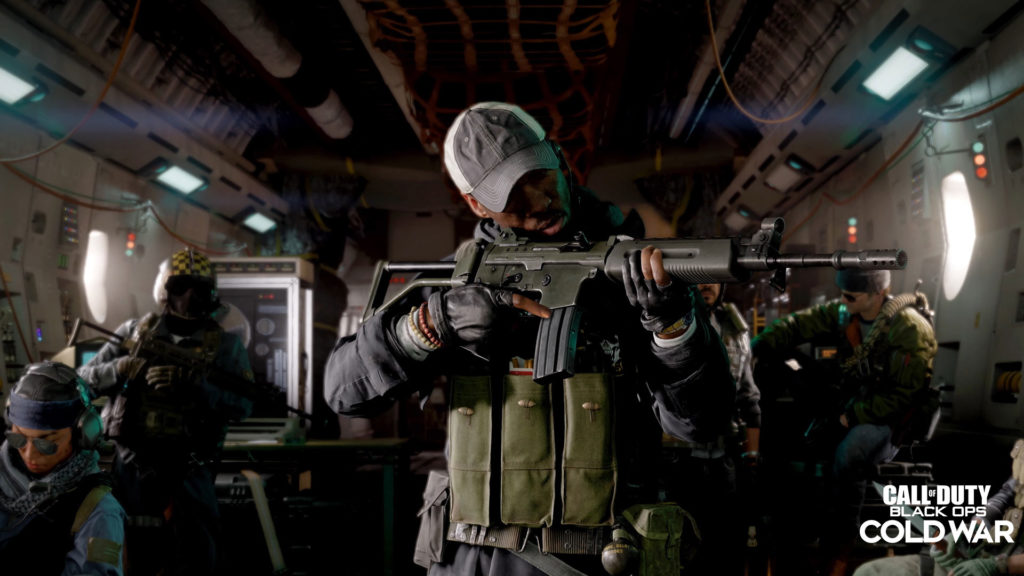 Those looking to further tinker with their primary weapon, or some secondaries, can head to the Gunsmith. Each primary weapon can be customized with up to 54 attachments across eight different nodes, or attachment points, with at least six options per attach point. The benefits and drawbacks of each attachment are shown via exact percentage change, which allows operators to precisely understand the data behind how each weapon configuration will feel out in the field, along with further conversations between developer and community about weapon tuning.

Outside of Loadouts, Scorestreaks make a return with several significant changes. In this new system, earned score is kept through death, giving all players a chance at earning these visceral and fun tools that can turn the tide of battle.

However, these Scorestreaks, especially higher-end rewards, must still be earned through earning plenty of score via elite gameplay. Those who string together multiple kills before a death will earn streak score bonuses, which can aid significantly in earning the game’s most powerful Scorestreaks.

Scorestreaks also have cooldowns, preventing players from “spamming” Scorestreaks repeatedly, and some even exist to counter other Scorestreaks outside of traditional anti-Scorestreak measures.

With more points of motion and physics effects, operators’ movement will feel more lifelike than ever before. On top of these visual advancements, expect four new refinements in movement to be introduced in Black Ops Cold War:

Black Ops Cold War is set to support cross-platform and cross-generation play as well as cross-progression, breaking ground for the Call of Duty franchise as it introduces the next generation of global combat.

This sense of interconnectedness will be felt across all modes of play and for every available platform including PC, where Beenox is the lead developer. Through Battle.net, PC players can expect major improvements made to the Call of Duty PC experience of the past, along with better monitoring widgets, notifications for performance anomalies, additional gameplay settings, and numerous visual features driven by the latest in software innovations.

The game also ushers in the next evolution of Call of Duty: Warzone™, continuing and expanding the blockbuster Battle Royale free-to-play experience. Treyarch, Infinity Ward, and Raven Software, with additional support from other studios, are all collaborating to preserve continuity within Warzone while also incorporating elements of Black Ops Cold War.

For more information on crossplay, as well as our commitment to robust, ongoing post-launch content, additional intel is available in our related Crossplay blog. 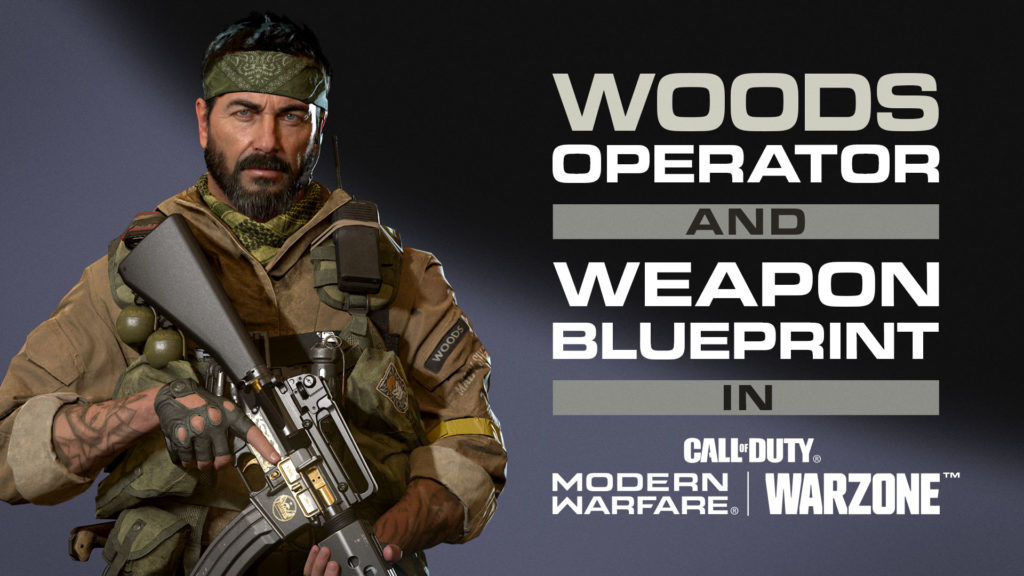 As announced during the Multiplayer Reveal and detailed earlier in this blog, the Call of Duty: Black Ops Cold War  Open Beta begins with an early access period on October 8th for PS4 players and October 15th for Xbox and PC players. The beta opens for all platforms on October 17th, where players can experience Call of Duty: Black Ops Cold War before launch on November 13th.

Multiple options for the game are available to choose from, including the Standard Edition, Cross-Gen Bundle Edition or Ultimate Edition. All digital editions come with early access to this Open Beta.