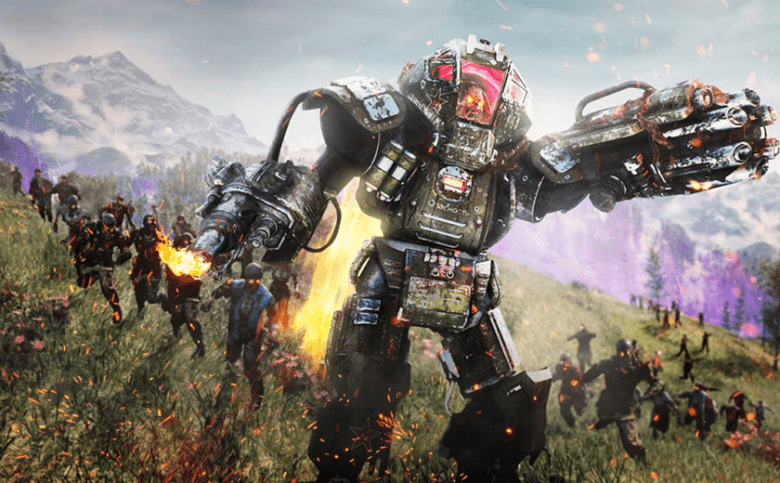 This objective-based game experience will task squads of up to four Operators with aiding Requiem in their biggest undertaking yet: Operation Threshold. Set across multiple regions in the Ural Mountains of Russia, Outbreak encourages exploration and risk-taking to maximize the spoils of these zombie-infested territories, with teamwork and coordination being essential to completing your missions and living to tell the tale.

From its purpose in the greater Dark Aether story to details on the various experiments within Requiem’s largest operation yet, this is our initial intel on Outbreak. Firstly, check out the Outbreak Trailer:

Across “Die Maschine” and “Firebase Z,” Requiem learned just how far ahead Omega Group is in their arms race to harvest Aetherium – potentially an even deadlier secret war compared to the public conflict between the East and West.

After several desperate attempts to catch up to their adversaries, the CIA-backed international research group and task force have finally discovered a major breakthrough: the largest Outbreak zone on the planet. 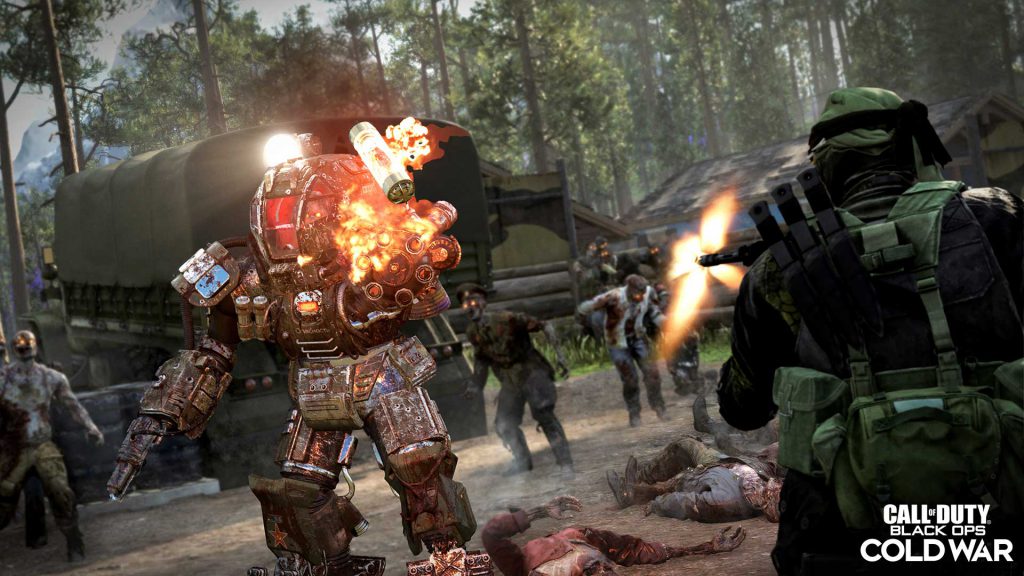 Even with this breakthrough, however, Omega Group is still one step ahead of Requiem, as they’ve begun investigating these regions long before Requiem arrived. Both sides not only believe the secrets waiting in the Ural Mountains to hold the key to fully understanding the Dark Aether’s power… it may just be the key to winning the Cold War. 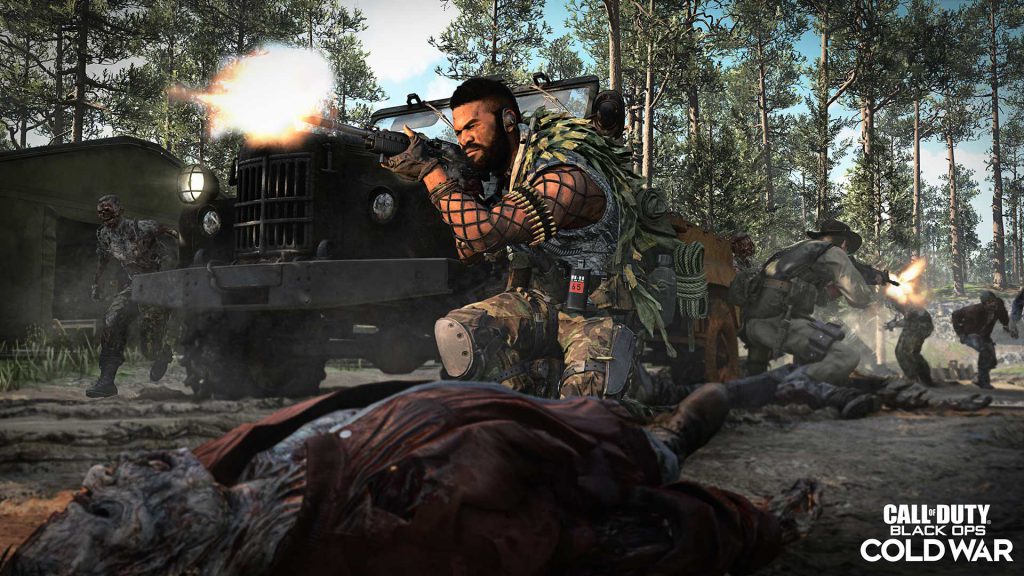 Your Mission in Outbreak

Now you, the elite Operators, are here to aid Requiem in their most important operation yet.

Along with up to three other Operators, your objective is to explore designated regions in the Outbreak zone around the Ural Mountains and assist Requiem’s other divisions in completing their objectives as their most elite strike team. After each experiment is done, you must either successfully exfiltrate the area or, if you choose to accept the risk of deadlier encounters, enter rifts through the Dark Aether to another region to assist with more objectives.

Surrounding these regions is a new aspect of the Dark Aether to contend with, first spotted at “Firebase Z”: the Phase. This supernatural force renders familiar areas deadly and can put previously out-of-bound zones in play.

A typical Outbreak mission begins with a Requiem strike team entering one of these regions via helicopter, armed with a custom starting weapon and Field Upgrade. A waypoint in the overworld, which also appears on the main map and mini-map, marks the location of Requiem’s primary research objective with a star.

Unlike any other Zombies experience thus far, there are no set paths to and from the objective. Agents can take as much time as they wish to explore the area, searching for rewards either in loot chests, encountering various random events, or activating a Trial Computer. For a small cost of 500 Essence, Requiem agents can also take jump pads found in the region that launch them high into the air, allowing them to reach objectives safely and, if they are skilled enough, parachute to collect essence containers during the descent that can cover the cost of their flight fee, and then some.

No matter how a squad gets to the main experiment site, their survival hinges on successfully completing this primary objective. Fail an objective, and your mission is over.

The main investigation can be one of the following: 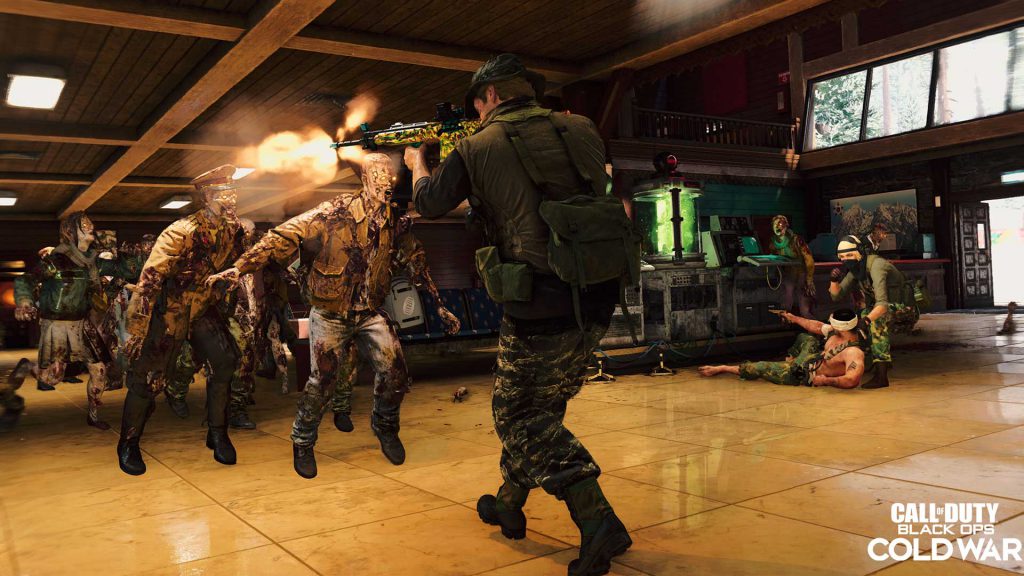 As part of Requiem’s research on the Dark Aether, they are curious about the genetic code on the infected. With numerous tests failing due to teams being killed or… incomplete samples from the agents who submitted them, your task is to claim a fully intact sample, place it in a device to study, and defend the machine while it uploads data.

Depending on the location of this device, numerous strategies for keeping the device online can be effective, like using vehicles in outdoor locations or mid-range weapons for busier locales. No matter where the device is, the usually scattered hordes of the undead will undoubtedly funnel in toward the scanning machine, making close-quarters weapons and placeable equipment or Support items solid choices for defending it. 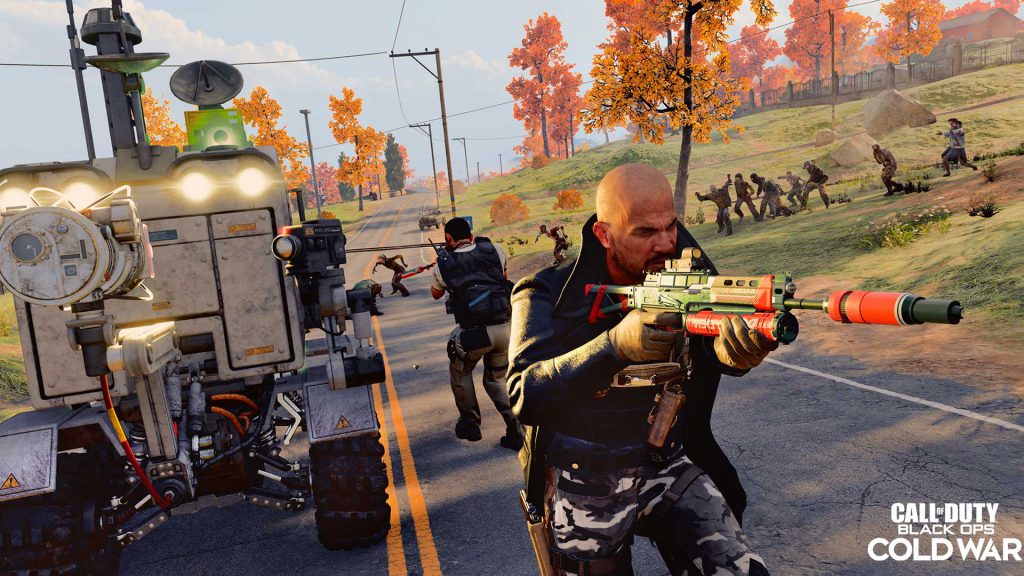 Requiem recently developed a fleet of highly advanced, yet highly vulnerable, rovers to help them detect dimensional portals into the Dark Aether.

Your mission is to ensure this rover (with its captured specimen) finds this dimensional portal somewhere in the Outbreak zone and gets through it in one piece. For this experiment, it’s wise to remember back to your security detail training: keep the principal (the rover) at center, move as one unit, and shift to deal with threats as they come. 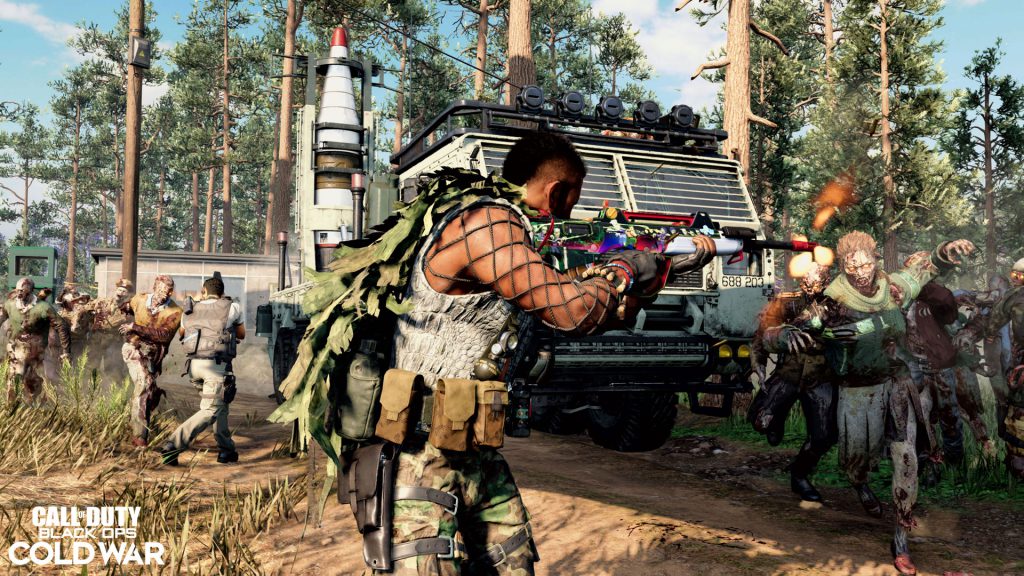 Somewhere in the Outbreak zone, there are two Aether harvesting units that have been gathering raw Aetherium from the atmosphere and growing Aetherium Crystals inside its containment canisters. These Aetherium Canisters need to be extracted to a safe location quickly. Fortunately, a nearby set of rockets can carry them away from harm.

For this experiment, agents will need to carry these canisters to the rockets manually for extraction. Due to their size, they will be unable to use any of their weapons or equipment, and will be rendered slower than usual. However, while carrying the Aetherium Canister, your normal Field Upgrade is replaced with a very powerful one, which can emit a small burst of Aether energy that knocks down nearby zombies – helpful in a pinch if other Operators cannot pick them off. 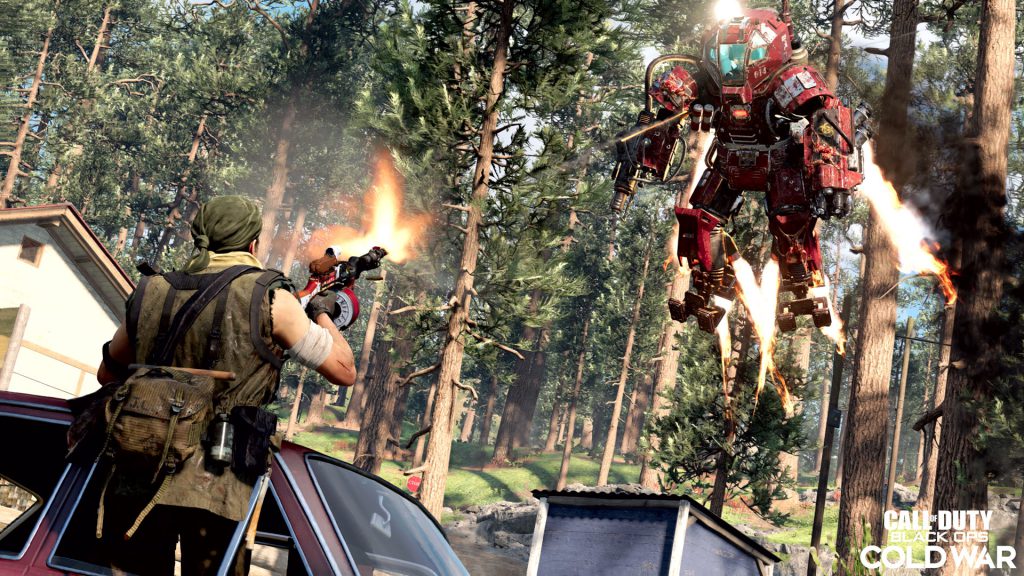 Using a GPS satellite tracker, Requiem can pinpoint the exact location of HVTs (high value targets) across dimensions. For this experiment, this tracker is used to find elite enemies, who will phase into existence after their position is compromised.

Here, agents will have to make a strategic decision: dodge the HVT long enough to clear the ensuing wave of enemies, or deal enough damage to the HVT to force it to move to the next wave of the fight, which will wipe out the remaining wave. 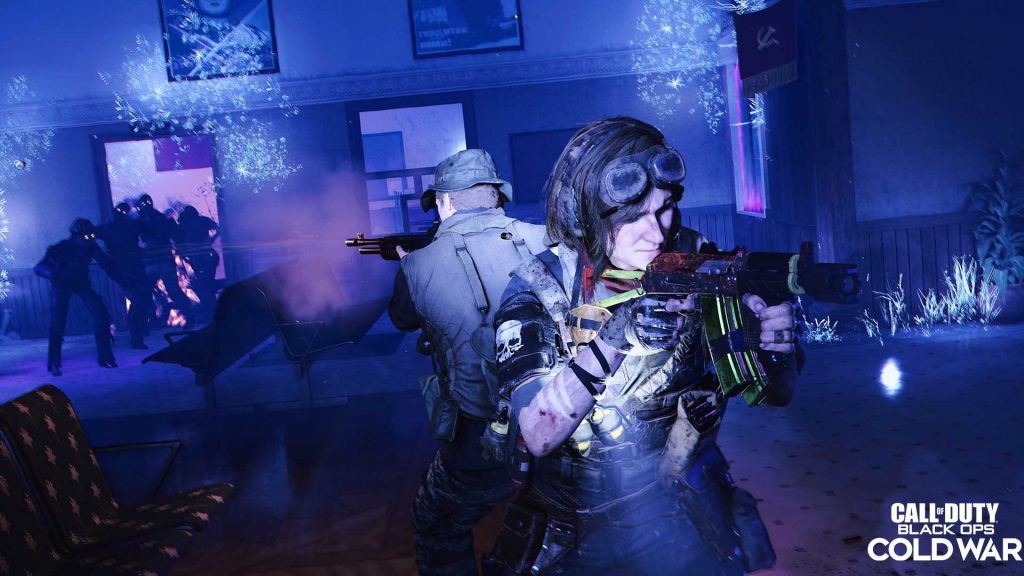 A massive, unstable Aether Crystal is emitting alarming amounts of Dark Aether energy, to a point where some researchers reported hearing voices as they approached it. Due to its chaotic nature, destruction is the only option on the table, although attempting to do so will send agents into the Dark Aether itself, where they must hold out against any undead threats until the explosives are triggered.

This experiment will be the most familiar to veteran Requiem agents, as zombies will flow into the confined space where windows can be boarded up for temporary protection. Use your training to survive for as long as the timer states, and use power-ups and boarding up windows to maximize your chances of holding out.

As the Outbreak continues to grow, expect to find more types of investigations to complete throughout the Ural Mountains. 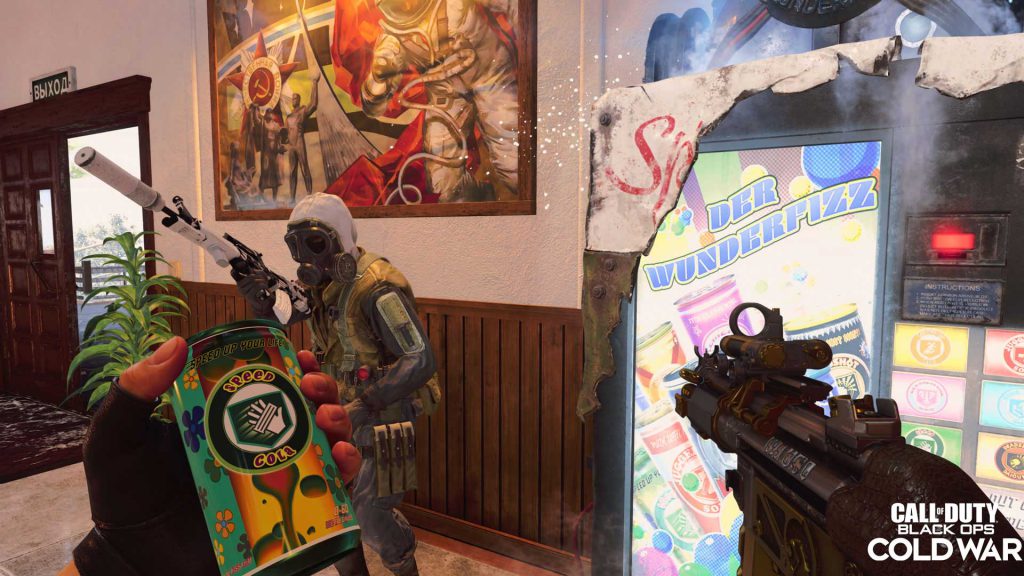 The Beacon: To Exfil or Not to Exfil?

After successfully completing an experiment, all agents must move to a mysterious beacon marked somewhere within the region. Just like getting to the objective itself, there is no linear path to the beacon, but the roaming hordes may make some routes more viable than others.

Once the beacon is activated, several useful machines will appear. These include a Crafting Table for creating equipment and Support items, an Arsenal for Armor and upgrading weapons, as well as Der Wunderfizz, which dispenses a variety of Perks, and of course, a Pack-a-Punch machine.

Agents are encouraged to use their resources at these stations before making an essential choice: call in an Exfil from the Outbreak zone, or take a trip through a dimensional portal to a new region somewhere else in the Ural Mountains.

Taking the first choice – Exfil – works like it does in round-based Black Ops Cold War Zombies experiences: get to the Exfil zone, eliminate any hostiles to clear the helicopter for landing, and hop aboard to leave the area. Doing this successfully will offer additional rewards on top of what was collected in the Outbreak zone.

However, if you take the portal, your squad will begin a new, more challenging mission, travelling to the next Outbreak region to survive against even more dangerous odds. Each trip through the portal amplifies your potential rewards, but also increases the lethality of the awaiting undead horde.

No matter which decision your squad makes, however, rewards are saved for every objective completed. 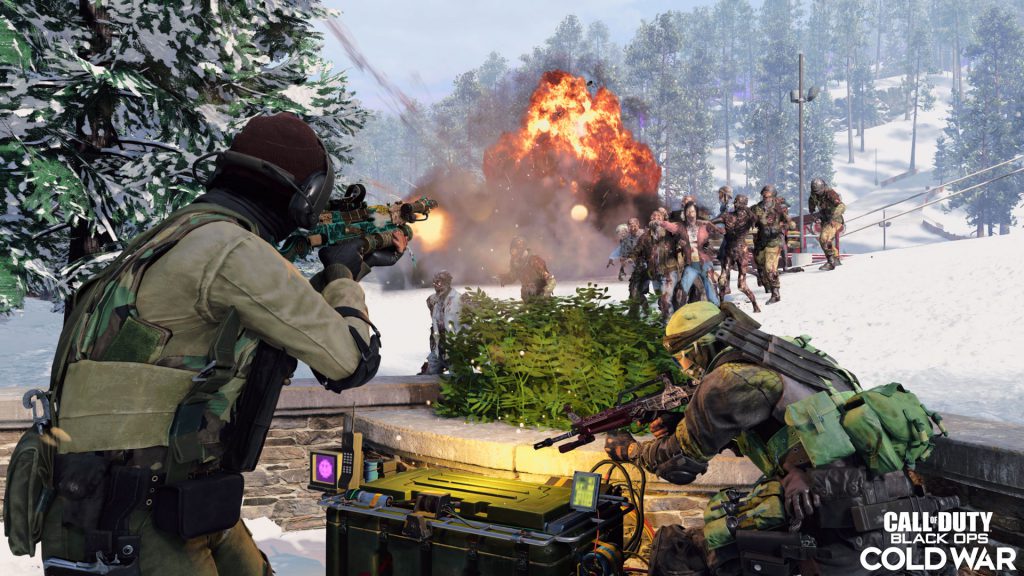 The Spoils of Survival: A Whole New Meta

To learn more about every Tier IV and V upgrade coming to Zombies as part of Season Two, check out our guide on it later this week.

Consider this guide as initial intel for Requiem agents looking to drop into Outbreak. Of course, there is plenty of more research to be done in the Ural Mountains, so it’s up to you and your squad to explore the regions and report back to Requiem with your findings.