CWL Finals is the culmination of the CWL Pro League, the 12-week regular season of the Call of Duty World League, where the best players in the world will compete in a three-day tournament for an event prize pool of $1.25 million. Amateur players have their own championship prize to battle for in the MTN DEW® AMP® GAME FUEL® Open Bracket, with $125,000 in prizing up for grabs.

On Friday at 8:00 PM ET, the Miami Beach Convention Center will be the site of the CWL All-Star game, presented by TCL. Over 215,000 votes were cast by Call of Duty World League fans on Twitter to determine the top four players to compete in the All-Star game. CWL analysts selected captains to represent the team (Division A will be led by Dylan ‘Attach’ Price, while Division B will see Austin ‘SlasheR’ Liddicoat take mantle as captain).

Complete coverage can be found at Twitter.com/CODWorldLeague. More details and the match schedule is available online. 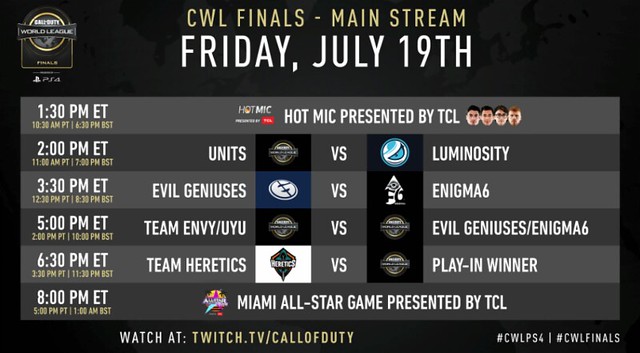 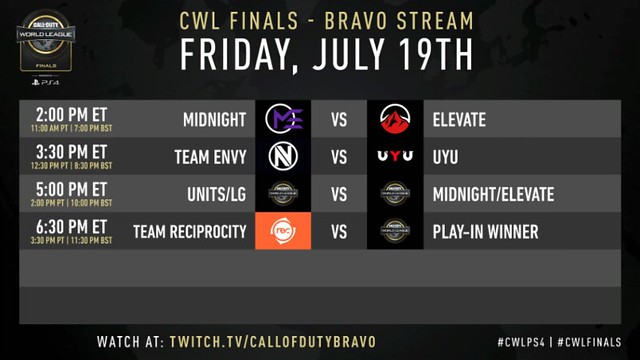