Brave Wave Productions is pleased to present a star-studded tribute to Stemage’s Card of Darkness soundtrack. Released earlier this year on Apple Arcade, Card of Darkness is a hand-drawn card game adventure created by Zach Gage, Pendleton Ward, and Choice Provisions with music by Stemage. Brave Wave Productions and many of their friends, with credits ranging from Mega Man 3, Ninja Gaiden, and Wonder Boy to Bayonetta, Sonic Mania, and Transformers, have arranged the score in a variety of styles including electronic, rock, and piano ballad in the grand tradition of Japanese game music remix albums. Card of Darkness: The Remixes is available today. 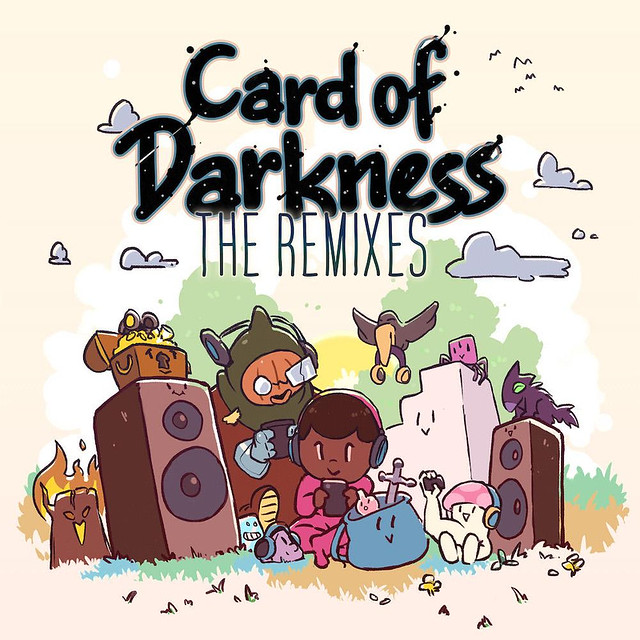 “This album was a pure joy to handle because the whole thing was wrapped up in a little over a month, and I usually take a year or two to finish a music album,” comments Brave Wave Creative Director Mohammed Taher. “I’ve been a huge fan of Stemage’s work on Metroid Metal for over a decade and I couldn’t be happier with how our tribute album for him turned out. Thanks to the exceptional musicians that we work with, this album is a testament to Brave Wave’s ability for producing remix albums in a unique and timely fashion.”

The full talent roster for Card of Darkness: The Remixes is as follows: