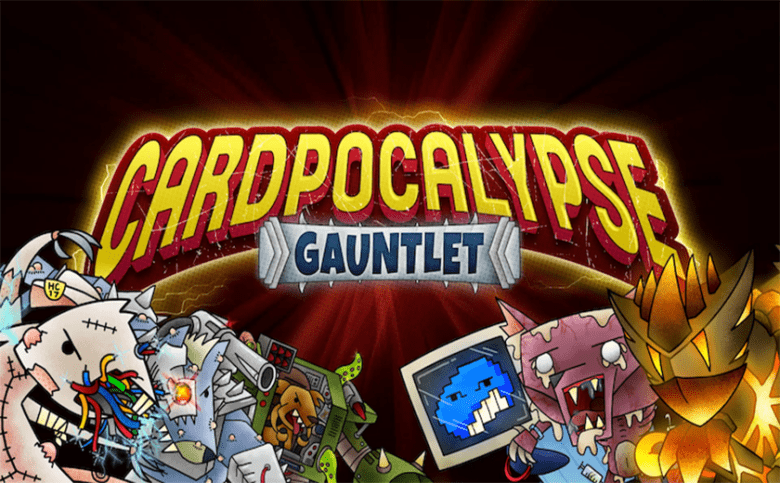 Gambrinous, an award-winning independent game studio, and Versus Evil, one of the leading independent game publishers, today announced that their role-playing game Cardpocalypse has now added an entirely new way to play the game with Gauntlet Mode now available for PlayStation 4, Xbox One and Nintendo Switch versions of the game.

Gauntlet mode is a roguelike mode where every run is unique, players pick their champion and fight their way through ever more difficult battles. After every win players can draft new cards, rules and rewards for their decks in an effort to build the ultimate combo and beat the Gauntlet.

Cardpocalypse is an RPG where battles are played with an epic collectible card game, players build killer card decks, twist the rules and try to save the world in this single-player choice driven RPG about being a 90’s kid. Players can trade, earn, wager, change rules and permanently alter cards on their way to victory.

“Gauntlet mode is a whole new way to play Cardpocalypse and introduces an even more challenging prospect to the game for players to enjoy, and best of all it’s completely free” said Colm Larkin, Director of Gambrinous. “If you are a fan of roguelikes, this is absolutely the expansion for you and really amps up the player challenge.” He added.

Gauntlet Mode is also available for free for Cardpocalypse on the Epic Games Store for PC and Apple Arcade℠.