Mobile games publisher and developer Com2uS hosted the 2019 Summoners War World Arena Championships (SWC), presented by Google Play, on Saturday, Oct. 26 at the Maison de la Mutualité in Paris, France. More than 1,500 attendees from all over Europe gathered to witness a thrilling competition between the best players from around the world. The Grand Finals match concluded with China’s L’est emerging victorious over THOMPSIN from the United States. 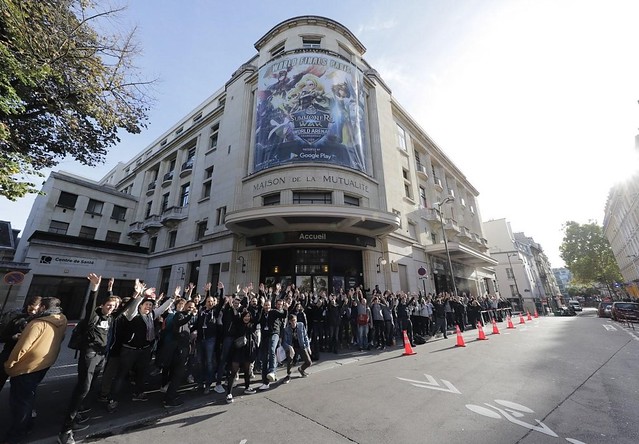 The SWC 2019 World Finals reached a record 1.25 million viewers during the event, which was roughly ten times more than 2018. The tournament was broadcast live on YouTube, Twitch, Naver and more, in fifteen different languages, including English, Korean, French, Japanese, and Mandarin. 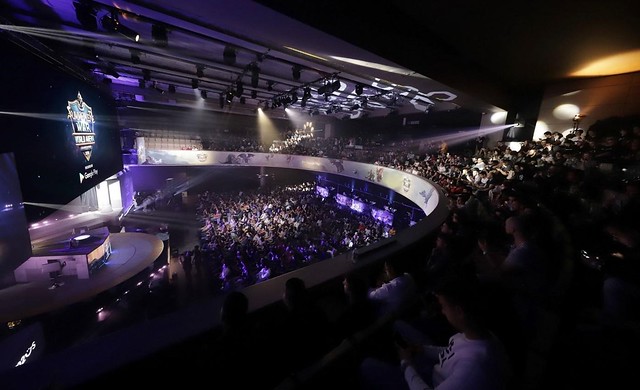 In addition, the full stream of the entire tournament amassed roughly two million views on the official Summoners War eSports YouTube channel, with the same video in French garnering more than one million views. 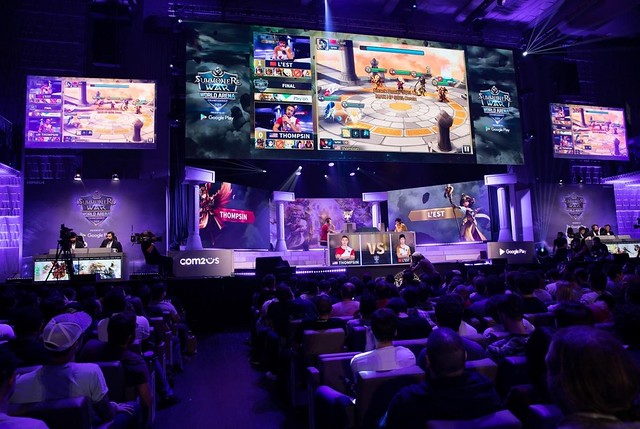 Sign-ups and seating for the event sold out a month in advance. More than 1,500 fans started lining up the morning of, creating a half-mile mile line that wrapped around an entire block where the venue was located.

This year’s SWC 2019 World Finals hosted the eight best players from around the world, all aiming for a piece of the prize pool which totaled $210,000. This group was comprised of the top two players from each regional tournament: the Americas Cup, Europe Cup and Asia-Pacific Cup. These competitors did not disappoint, as they put on a fierce display of skill and strategy, much to the delight of those in attendance. 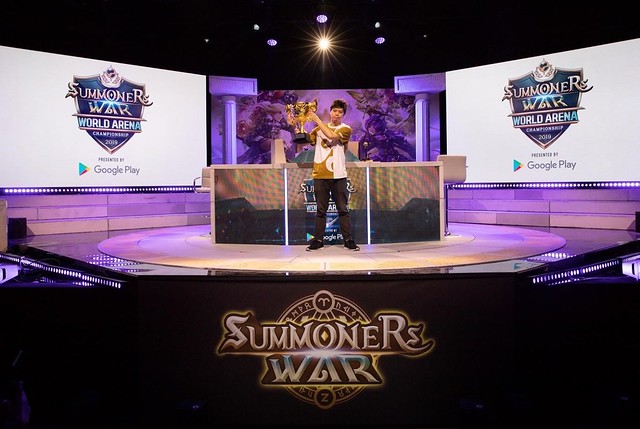 To start off, DILIGENT, winner of the Asia-Pacific Cup and a strong favorite to win it all, and last year’s runner-up LAMA, both fell in the first round in a shocking turn of events. France’s very own ROSITH, who received rousing support from his home fans at the event, had his bid for a grand finals spot cut short with a bitter defeat.

The grand finals showcased the powerful front-runners THOMPSIN and L’est. Both players engaged in a match for the ages, going the full five-game set. Ultimately, it was L’est who came out on top, hoisting the championship trophy up high, being awarded $100,000 and the title of Summoners War Champion. 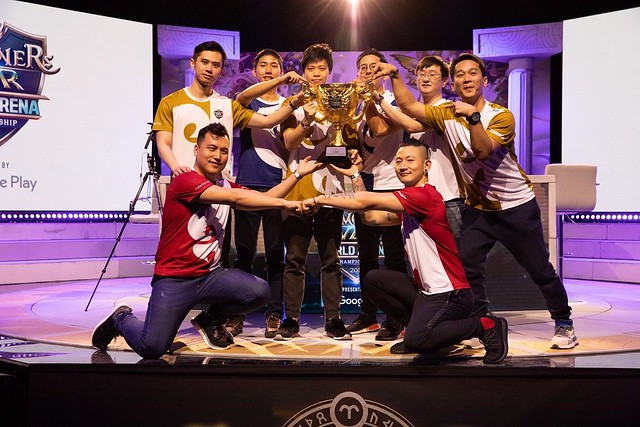 Excitement for SWC 2019 could be felt even outside the auditorium. In addition to the countless European and North American press on the scene, well-known Summoners War influencers around the world provided live news and updates on the event through social media and other online platforms.

With its Paris event having ended, Com2uS has now hosted its third successful SWC World Finals, held previously in Los Angeles and Seoul, and is looking to keep Summoners War firmly established in the mobile eSports scene for the foreseeable future.

The TEKKEN World Tour Returns in 2020 for its Fifth Season of Bone Crushing Bouts
February 21, 2020