Developer Camel Cup Graphics announced today that Six Temples, its highly anticipated multiplayer fantasy-action game for PC, is launching a second beta phase with a much-improved experience. In Six Temples, players choose from 1 of 10 heroes per match, compete in robust maps, and fight for territory among 2 teams of 12 players each by capturing six of the map’s temples. 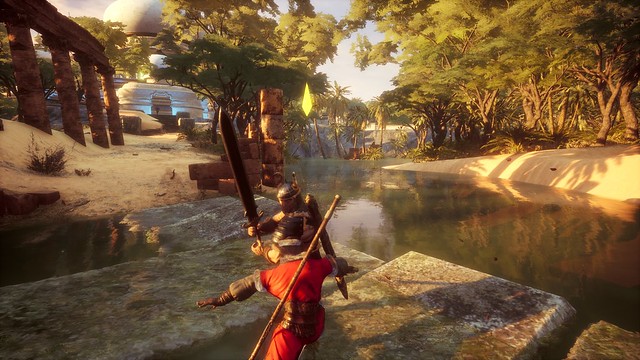 The second beta phase includes three new heroes: Shaman, Executioner, The Count. In addition to a new user interface, the game adds more depth to its combat system, new skills and abilities for Heroes, improved game modes, visual and performance upgrades, and the inclusion of bots to the game (both online and offline).

A full list of new additions to the second beta includes:

0 0
Previous ArticleTIME-LIMITED SAINTS RETURN IN SAINT SEIYA AWAKENING: KNIGHTS OF THE ZODIACNext ArticleDead by Daylight™ Delves into the Wild West With ‘Chains of Hate’

STEEL LEGION, THE NEW SEASON OF CALL OF DUTY: MOBILE, IS NOW LIVE!

DISNEY AND KABAM TEAM UP TO ANNOUNCE DISNEY MIRRORVERSE