Remedy Entertainment’s Control has been released. From the get-go, Control is a mysterious thrillride populated by interesting characters with vague backstories, everyday objects that may or may not have some form of sentience (and an agenda all their own), and crazy super powers ripped straight out of the pages of a comic book.

At the center of it all is Jesse Faden, Control’s main protagonist, who arrives at the Federal Bureau of Control. Her quest is to find her long-lost brother, Dylan, who was seemingly abducted by the F.B.C. many years ago during an incident that is kept extremely vague during the first part of the game. Jesse is an easily likable character from the start, and it’s an absolute joy watching her story unravel as she progresses deeper into the Oldest House — the strange, almost haunted edifice within which the F.B.C. has set-up shop. 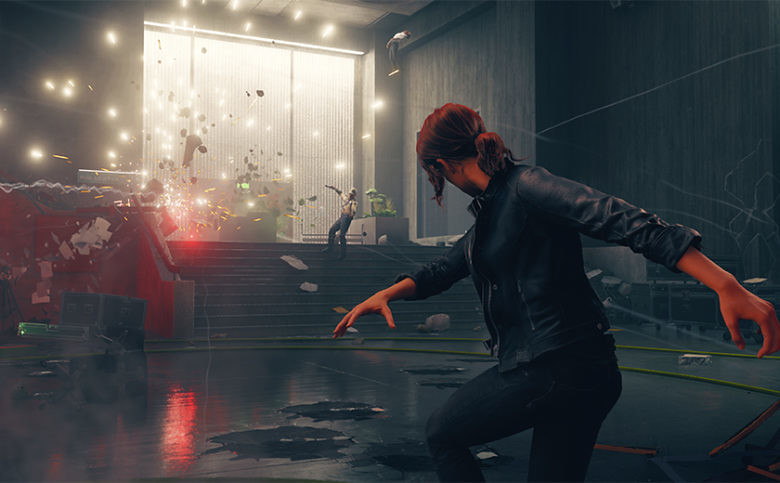 Jesse is accompanied and assisted by a silent being known only as Polaris. Since details on who or what Polaris is are kept to a minimum, it’s hard to say much about their relationship (or much of Jesse’s past) without going into spoiler territory. While Polaris may be quiet, her presence is often felt throughout the game and acts as a helpful guide by highlighting objectives and checkpoints for Jesse.

It isn’t long before Jesse finds herself more or less forced into the role of the F.B.C.’s acting director — a title she certainly didn’t ask for but if it’s going to help her find Dylan, then she’s going to use it as a necessary evil for the time being.

On her mission to find her brother, Jesse encounters several interesting faces throughout the F.B.C. Two stand-outs go to Doctor Darling (one of the F.B.C.’s head researchers who can often be found on one of the many televisions/projectors, giving helpful insight into the Bureau and some of its strange artifacts) and Ahti (the F.B.C.’s janitor who’s strange ramblings only make sense half of the time and has some sort of hidden agenda). However, every new character to pop-up in the game was a very welcome sight, and all of their roles were acted with perfection. 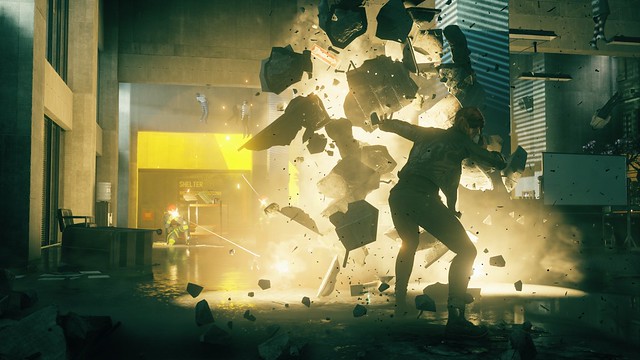 As acting director, Jesse is tasked with helping the F.B.C. push back the Hiss, a strange sort of corruption that is steadily spreading throughout the Oldest House and taking it over piece by piece. Jesse’s main form of combating the Hiss comes in the Service Weapon — a firearm that only works for the acting director. The Service Weapon takes on several unique forms as the game progresses, turning from a pistol into something more akin to a shotgun or even a sniper rifle with just the tap of a button. There are some heavy implications about what exactly the Service Weapon is early on in the game, but I hesitate to say more than that as it’s a bit of information players will undoubtedly enjoy while discovering it on their own.

Graphically, Control is a beauty to behold, and I strongly believe that it’s one of the best looking games on the current generation. However, these amazing graphics come with a steep price on console as some of the more hectic firefights in Control have caused me some of the heaviest drops in frame rate I may have ever seen. Now, this isn’t something that bothered me a lot personally, but I can see it being a huge turn-off for some. Hopefully the developers will be releasing a patch in the future to help smooth things out.

On the plus side, the game’s controls are a dream. Whether you’re throwing objects with Jesse’s psychic abilities, hovering through the air, or just having a good old fashioned gun fight, Control never left me wanting more with its simple inputs and commands.

After a secretive agency in New York is invaded by an otherworldly threat, you become the new Director struggling to regain Control in this supernatural 3rd person action-adventure from Remedy Entertainment and 505 Games
8
Average User Rating
1 vote
Click on a star to submit your own rating!
Your Rating: 0
Submit
Genre:Action, Adventure
Developed By:Remedy Entertainment
Publisher:505 Games
Platforms:PC (Steam), PlayStation 4, Xbox One