CornBilt announced today that they will be showcasing the digital version of the upcoming LocoMotives at Gen Con 2019 at the Tilt Five area in Hall C. An epic game of town building, track laying and bandit fighting set in the Wild West for 1-4 players, LocoMotives is currently available for free in digital format for PC, Mac, Android, iOS and webGL, with the tabletop version coming soon to Kickstarter.

“All of us on the team have been playing and making up tabletop games since we were kids, and we met through the game society in college,” said Todd Porter, CEO of CornBilt. “While our various careers took us down different paths, we’ve now come full circle back to LocoMotives, an addictive strategy game that’s fun for all ages.”

Combining elements of classic tabletop games like Ticket to Ride and Catan with the crazy sights and explosive sounds of the Wild West, LocoMotives pits players in a race to build the greatest railroad empire using four decks of 60 Cards and 48 Good, Bad and Kinda Ugly Characters. In the digital version, players may test their wits against up to three AI opponents, and up to four players can compete via hotseat. A tutorial quickly familiarizes players with the basics, and a high falutin’ soundtrack sets the Western mood. 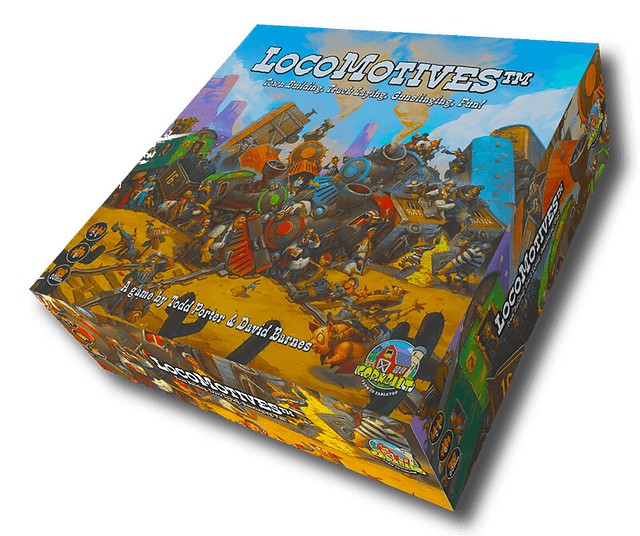 LocoMotives will be a featured title on the upcoming AR board game platform, Tilt Five. The game debuts IsoTiles™, a proprietary technology that generates realistic 3D boards and pieces. This approach uses Unity, a game development tool used to create half of the world’s digital games.

“Our glasses create a holographic image of the board game and don’t block out the world around you,” said Jeri Ellsworth, CEO of Tilt Five. “As a fast-paced game with a lot of humor and player interaction, LocoMotives is a perfect fit for the platform.”

Nordic Warriors is a gory feast for the lovers of Real Time Tactical games
May 12, 2020