Lore Finder, a cosmic horror metroidvania from Kitsune Games, has launched on Kickstarter. A gameplay demo playable in the browser or as a download for PC Windows systems is also available. Lore Finder is a modern queer reimagining of the cosmic horror genre spawned by the works of H.P. Lovecraft. 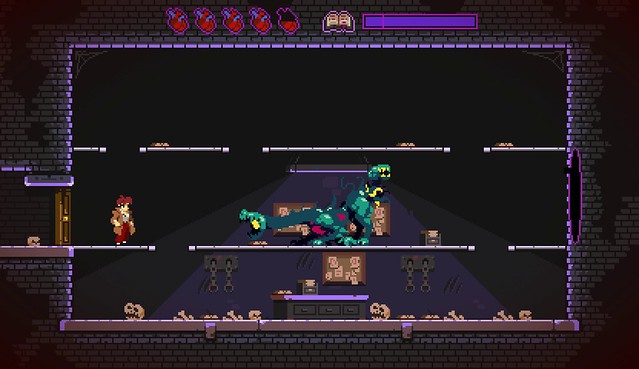 Kitsune Games will work with team members who contributed to titles such as Binding of Isaac: Rebirth, Cave Story+, and Shutshimi to create a horrific menagerie of monsters and mysteries to solve.

Gather scrolls of unspeakable lore which transform your body, but also warp the world around you. Starting with a powerful revolver, players must run, jump, and wall-slide through oppressive living areas and dim basements, accumulating dark powers to wield against climactic terrors. 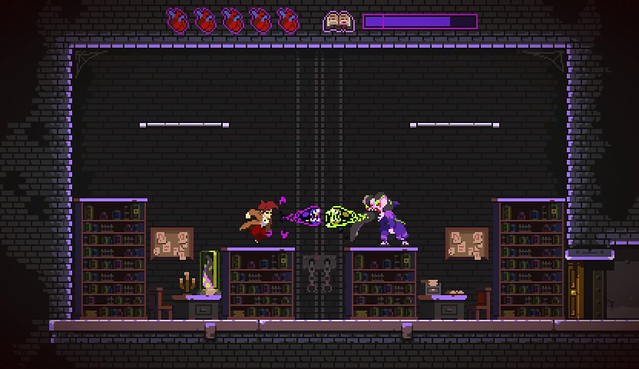 Lore Finder follows the story of non-binary paranormal investigator K.C. Morgan as their search for their missing father leads them to a mansion on an island off the New England coast. Armed with only their wits and an old .38 revolver, they must battle the forces of corruption infesting the mansion, seeking out clues found in scrolls of forbidden lore. But the more they discover, the more warped and twisted the world – and they – become.

Stretch goals include a multi-platform Windows, Mac OS and Linux release, a mode to play as K.C.’s girlfriend, optional bosses and boss rush mode, and console releases on Nintendo Switch, Xbox One, PlayStation 4 and PS Vita.