Horror is one of the more annoying subjective bits of entertainment out there. Some people may be genuinely scared of certain things and others won’t. When I first started playing Count Lucanor I went in expecting to get a few good scares yet that wasn’t what kept me playing. When you think things in context you realize the horror is in what you don’t see just as much as what you see.

The Count Lucanor Is a point and click adventure game starring Hans, a poor boy who dreams of being well taken care of. When his mother refuses to talk about his father’s reason to go to war, he leaves his home to find wealth without his mother. Eventually he lands in an accursed castle after being led by a mysterious Kobold. This blue trickster presents hans a challenge. If he can guess his name in one night, he can become the Count Lucanor, riches and fame can be his. However, should he fail, death awaits him. 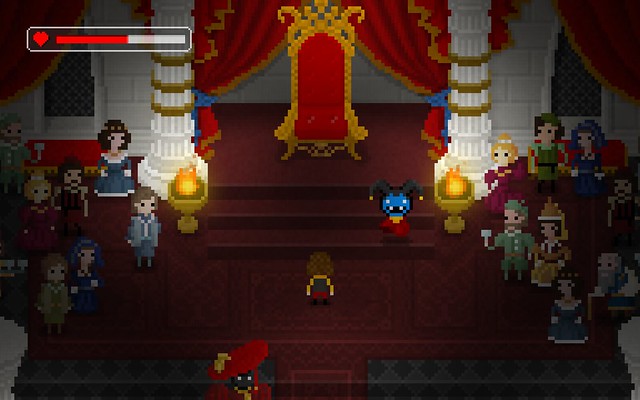 You won’t get much in the way of action. You move around with your control method of choice and you pick up and inspect items. You don’t get any weapons or items to defeat the monsters you’ll face. Hans is just a ten-year-old boy with no powers of his own. The most important and precious items to him will be apple’s, gold coins and candles. Once you solve one puzzle you go on to the next and that’s it. You can save by going to the center of the castle and throwing in one of your gold coins to a fountain. You will have to choose to light up the dark hallways of the many rooms with your candles so choose wisely how you want your game to be lit. At a certain point, “servants” will walk around in the halls. If these creatures see you, they will try to pull you to kill you, but you can run or hide from them. One particular enemy you can’t run from though, if the Red Camerlengo catches you in his line of sight you will take damage no matter what. 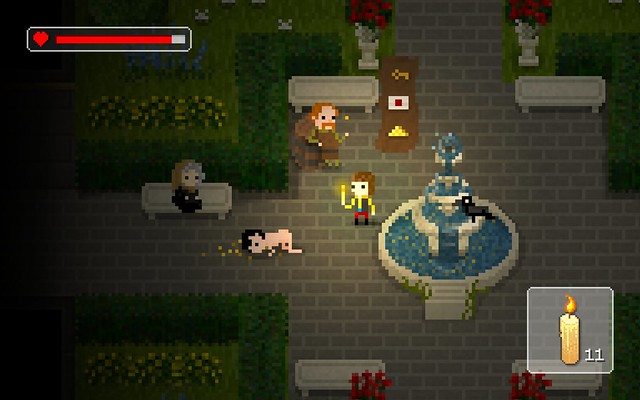 This game lives and dies on what you think of the story. I wouldn’t exactly want to spoil the story either because at the end of the day I liked the game. That being said it’s, not without problems. This game emphasizes stealth but for the most part smart movement will make sure you avoid most of the enemy’s attacks in the game and you can just walk around them. This is definitely a “first” horror game for younger folks. It still has a thought provoking story on the level of a fable, yet we’ve heard this lesson before. “Don’t be greedy or else, don’t live on your desires. Remember who loves you, because if you lose them you may not get them back.” These are just some of the ways I interpreted the lessons of The Count Lucanor. Don’t look this game up on youtube, it does sport multiple endings and if you spoil yourself you’ll probably feel cheated if you buy the game. The music and art style do meld well together but nothing really stood out to me as a memorable character or piece of art. I would wager that someone might enjoy the art and music more if they are more susceptible to horrific images.

Count Lucanor is a good game to get people into horrific point and clicks and horror games in general. Maybe you can use it to scare the crap out of bratty ten-year old’s who think they can run away. Whether you’re young or old, you never know what horrors await you in the night.

COVID: The Outbreak Launches Today on Steam and GOG
May 29, 2020