The highly-anticipated Kingdom Hearts III released worldwide back in January. Since then, fans have heralded the game as being a strong and well-made conclusion to the saga. One widely-shared complaint, however, was that the game was too easy compared to other titles in the series. The attraction flow rides, keyblade transformations, and lack of rigorous battle mechanics can make the battles rather easy and repetitive. On the other hand, some have argued this creates a more inclusive experience for players more focused on the story and the overall experience of the game. For those hardcore Kingdom Hearts fans, Square Enix announced a DLC “Critical Mode” in March. Fans waited with eager excitement for this new way to experience Kingdom Hearts III … but did it meet fans’ expectations?

In the few days since the team behind Kingdom Hearts III released the game’s Critical Mode DLC, fans have been torn over how they feel about the new mode (myself included). I haven’t had a chance to pick up Kingdom Hearts III much since I finished the game, but I went in with high hopes and excitement — and then it died … again and again and again (all thanks to our old friend named Darkside). 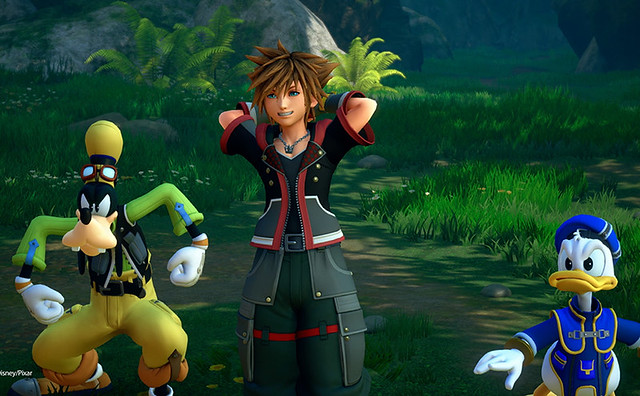 Yeah, that’s right. I died in the game’s tutorial. I’m not embarrassed to admit it. One thing you’ll learn quickly is that this game humbles you and it makes sure to instill that early on. You cannot go into any boss fight (or even any random enemy encounter) and believe you are going to get it on the first try because you’re good. You need to go into every battle knowing you will probably die a lot, and use each attempt as a lesson in the enemy’s battle patterns.

Honestly, as infuriating as it can be to die to the same heartless mob nine times, I loved it. I think Critical Mode made me appreciate every aspect of the game — the enemies patterns of attack, the HP orbs dropped by shadows, the features in the environment I can use for protection — everything. When you can hack and slash your way through every fight with ease, some of these things go unnoticed. Additionally, the ability to turn off attraction flow rides was a HUGE plus. Although they are fun, they become a crutch. There’s constantly so many popping up, and along with keyblade transformations, party commands and form changes, you barely have to do any actual fighting in the normal mode. All you had to do was jump on some teacups and the boss was history. This newly added option really trims the fighting down to the basics in a way that makes you a better and more resourceful player. I’ll admit, I’m not much of an avid magic user (besides cure … which I spam like there’s no tomorrow), but Critical Mode had me using Firaga as my opening move for any and every battle. Critical Mode is fascinating in that it really makes you audit, adjust, and then continuously re-adjust your own playstyle in a way that strengthens your capabilities as a player. 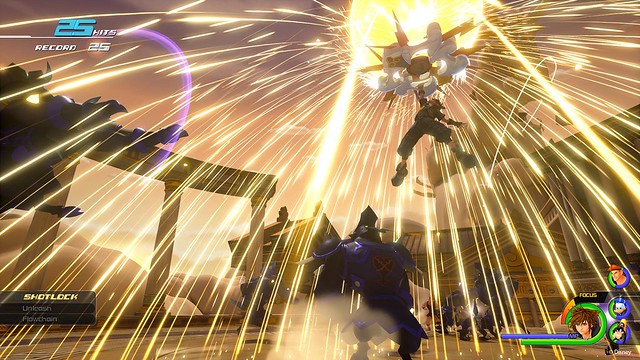 Now, this detailed, determined playstyle may not be for everyone … and that’s okay. Some may not be looking for a challenge that’s frustrating-to-the-point-of-agony. Some just want to play the game. In fact, there were players that heralded the accessibility of the game. We all know that one point in many other Kingdom Hearts titles where our friends gave up and stopped playing or we put the game down for a while out of pure frustration. Some of us picked it back up again and kept going, but maybe others didn’t. It’s an interesting and new approach to allow fans to basically opt out of the difficulty and the challenge, and to choose to just have fun with it.

Especially since Kingdom Hearts III is opening itself and the entire series to another audience on the Xbox, I think accessibility is a really important factor in bringing people into the series and creating an enjoyable experience. Sure, we will lose patience and sleep over battles with Demyx and Young Xehanort (spending hours upon hours perfecting our strategy and optimizing the potions and ethers in our item slots) but would you do that for some game you just picked up and weren’t invested in? Probably not. Before you get all angry and come for my Twitter mentions (please do … I need the engagement), the game devs need to think about that when making a game. Yes, they do make it for the fans, but they can only make games for the fans if they can meet their bottom lines and sustain their company,  and they can’t do that if they ostracize part of the target market.

Although I have not finished Kingdom Hearts III Critical Mode yet (oh yes, the sacrilege — I just finished finals, cut me a break!), the experience Square Enix and Kingdom Heart III’s Critical Mode creates just in the early stages of the game (in the tutorial) have me itching for more. Upon my original playthrough of Kingdom Hearts III, I will admit, it was too easy. It felt like there was something missing … I didn’t feel the need to grind because I could sweep through boss battles on the first try while still being underleveled. The final boss battles we had been waiting for for-oh-so-long felt underwhelming because I slashed through them on my first try. But in the first few minutes of my encounter with Darkside, I felt as though I had finally found it. There was this, what I can describe in no other way other than “sass.” The game said, “So … you thought I was too easy, huh? I will make you eat your words and then I’ll beat you over the head with your own keyblade.” I was taken aback but honestly very impressed. This mode perfects the game for hardcore fans who want that challenge and to really feel the achievement and pride that comes with finally beating a boss after slaving over your controller for hours as you perfect your strategy. 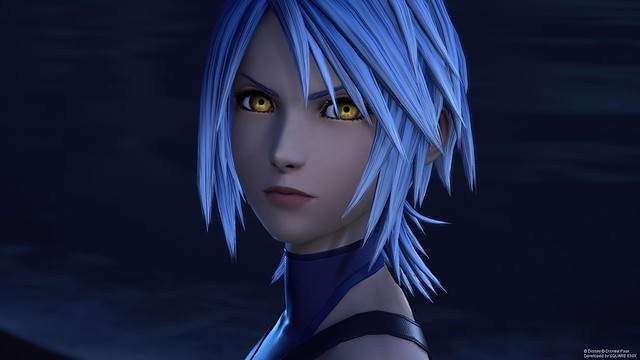 So, if you’re thinking about playing Critical Mode, get ready for the “game over” screen to be burned into your retinas. Prepare for an 80-hour playtime by the end of the game — if you’re lucky. Prepare for the most frustrating yet rewarding experience you’ve encountered in a Kingdom Hearts game. Above all though, prepare for this to be the most time you’ll ever spend on a freaking tutorial.