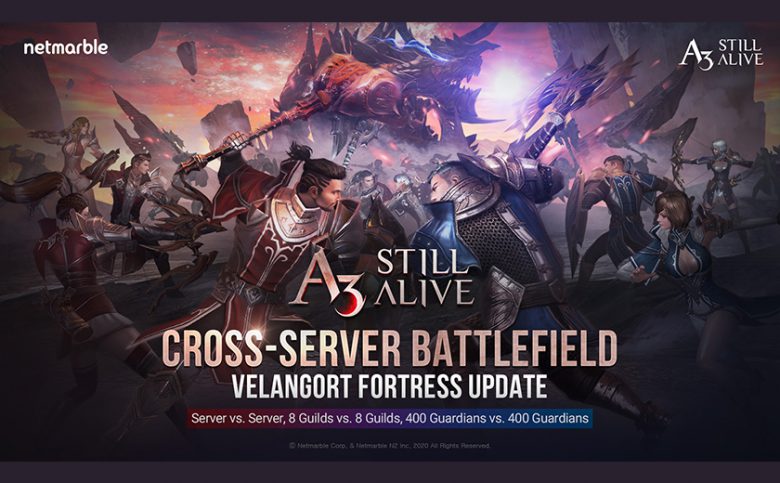 Starting every Thursday, the Velangort Fortress Cross-Server Battle is now open to players. Two of A3: STILL ALIVE’s servers will compete against each other, with the top 8 guilds from each server battling it out for victory. With a maximum capacity of 800 players able to join in the battle, every user in the winning server will receive special rewards, along with a world buff even if they did not participate in the server battle.

A new Somius of Peace equipment dungeon has also been added for players eager to secure higher-level items in an enhanced environment and is compatible with ALIVE mode auto-battle functionality. To enter, players can use up to eight tickets per day, which can be collected once every hour, or can be bought with in-game gold.

Other in-game events and additions to A3: STILL ALIVE include: