Phoenix Labs has revealed the first details for the brand new Behemoth, the Riftstalker, which will soon prowl under the darkened skies of Dauntless. The Riftstalker will soon emerge on the Shattered Isles as part of the Dark Harvest in-game event. The event has officially commenced and will run through November 1, while players can continue to hunt the Riftstalker once the event is over.

Dark Harvest has descended upon Ramsgate, casting the hub city into a night that won’t relent, bringing with it the scrawls of a mysterious cult, the Unseen. An even greater darkness grows beyond the edges of Ramsgate: the Riftstalker. 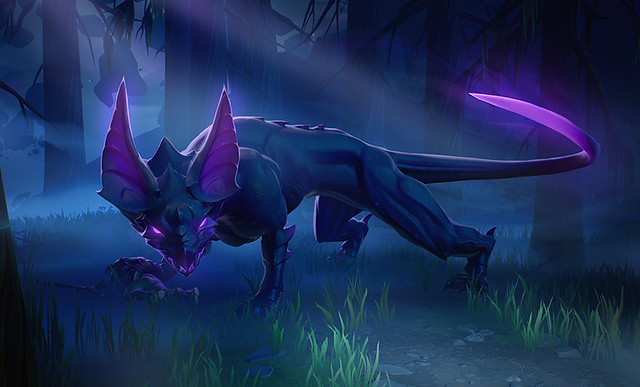 The Riftstalker is a new umbral Behemoth that blends cat, bat, and extreme speed into an encounter unlike any other in Dauntless. The name “Riftstalker” comes from the Behemoth’s ability to open and move through umbral rifts — dark, swirling portals to another dimension. Slayers need to be extra cautious around this Behemoth, as it can drag its prey through these portals and into the dark dimension it calls home. If Slayers fall into these rifts they will find themselves in a dark dimension attacked from all sides by the Riftstalker as it jumps from one portal to the next. Slayers that live up to the challenge and defeat the Riftstalker can gather umbral trophies to create a new set of Behemoth armor and weapons.

While players train to take on the Riftstalker, they can enjoy Dark Harvest today which includes new limited-time cosmetics and emotes.