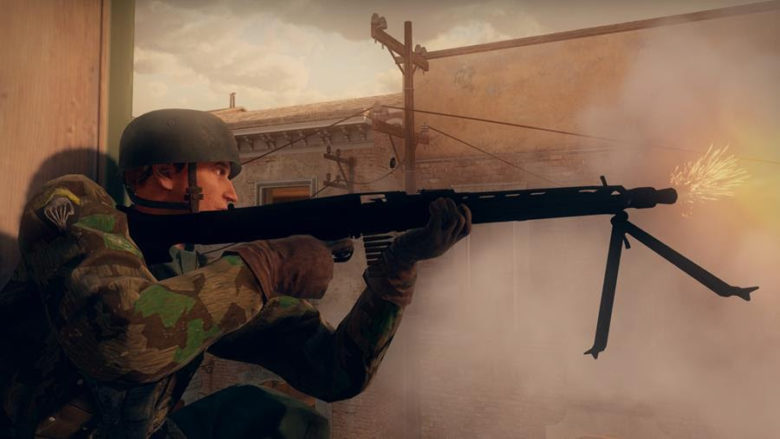 Welcome back to war-torn Europe. New World Interactive, creators of Insurgency and Insurgency: Sandstorm, has announced that Day of Infamy will be fully released on Steam on Thursday, March 23, 2017.

The World War II multiplayer and cooperative shooter entered Steam Early Access on July 28, 2016, and since then, Day of Infamy has continued to hold a Very Positive (89%) user review status on the platform. Now as the game moves into full release, the developers at New World are excited to announce additional features including:

“With launch date on the horizon, we are feeling the hype from our community and know that gamers are ready for this visceral WWII experience,” said New World Creative Director Andrew Spearin.

From entrenched shores to battered streets, Day of Infamy takes the player into intense close-quarters WWII infantry combat. What started out as an Insurgency mod has transformed into a full-fledged standalone game built with Source Engine. Inspired by Day of Defeat, Day of Infamy builds off the atmosphere and nostalgia of this classic experience, but adds more visceral and intense core infantry mechanics.

The full release of Day of Infamy launches on March 23, 2017. The game is currently available in Early Access for $19.99 on Steam for PC, Mac and Linux.