Today, developer Invader Studios adds Daymare: 1998 to the altar of the survival horror genre. Born from the passion of its creators, the game addresses all gamers who love to fight their way through a place where evil lurks behind every corner while their fragile existence is being questioned. All that with just a handful of ammo rounds in the pocket and only a faint sense of the bigger picture.

Daymare: 1998 also comes from the cooperation of the development team with Destructive Creations, the studio responsible for Ancestors Legacy RTS, and All in! Games, who have taken on the role of global publisher.

“This is a very emotional moment for us, and we are more than happy to pass Daymare: 1998 into the hands of the gamers. Four long years have led us to this moment, and the process we endured was very difficult, but we enjoyed every moment of it. This game was born from our passion, it was fueled by our stubbornness, and it’s our tribute to the beloved survival horror genre and the atmosphere of the ’90s in general. We are very proud to have managed to develop a game like this with such a small team, yet we’re aware that our work is not over, and we’ll keep supporting it in the months to come. We hope you will enjoy the game and the story it tells,” says Michele Giannone, Creative Director of Invader Studios. 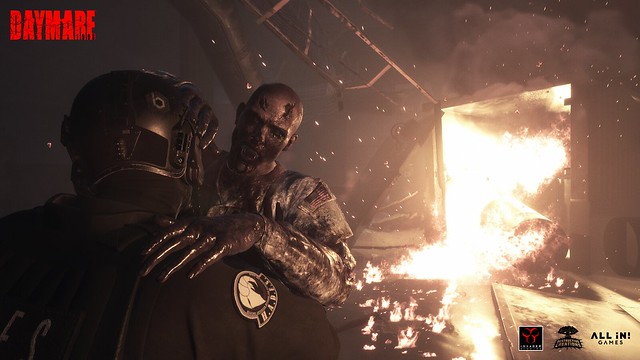 Raven is strong on the outside, but frightened and unsure deep inside, where the past torments him every day. He went through hell during and after his flight accident, and it stuck with him. Liev picking on him doesn’t help much either. But that’s nothing compared to what lies ahead of him.

No matter if he calls it coincidence or fate, the fact remains that new demons are here to haunt him – and Keen Sight soon becomes his new hell. At least the monsters he encounters in the streets of the now-dead town can be taken out and left to rot in a pool of blood. Well, most of them. The question remains if getting through this alive will help him to find the peace he’s been looking for, or if this is just a start of a new torment that some might call a daymare.

Daymare: 1998 is now available to purchase, wishlist, or try out through a demo on Steam to learn more about what’s lurking in a seemingly inconspicuous little town, overrun by terrifying creatures that once inhabited the area as ordinary people. 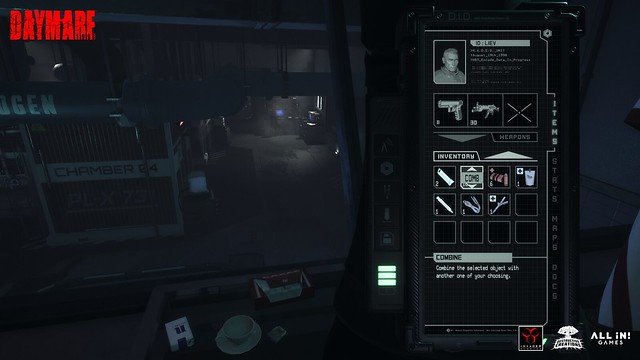 Daymare: 1998 will also be released on GOG.com later this year. PlayStation®4 and Xbox One versions are in the works, with the proven support of Slipgate Ironworks studio. The release date for these platforms will be announced shortly.