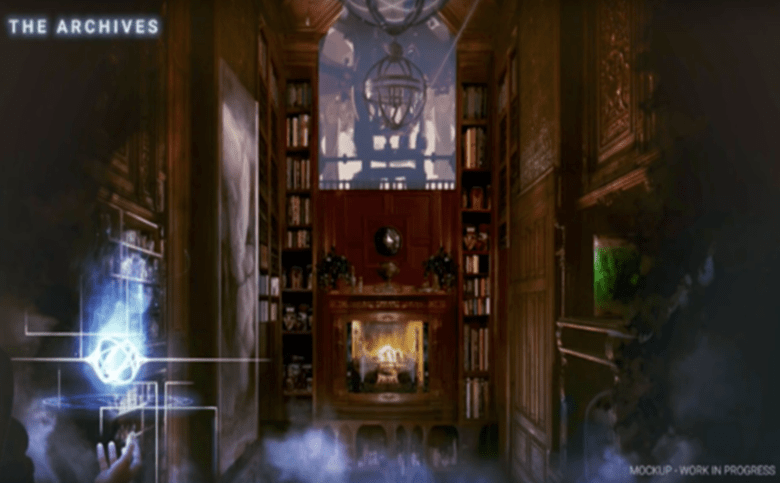 Dead by Daylight’s Archives have arrived, bringing new ways for players to earn precious Blood Points and Rift Fragments, and even adding unlockable pieces of lore surrounding the game’s original Survivors and Killers. Today, we’re going to break down the Archives and decide whether or not they’re a good addition to the asymmetric survival horror game.

Behavior Interactive is pulling out all the stops as far as fan-requested content goes. In the past year and a half, the creative team behind Dead by Daylight have added new killers, both original to the game’s world and fan-requested characters like Ghost Face, several Stranger Things characters, and Ash from the Evil Dead series (even voiced by Bruce Campbell). Behavior has also implemented a regularly updated in-game cosmetic shop, answering player’s requests for more customization for both Killers and Survivors alike.

Now, Behavior is answering yet another fan request with the Archives by providing players with additional pieces of story regarding Dead by Daylight’s world. This added story is a great bonus to the game as much of Dead by Daylight’s player base has been clamoring for additional lore since the game’s release (over three years ago).

But there’s more to the Archives than just unlocking stories. In order to start collecting these pieces of lore, players will have to complete a great deal of challenges as both Survivors and Killers. There are several Tomes to complete, each one offering a harder string of challenges than the last. So, players who want to complete the lore and earn all of the other rewards (like Blood Points and Rift Fragments) will have to grind to complete every challenge available. However, each Tome is also tied into the current Rift … so in order to earn the Rift Fragments of a particular Tome, those challenges will have to be completed before the accompanying Rift closes. Bloodpoints and Lore can still be earned later on but once the Rift is closed, both it and its fragments are gone forever!

All of that being said, there are some balancing issues with the challenges. Some are just a little too grindy while others can only be completed in very particular circumstances. This isn’t a deal breaker, not in the slightest, but it’s important to note that Behavior nerfed some of the more recent challenges when they proved to be far too difficult (if not nearly impossible). It was a good move on their part, but some of the challenges (like completing certain objectives with a particular perk equipped) will still end up being quite difficult for newer players who just want to level up their Rift for a good start on their cosmetic collection.

Still, it’s hard to say that the added challenge is a bad thing, especially for veteran players who were hoping to get more out of the experience. I also believe that the unlockable stories more than make-up for the more difficult grind. Each piece of lore is completely narrated, and collecting a full story unlocks some genuinely awesome art-driven cinematics.

So, the Archives are a very welcome addition to Dead by Daylight. They could certainly use some tweaking to make some of their challenges a bit less of a grind, but everything that comes with these challenges is a welcome addition and worth working toward. Not to mention, it all adds some much needed replayability to the game.

For more on all things Dead by Daylight, stay tuned to GamingLyfe.com!