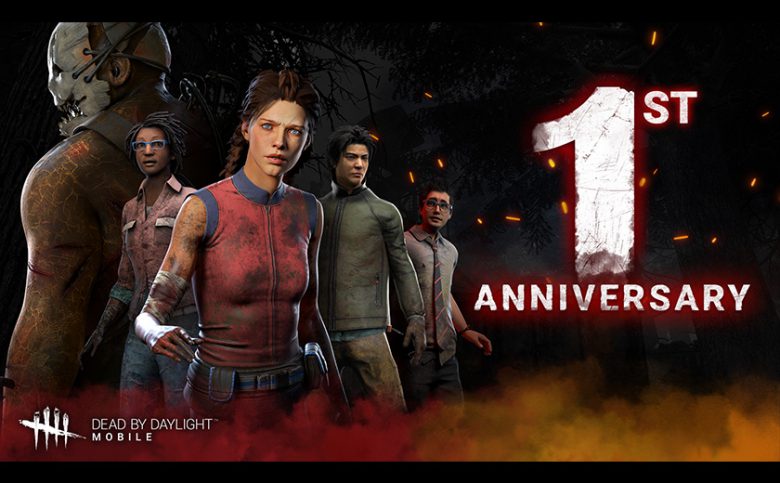 A Year in Review

The past year has also seen the arrival of 11 new iconic characters for players to enjoy. In April 2020, the legendary Bill from Left4Dead, as well as Nancy Wheeler, Steve Harrington, and the Demogorgon from the Stranger Things Chapter all made their way to the game. In May, it was LeatherfaceTM’s turn to step into the Fog. Then came Dead by Daylight’s original Killer The Oni and Survivor Yui Kimura at the end of the summer. In October, the game welcomed Cheryl Mason and Pyramid Head, known in-game as The Executioner, from the iconic Silent Hill franchise. Lastly, this past February, Freddy Krueger, known in-game as The Nightmare and Quentin Smith from the A Nightmare on Elm StreetTM Chapter joined the Entity.

“Building up the DbD Mobile team and game was a year-long process where I got to work with a group of truly talented, warm and often hilarious people”, says Dead by Daylight Mobile Producer, Valentine Dessertenne. ‘We’re all deeply proud of the game we made, and this shows in how far we’ve taken DbDM from a barely-there prototype to a flourishing live game. I’m excited to see what’s next for DbDM and this awesome team we’ve put together.”

A lot to look forward to

To celebrate one full year of being able to play Dead by Daylight on the go, in-game celebrations are being held. Anniversary Gift Boxes are available for free and contain past collections: players can dress their favorite Killers and Survivors in swanky garb. From April 19th to April 25th, the Summer Camp Collection, featuring breezy outfits for Dwight, Meg, The Nurse, and The Trapper will be available via Gift boxes. Lastly, the Back to School collection, featuring the “Campus Cool” outfit for Claudette – the best way to show your uni pride – and the “Lost Cause” outfit for the Legion, because who needs school anyway?- will be available from April 26th to May 2nd.

Finally, the 1st Anniversary celebrations will culminate with the release of the All-Kill chapter on May 3rd, 2021.

The name All-Kill refers to when a group’s song or album simultaneously takes the top spot of all eight Korean music charts.

All-Kill explores the vibrant and exciting world of K-pop music and culture, with a dark twist. It introduces a new Killer: The Trickster and a new Survivor: Yun-Jin Lee.