Polish developer Jujubee S.A. has just announced that the studio’s Deep Diving VR is now available for purchase on Steam for $19.99, with a 15% discount to commemorate the game’s launch. The developers are confident that the immersive experience in VR will bring a whole new level of entertainment for the adventurous player.  Worth mentioning is the fact that players can also expect the support of all available controllers on the market: Oculus Touch, HTC Vive, gamepads, as well as the classic mouse and keyboard combination. The studio is also going to launch Deep Diving VR on Oculus and Viveport in September.

The developers have a goal of raising awareness about the current health of our oceans and seas. The Games Beyond™ initiative is a humble invitation to enjoy the gaming experience while remembering the world’s current problems. Bringing the game into Virtual Reality enables the audience to fully immerse themselves in the endangered underwater world.

The studio would like to mention that the Adventure Pack is also available for purchase in Deep Diving VR and it is priced at $7.99. Deep Diving Simulator is also currently available for a -50% discount on Steam and GOG. 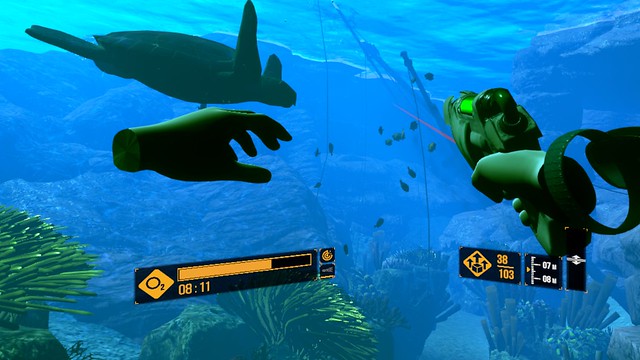 Deep Diving VR is best described by its features:

0 0
Previous ArticleInsurgency: Sandstorm – The Frontline Update is Available NowNext ArticleTouring Karts is out on Steam and Oculus in Early Access.