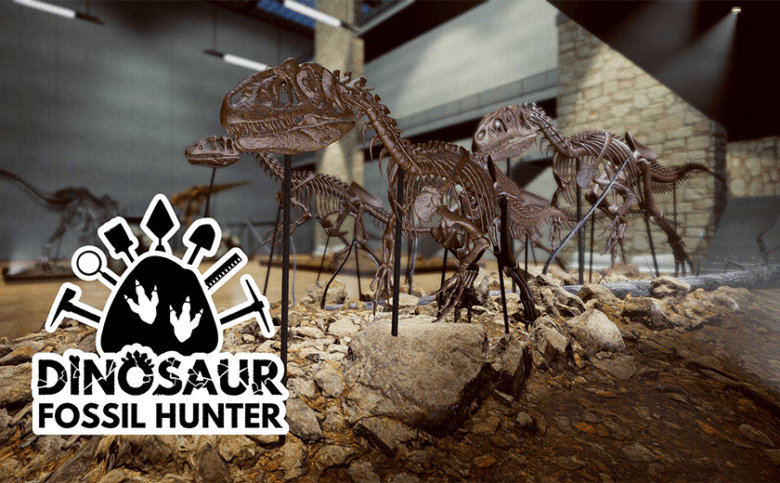 Dinosaur Fossil Hunter is a simulator, allowing player to take on a role of a paleontologist exploring the western states of the USA in search of dinosaur fossils. Kickstarter campaign, which starts today will allow for a quicker release of the full game from Pyramid Games.

Dinosaur Fossil Hunter is a simulator in which players take on the role of a paleontologist traversing various regions of the United States in search of dinosaur fossils. Players will be able to research extensive territories, destroy rocks and water tanks in order to reach their goal. They will get a whole range of different tools to use. These will allow players to dig and cleanse the fossils, so they can later be assembled and exhibited in players’ own, self-decorated museum.

The beginning of Kickstarter campaign

The Kickstarter campaign starts today (May 29th 2020) and will last for 30 days. Funds collected during this period will allow the developers to finish their work on the game – by reaching the first threshold,the Early Access version will be polished, the next ones will allow for further development of the game. The studio plans for this title include the addition of dynamic weather, the expansion of exploratory mechanics or the personalisation of the museum. And these are just a few of the improvements for which funds are being raised during the ongoing campaign.

The reveal of Dinosaur Fossil Hunter demo will take place on June 9th 2020, during Steam Games Festival. However – everyone who will support the Kickstarter campaign will receive exclusive access to the demo right away.

The release date of Dinosaur Fossil Hunter is planned for second half of 2020.