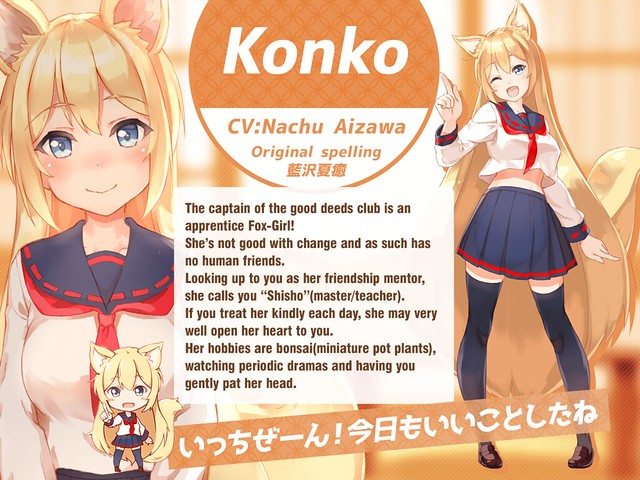 “Your Waifu Foxgirl Konko” is a game which focuses on Japanese aesthetic themes such as “Wabi,” “Sabi,” and “Moe.” At its core though, it is all about enjoying “Kawaii” (cuteness).

The heroine of this game, “Konko,” is a lonely foxgirl with no friends. The player can “talk” with her to increase intimacy, “drink tea” with her to break the ice, give affection, and “pat her head.” Enjoy daily life or just mess around and have some fun… The days will pass by and how the player spends their time with her is entirely up to them.

Konko exists within the game, just waiting for the player to pop by and say hi! 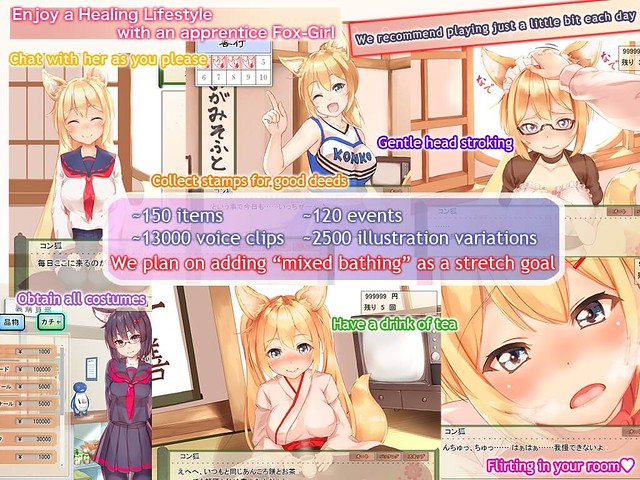 About the Kickstarter Project

The English Localization of “Your Waifu Foxgirl Konko / Konko to no Nichijou” needs to raise 2,500,000 Yen in 30 days. For those who back the project a selection of rewards will be available. From the simple “Game Course” containing Game Keys for the completed localized version of the game, to the “Super MofuMofu Course” filled with goodies such as acrylic figures, wall scrolls, hugging pillows and other such items that will LITERALLY bring Konko into everyday life. 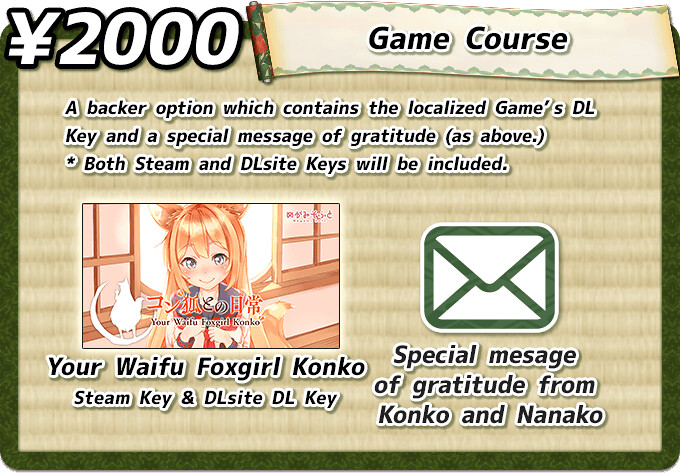 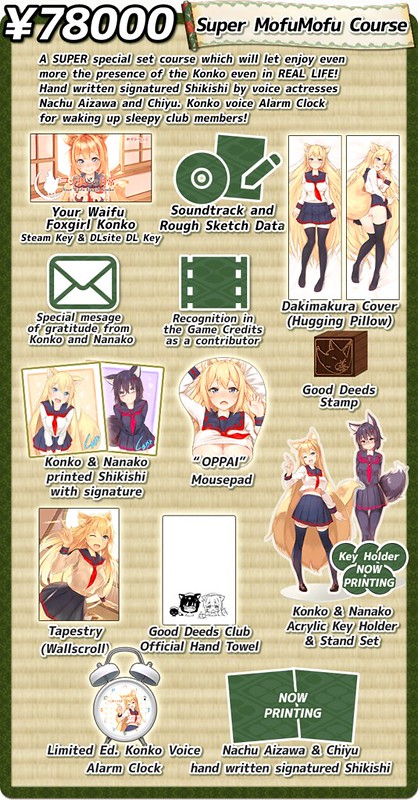 Should the crowdfunding project prove to be successful, DLsite plans to release the English localized version of “Your Waifu Foxgirl Konko / Konko to no Nichijou” on DLsite and Steam (A digital distribution platform developed and managed by Valve Corporation.)

Not Tonight: Take Back Control Edition launches on Nintendo Switch on January 31
January 15, 2020

Pathfinder: Wrath of the Righteous Kickstarter to Debut on February 4
January 14, 2020