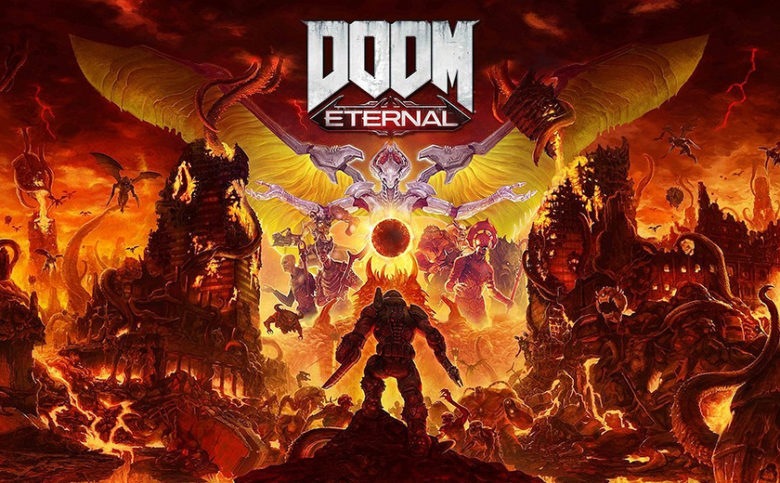 DOOM Eternal, the latest installment in the DOOM franchise that was delayed for release until March of this year, will not feature microtransactions. Yes, you read and heard that right … The confirmation recently came from the game’s creative director, Hugo Martin, who pointed out that players will be dropping $60 USD on the game — something that will provide them with a “complete experience.”

“Eternal is a $60 game,” Martin said on Facebook, “not a free-to-play game or a mobile game—we are giving u [sic] a complete experience with no store just like you’d expect.”

As it’s known, the game was originally planned for release in November 2019, but iD Software decided to delay it until March 2020 so that it had more time to ensure the content was polished and ready to go. Once it finally goes live, it will be available for purchase on the PC, PlayStation 4, Xbox One, and Google Stadia. It’ll arrive later on for the Nintendo Switch as well.

Players have been understandably concerned about whether DOOM Eternal will feature microtransactions. For the past few years, microtransactions have become quite a negative trend, so much so that other developers and publishers have started to avoid them. For those who don’t know, microtransactions are a type of revenue model that shapes a game around small, regular purchases made by players in order to attain essential or semi-essential gear to progress. Microtransactions tend to come in many forms too.

In the worst cases, games are deliberately stunted in ways that all but force players to make these small purchases, otherwise they would be required to grind away for so many hours that the game wouldn’t be enjoyable. For example, when EA launched Star Wars: Battlefront II, this was the way the game was designed and received a lot of criticism … Middle-Earth: Shadow of Mordor from WB Games also comes to mind.  Others feature non-essential microtransactions that truly aren’t necessary, but still benefit the players who pay for them — like Fallout 76‘s Repair Kits or Assassin’s Creed Odyssey with their XP Boost microtransaction.

Thankfully, DOOM Eternal will not feature any type of microtransactions. Rather, the game will only offer cosmetics as unlockable gear and they’ll be unlocked using XP that the player earns from playing. Martin points out that players won’t have to unlock the cosmetics — they’re merely there for players who enjoy them.

To know this is a wonderful thing and yes, I know that the goal of every studio is to make back its money on the development of the game and, of course, make a profit. However, by putting those profits before consumers, microtransactions have been demonized along with studios. iD Software is looking to change that with DOOM Eternal. One can only hope that this causes a change in the industry and hopefully the rest of Bethesda or even EA as players can only take so much more from each studio these days. If not, then the industry needs a lot of help, especially when it comes to microtransactions

0 0
Previous ArticleFebruary’s Games With Gold Are Arriving!Next ArticleDance to Save the Galaxy — in Virtual Reality!