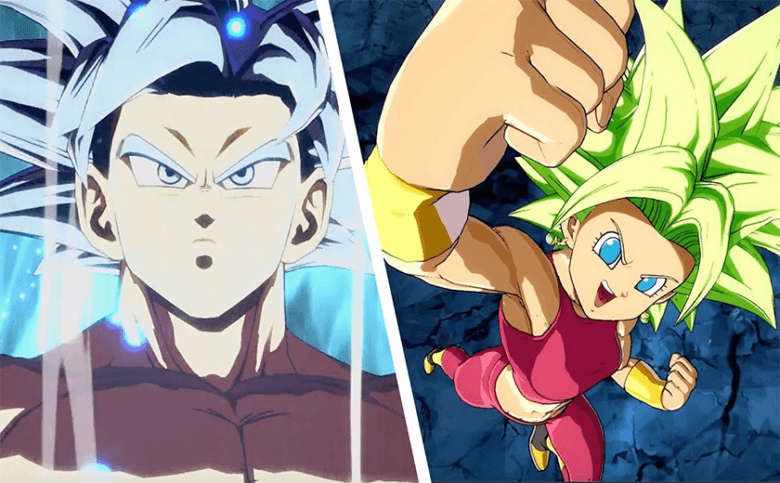 If you are a long-time fan of Dragon Ball Z games, then you most likely have Dragon Ball FighterZ. The game has been out for a little over two years, and the love for this fighting game hasn’t died down at all. Now, Ark System Works and Bandai Namco have announced that its 2D fighting behemoth — Dragon Ball FighterZ — will be getting a third season full of new characters to raise your power levels with.

Out of all five upcoming characters, they have announced only two of them so far. The first to be unveiled was Ultra Instinct Goku, who was first shown off at the DBFZ World Tour Finals this past weekend. UI Goku first made his debut in Dragon Ball Super as the alleged ultimate endpoint of Goku’s power that is comparable with some gods. He’ll be introduced to the game “Spring 2020” as no specific date has been announced yet.

The second character to be confirmed is Kefla, the fusion of alternate-universe Saiyans Caulifla and Kale. She’ll actually be the first character released in Season 3, making her debut on February 28th (February 26th for those who own the FighterZ Pass 3), which is months before UI Goku.

There were hints for awhile that Kefla might be added to the game (as far back as August of 2019), when announcer files for both Kale and Caulifla were mysteriously found and then removed from the game’s files. Six months ago, somebody even predicted that Kefla and UI Goku would be the first two introduced as part of Season 3 (you have to admit, awesome job on that prediction).

Despite launching way back in 2018, Dragon Ball FighterZ continues to go from strength to strength. Its own world finals were held in Paris this weekend, and it has also been confirmed to be one of the main stage games at this year’s Evo — alongside Tekken 7, Smash Bros Ultimate, and Samurai Showdown.

As long as Dragon Ball FighterZ is as popular as it is now, who knows how many seasons it will host. Season Three will be off to a fantastic start, and the team at Ark System Works has a lot of characters to choose from to fill this game for as long as they possibly can … same with stages and music.

Who do you want to see added to Season 3? Let me know in the comments below!