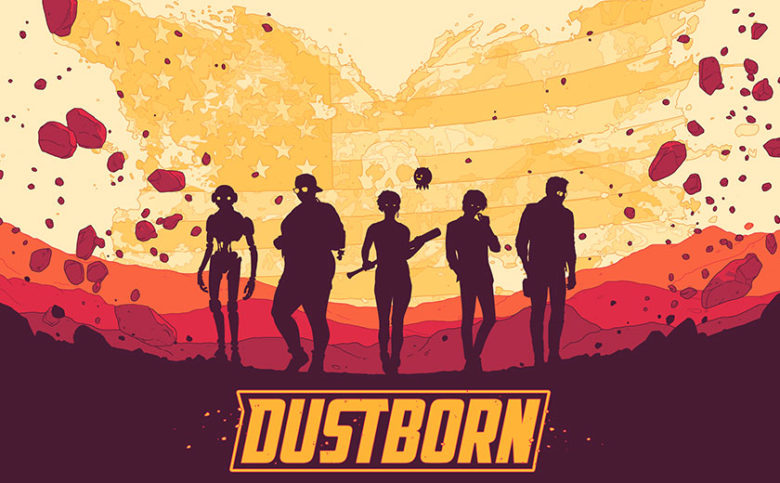 Coming to PC, Xbox and PlayStation next year, Dustborn is a story-driven, road-tripping action-adventure about hope, friendship, love, robots — and the power of words. Red Thread Games, the award-winning studio behind Dreamfall Chapters and Draugen, announced Dustborn in a world premiere at the GamesRadar+ Future Games Show.

Dustborn is a third-person, single-player, story-driven action-adventure. Set in a colourful and perilous post-infodemic world inspired by graphic novels, a band of friends must cross a divided continent, carrying a precious cargo from California to Nova Scotia.

You play Pax: ex-con, outcast, con-artist, and Anomal with superhuman powers fuelled by disinformation. Your job: to transport a mysterious cargo across a Divided States of America. But this is not a one-woman job. The fanatical Puritans are on your tail, the authoritarian Justice is in your way, and you’re four-months pregnant. Joined by a motley band of misfits with their own weird powers, you’ll overcome the challenges that stand in your way…through manipulation, subterfuge, and force.

The road trip starts in 2021 when Dustborn comes to PC, Xbox and PlayStation. In the meantime, pack your bags, wishlist on Steam and stay tuned to https://www.wearedustborn.com.

YOU JUST CAN’T WITHOUT YOUR CREW: Recruit and manage a motley mob of outcasts and misfits with weird powers, compelling personal stories, and conflicting personalities, and manage your relationships through an expressive, branching dialogue system.

THE ROMANCE OF THE ROAD TRIP: On the road you’ll explore new places, take on unexpected assignments, recruit crew members and fight your pursuers. Travel undercover as a folk-punk-rock band, and keep up appearances by learning original songs around the campfire…before proving yourself in an epic Battle of the Bands!