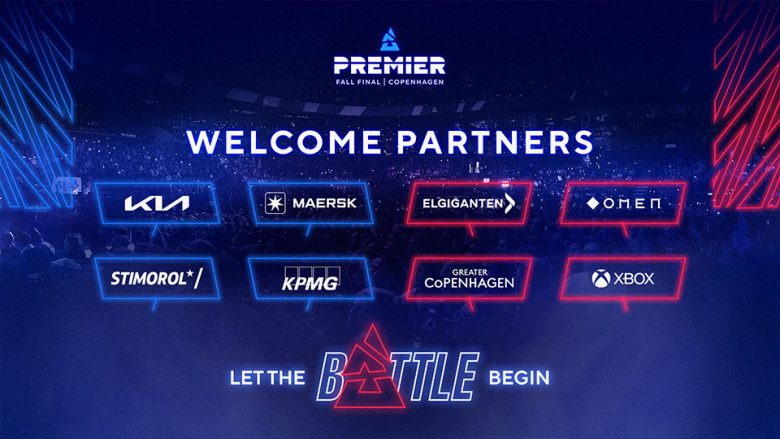 BLAST Premier has brought on board eight new partners ahead of next month’s highly-anticipated Fall Final – the esports tournament organizer’s first LAN event in over 20 months.

Elgiganten, Kia Denmark, A.P. Moller – Maersk, Xbox, OMEN, Stimorol, KPMG, and Greater Copenhagen will all team up with BLAST Premier ahead of the long-awaited return of fans and physical events at Copenhagen’s iconic Royal Arena venue in late November.

The return of arena events with spectators provides a number of exciting in-person opportunities to engage and excite BLAST Premier’s Counter-Strike community at the first LAN event since the London Spring Series in February 2020.

Kia Denmark, A.P. Moller – Maersk, and Xbox team up with BLAST Premier for the first time, with the three brands making their first move into Counter-Strike, while the remaining line-up of partners has a strong history with the Copenhagen-based event.

KPMG, OMEN, and Stimorol will be partnering with BLAST for a third event – following last year’s online Fall Final and the 2019 Pro Series in Royal Arena. November’s tournament will be Elgiganten’s second event after the 2019 Pro Series.

All partners will be activating at BLAST Premier’s eagerly-anticipated return to LAN events at November’s Fall Final – via a number of fan engagement initiatives, giveaways and designated spaces at the venue to activate around on top of digital branding that will reach BLAST’s global audience watching from home.

Oliver Clarke, Head of Brand Partnerships for BLAST, said: “We are thrilled to be welcoming a great, diverse line-up of partners for the BLAST Premier Fall Final in Copenhagen – one of Counter-Strike’s most eagerly-anticipated events of the year. We look forward to creating new activations and content together while capturing the huge fan excitement around BLAST’s return to LAN events and the iconic Royal Arena in November. The return of fans and physical events means we can provide our partners with further value and opportunities to engage and interact with the audience in-person.”

The Fall Final is BLAST Premier’s sixth event of the 2021 season and will see eight of world’s best CS:GO teams fighting it out for $425,000 in prize money along with a place in December’s World Final.