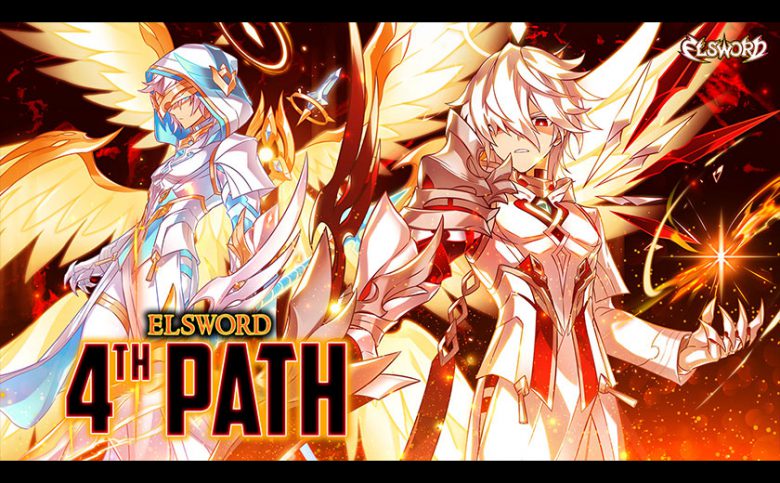 With 14 characters to play, Elsword takes a step further with each class having multiple paths with different gameplay styles to choose from. For Elsword character, he has Knight Emperor, focusing around using his sword, Rune Master, combining the magical power of Runes with swordplay, and Immortal, utilizing a second sword to maximize the power!

Now with his 4th path, Elsword uses the power of the El to strike down his enemies with El Resonance system. Combined with his Way of the Sword system to boost the damage and reduce the mana cost of his skill, he can activate different effects based on the skill he uses. These effects include reducing enemies’ speed and defense to reducing the amount of damage taken.

During the event, players will receive a Character Slot Expansion Card to make their own 4th Path Elsword, and will be rewarded with numerous rewards such as Sage’s Magic Stones to add more stats to their equipment, or the Ultimate Secret Manual to obtain the Hyperactive skill Sanctuary for their Genesis for free! On Saturday, August 7th, 2021 players will be able to receive Magic Wardrobe Tickets, allowing them to choose costume pieces from the Magic Wardrobe to customize their characters.