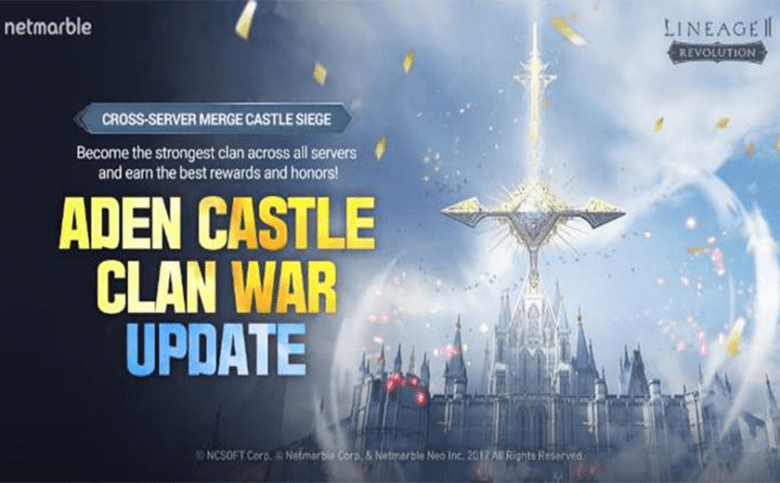 The Aden Castle Clan War content introduces a massive fortress siege between powerful clans of all Lineage 2: Revolution servers. By joining in the fight, a variety of highly valued prizes such as special titles, costumes, and Mount Pets are available for players to collect depending on their performance in the siege. Other items can also be obtained in the Festival of ‘Aden Castle Clan War’ without directly participating in the activity.

To help prepare for this new content, today’s update also extends the max grade of equipment. Starting today, players with UR class equipment can now upgrade their equipment to LR class, allowing them further increases in their statistics and overall combat power.