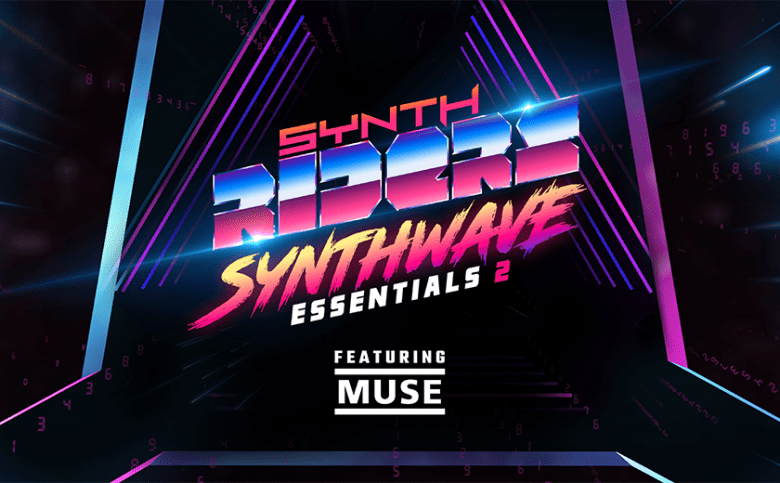 Synth Riders returns to its roots with the “Synthwave Essentials 2” Music Pack headlined by Muse with tracks from their “Simulation Theory” album sitting alongside incredible synthwave classics. This brand new collection is now available on Oculus Quest and Steam featuring 3 free songs, 5 paid DLC songs and a unique visual experience for “Algorithm” by Muse.

Synth Riders is a freestyle-dance VR rhythm alternative with a lively community of fans and solid workout potential. The third music pack for the game is the long-awaited sequel to the game’s original Synthwave Essentials and is headlined by Muse with the first 2 tracks from their synthwave-inspired album, “Simulation Theory,” sitting alongside incredible synthwave classics from FM-84, Gunship, The Midnight, 3FORCE, NINA and Essenger. The pack pays tribute to 80s music culture while blending in future influences of EDM, house, and nu-disco, with catchy tunes, unique voices, soaring guitars, and analog synths galore.

Also, for the first time ever, players will receive a unique playable “Synth Riders Experience” free with the song “Algorithm” by Muse. More than just a stage, this is artistically-driven, immersive visuals delivered in-game that results in the blending of sight, sound, and movement together into a transformative VR experience.

And 3 songs that are free for all players:

With the addition of “Synthwave Essentials 2”, Synth Riders music library now features 67 songs (52 free and 15 paid), with a possibility to extend the collection thanks to official custom song support. The pack also supports the “Play Together” feature for Multiplayer – when the host player owns any paid songs, everyone in the room gets to play them for free.

We have been wanting to make a true audio-visual Synth Riders “experience” for a while now, and I’m incredibly happy with how “Algorithm” turned out, this has opened the doors for us to continue to keep putting music at the foreground of VR!  –  Abraham Aguero Benzecri – Creative Director

“Synthwave Essentials 2” Music Pack is launching today for Synth Riders on Oculus Quest (cross-buy with Rift), Steam, and Viveport. Free songs are rolling out as an update whereas paid DLC tracks can be purchased individually for $1.99, or all together as a bundle with a 20% discount.