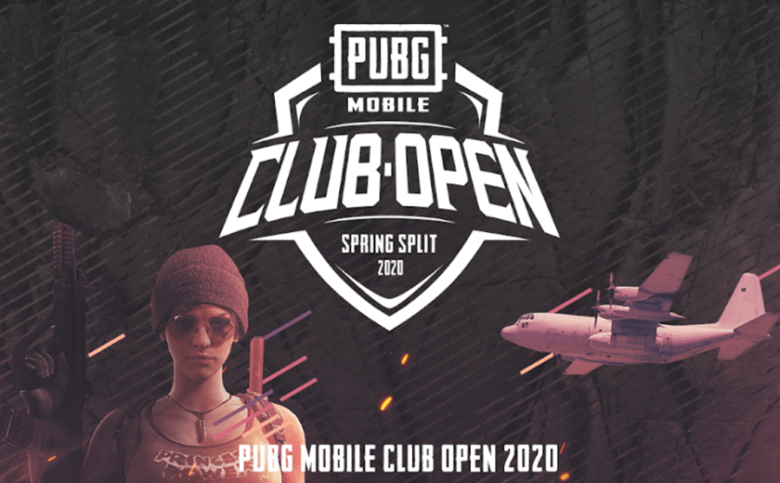 The 2020 official esports program for PUBG MOBILE kicks off today with the registration of the PUBG MOBILE Club Open 2020 (PMCO 2020), open to all players around the world. From amateur, semi-pro to professional levels, all players have the chance to test their skills and fight their way towards the World Championship. The year-round esports tournaments feature an unprecedented total prize pool of $5 million USD, which doubles the total prize money of  last year’s PMCO 2019. 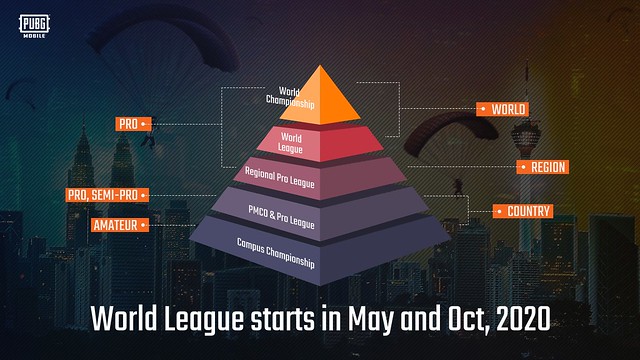 As announced in the PMCO 2019 Fall Split Global Finals, PUBG MOBILE completes the structure of global esports ecosystem, supporting an amateur-semipro-pro as well as country-regional-world level in 2020. The tournaments will kick off with the  PMCO, which by being open to all-level players adds more suitable stages and additional competing chances to all  skill levels from different countries and regions. The PMCO is followed by the Pro- and World Leagues for professional players. The best teams coming out of the various PMCOs will have the chance to qualify for the Pro-Leagues (PMPL) and World Leagues (PMWL).

The Pro-Leagues will feature selected countries and regions, including Indonesia, Malaysia, Thailand, Vietnam and Chinese Taipei (additional information for qualification coming soon in local social media), as well as South Asia and the Americas. The Pro-Leagues will culminate in the World Leagues in May and October, where top pro teams from around the world will convene to represent their respective regions. The best qualified teams will then move on to compete in the World Championship in December for the highest honor and a large chunk of the $5 million USD prize pool.

Last year, more than 50,000 teams from around the world tested their tactical tournament grit in the PMCO 2019 throughout the Spring and Fall Splits, watched by millions of viewers worldwide. The tournament concluded with over 532 million total views tuned in the official livestream and 57 million total hours watched (excluding China platforms).

Beginning today until Tuesday, Jan 21, all players are welcome to register for the PMCO 2020 Spring Split competition via the PUBG MOBILE Club Open official website. From Jan 23 to Feb 2, registered teams will compete in online qualification matches, with winning teams qualifying to move on in the tournament. 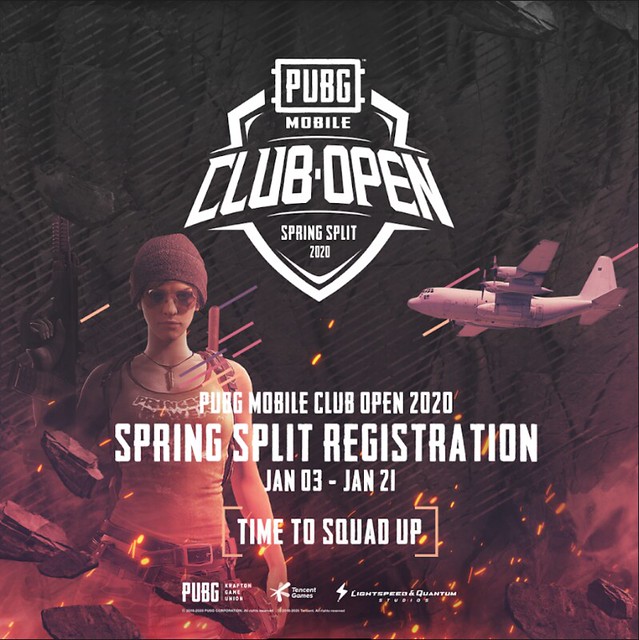 With the kick-off of PUBG MOBILE esports program in 2020, PMCOs represent the entry gate to the World Championship, the final fight for the greatest honor and largest prize money. The best teams that stand out from PMCO 2020 will qualify for the next level of competition: The Pro- and World Leagues, where even larger stages and additional professional support awaits.