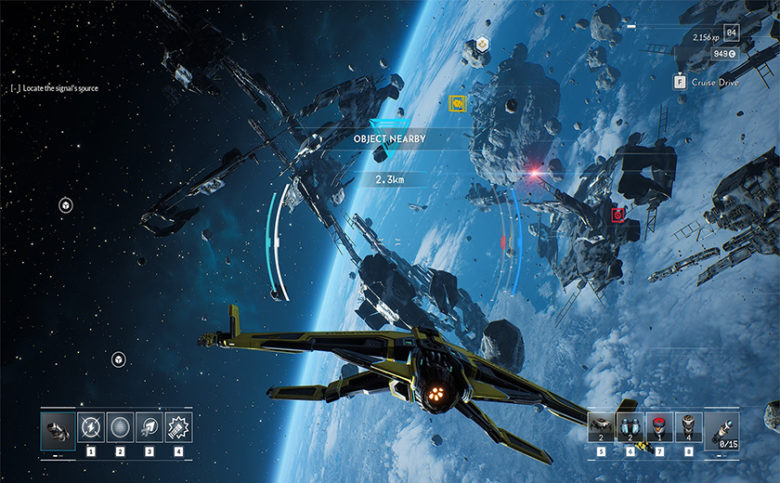 The Kickstarter campaign for EVERSPACE™ 2 with a funding goal of $493,000 USD – by far the most ambitious video game crowdfunding campaign from Germany this year – ended after a thrilling end rally bringing in $560,069 USD from a total of 7979 supporters. After the initial campaign goal was reached in a brilliant final sprint, the first stretch goal “The Ancients’ Rift” was unlocked only 22 hours later, only minutes before the campaign ended. Thanks to this stretch goal, daring space pilots can look forward to extra valuable loot and increasingly difficult challenges in the end game. 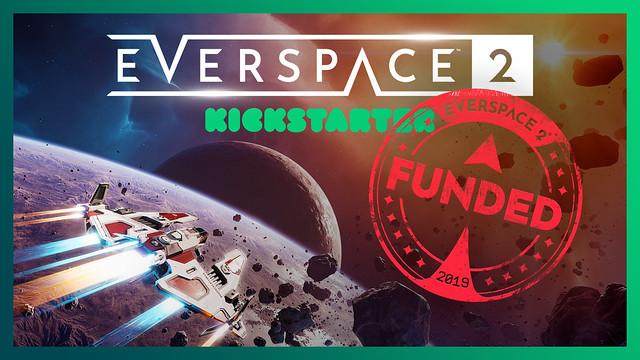 Backers who supported the EVERSPACE™ 2 Kickstarter campaign at the Standard Edition or above levels can look forward to playing the prototype version of EVERSPACE™ 2 which has been shown at numerous gaming events. This prototype version is expected to be released to backers in mid-December 2019. The Hamburg-based team is currently adapting the prototype for PCs with different performance levels and graphics options to provide the best possible player experience even at this early stage.

The ROCKFISH Games team has recorded a short vlog thanking their partners and outlining a few next steps for the project:

Space shooter fans who missed the Kickstarter campaign can still participate in the project or get a pre-order discount of 12% on the Steam Early Access version of EVERSPACE™ 2 at the ROCKFISH Games Store. A selection of rewards from the Kickstarter campaign, such as various levels of pre-early access and digital goodies like the original soundtrack or artbooks from EVERSPACE™ 2, are also available.

“After our fans pushed through to the funding goal with an incredible effort Sunday night, we saw our community keep up that fighting spirit into the four hour grande finale live stream to also unlock the first stretch goal, before the end of the campaign on Monday midnight,” says Michael Schade, CEO and co-founder of ROCKFISH Games. “We are absolutely overwhelmed by the passion and confidence our fans have shown. We are well aware that this is not to be taken for granted nowadays and would like to express our deepest gratitude to all supporters once again. Now, we can develop EVERSPACE 2 as planned with close connection with our community and – as requested by our fans – release it first on Steam Early Access in September 2020.”

Parallel to the successful conclusion of the Kickstarter campaign, the enormous general visibility of EVERSPACE™ 2 on the internet, especially on Twitch and YouTube as well as on social media, and a massive sales promotion of its predecessor including all DLCs on Steam, generated a further 20,000 Steam wishlist entries for EVERSPACE™ 2 in the last four weeks.

The campaign with all information can be found here:

0 0
Previous ArticleGentlemen, start your engines! Gear.Club Unlimited 2 Porsche Edition is launching on November 19!Next ArticleTUNE IN FOR THE 2020 POKÉMON LATIN AMERICA INTERNATIONAL CHAMPIONSHIPS