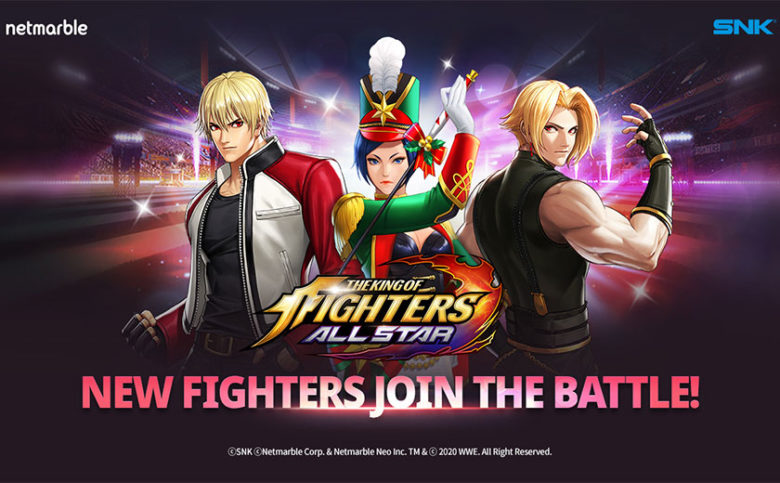 Netmarble released a brand new update for its popular mobile action role-playing game (RPG) THE KING OF FIGHTERS ALLSTAR, delivering a slew of new fan-favorite fighters to the game alongside a plethora of Battle Cards for players to collect. This month’s update also brings with it several in-game events, allowing players more opportunities to collect new rewards and further strengthen their favorite fighters.

A total of 21 new fighters have been added to the game, all of which can be obtained through Fighter Summoning, and through the Roulette Wheel. These new fighters include three FES grade characters – AS Elizabeth, XIV Rock Howard, and 03 Adelheid. New Special Battle Cards, Set Battle Cards and Option Battle Cards are also available for players to collect.

Other new additions to THE KING OF FIGHTERS ALLSTAR’s latest update include:

THE KING OF FIGHTERS ALLSTAR boasts fast-paced fighting action as players battle through waves of enemies, giant bosses, and rival fighter teams. The excitement is paired with cutting edge graphics, bold colors, and lightning-fast animations. In addition, this game features all of KOF’s classic fighters from ’94 to XIV, with more than 130 fighters available to collect, along with more to come with seasonal events, collaborations with popular IP such as TEKKEN 7, WWE, and SAMURAI SHODOWN, and additional content updates on the way for players.