This past weekend, fans from around the world gathered in New York City to participate in the hit mobile game FINAL FANTASY® BRAVE EXVIUS®’s livestream event. There, SQUARE ENIX® announced several upcoming in-game promotions, events, and content updates for the game. To watch a replay of the NYC Livestream Event and see the announcements as they happened, visit: 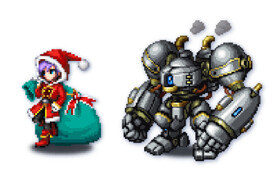 0 0
Previous ArticleMonstercat teams up with Rocket League and iam8bit to bring the first ever Best Of vinyl to fans!Next ArticleFresh New Trailer for Under Night In-Birth Exe:Late[cl-r] Released